Their friendship formed over a mutual love for a Stevie Wonder tune, and Dusk + […] 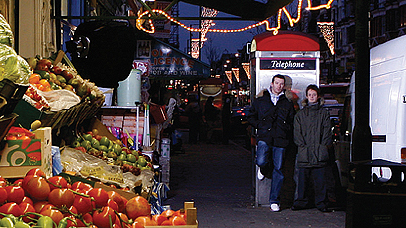 Their friendship formed over a mutual love for a Stevie Wonder tune, and Dusk + […]

Their friendship formed over a mutual love for a Stevie Wonder tune, and Dusk + Blackdown have been DJing and producing music together ever since, rolling out the dubstep and grime beats and generally causing havoc on the dancefloor. Based in London, they also run Keysound Recordings (which is to release the duo’s debut long-player Margins Music on August 18), and capture the dark environment of their city through their music. “Of those making dark beats in London, the only single factor that united everyone was their London surroundings,” says Blackdown.

Thus, for this installment of the XLR8R Podcast, the boys prepped a very special exclusive mix that distinctly calls to mind the urban landscape of their hometown. Even better, most of the tracks on this hour-long mix are unreleased cuts that won’t see the record store shelves for some time. Two-step, grime, dubstep, and more come courtesy of Skream, Wiley, Zomby, Al-Haca, and others. If it’s rapid-fire lyrics, menacing basslines, and anxious, wobbly rhythms you’re looking for, hit download now.

While we’re at it, check the video for Dusk + Blackdown’s “Margin Music,” featuring grime MC Durrty Goodz, singer Farrah, and a cameo from Blackdown himself. This is the debut visual feature from Blackdown and director Jonathan Howells, shot on location on the edges of London, and it certainly does not disappoint.