Southern California’s Jonwayne is an imposing figure. First of all, he’s quite literally a huge […] 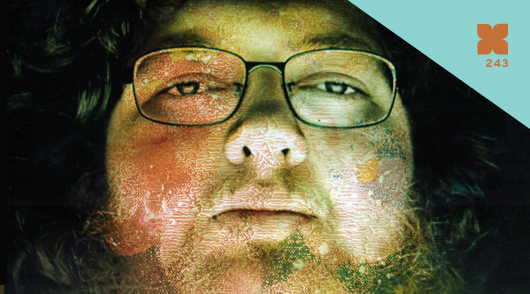 Southern California’s Jonwayne is an imposing figure. First of all, he’s quite literally a huge […]

Southern California’s Jonwayne is an imposing figure. First of all, he’s quite literally a huge dude, someone who brings a sort of bearded, mountain-man aesthetic to the world of Low End Theory and the extended beat scene. Second, and more importantly, it seems like the former Bubblin’ Up producer and rapper never stops working. Shortly after signing to the venerable Stones Throw label, which recently reissued an expanded version of his Oodles of Doodles beat tape and also plans to release a proper Jonwayne album later this year, the entrepeneurial young artist dropped This Is False, a free album/mixtape he described as, “not so much a pile of songs as it is an executed concept in viewing how our surroundings change our energy and vibrations.” Now, he’s followed that up with an exclusive mix for the XLR8R podcast series. While a quick glance at the tracklist might lead one to believe that it’s simply a hip-hop mix—albeit a solid one—that would ignore Jonwayne’s inclusion of choice bits of avant funk, experimental noise, vintage synth-pop, and tripped-out soundtracks. Combined with his penchant for playful knob-twiddling, the songs coalesce into a podcast that’s highly engaging, for hip-hop diehards and novices alike.