Clearly, Legowelt (a.k.a. Danny Wolfers) is a bit of an eccentric. For more than a […] 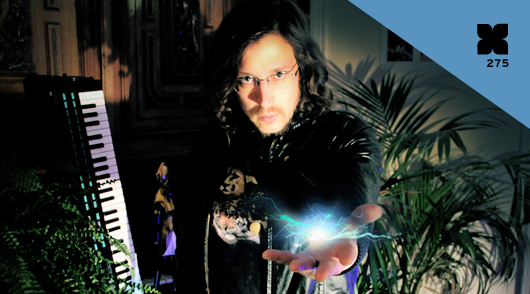 Clearly, Legowelt (a.k.a. Danny Wolfers) is a bit of an eccentric. For more than a […]

Clearly, Legowelt (a.k.a. Danny Wolfers) is a bit of an eccentric. For more than a decade, the Dutch producer has been turning out various shades of electronic music, utilizing literally dozens of different monikers in the process. The man works at a remarkably prodigious rate, a pace which incredibly only seems to increase with each passing year. Amidst all the releases—not to mention the countless tracks he posts online that never officially see the light of day—Wolfers somehow manages to not only maintain a true clarity of artistic vision, but also an impeccable level of quality. Dabbling in house, electro, techno, disco, ’80s funk, freestyle, and more, Legowelt can always be counted upon to celebrate the wonders of vintage synths and drum machines, yet his music never comes off like a rehash or a simple exercise in nostalgia. His latest outburst is The Paranormal Soul, a full-length for the storied Clone imprint. The album dropped last week, so we figured now would be a good time for Wolfers to work a bit of his weird magic on the XLR8R podcast series. As he often does, Legowelt has loaded the mix with his own productions, many of them unreleased. Yet this is no one-note effort; there’s a continuous thread of rich synth melodies and analog drum patterns, but Wolfers traverses a lot of territory during the course of the nearly 90-minute podcast. Listening provides a unique look into the mind of a real original, along with the chance to hear a lot of choice tunes that might never surface elsewhere.