Describing the work of Oneohtrix Point Never (a.k.a. Dan Lopatin) is no simple task. While […] 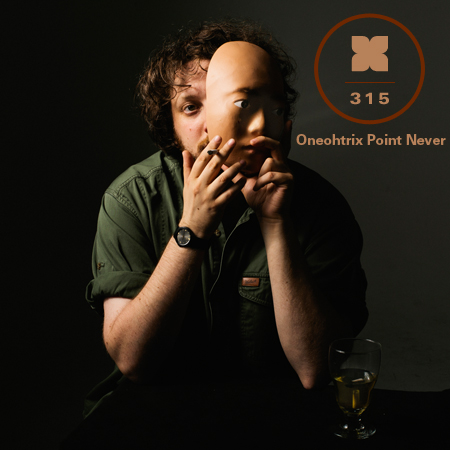 Describing the work of Oneohtrix Point Never (a.k.a. Dan Lopatin) is no simple task. While […]

Describing the work of Oneohtrix Point Never (a.k.a. Dan Lopatin) is no simple task. While the Brooklyn-based producer initially made his name with a series of trippily drifting synthscapes, recent years have found him consistently expanding his artistic vision, to the point where describing his “sound” is all but impossible. Today finds Lopatin releasing the excellent R Plus Seven, his latest full-length and first for the storied Warp imprint. Though his synth wizardry is still part of the equation, the LP further solidifies Oneohtrix Point Never as an experimental force, an artist who’s taken stock of musical history and is unafraid to assemble challenging and highly conceptual worlds of sound. That’s why we were so excited at the prospect of Lopatin putting together an exclusive mix for the XLR8R podcast series; there was little doubt that he would craft something that was both engagingly detailed and stunningly off the wall. Glancing at the tracklist, there’s little question that Lopatin put a ton of time into the mix, as the podcast not only runs for nearly two hours, it also spans multiple decades, genres, and continents. As it unfurls, Lopatin flashes a unique ability to connect the dots between seemingly disparate points of the musical universe, and often does so with a genuine sense of humor, which makes the listening experience all the more enjoyable. (For instance, the artwork below is something that Lopatin insisted we include with the mix.) R Plus Seven is a real triumph, but Lopatin’s podcast is a similarly accomplished effort, not to mention a collection of music that’s absolutely enthralling in its own right.