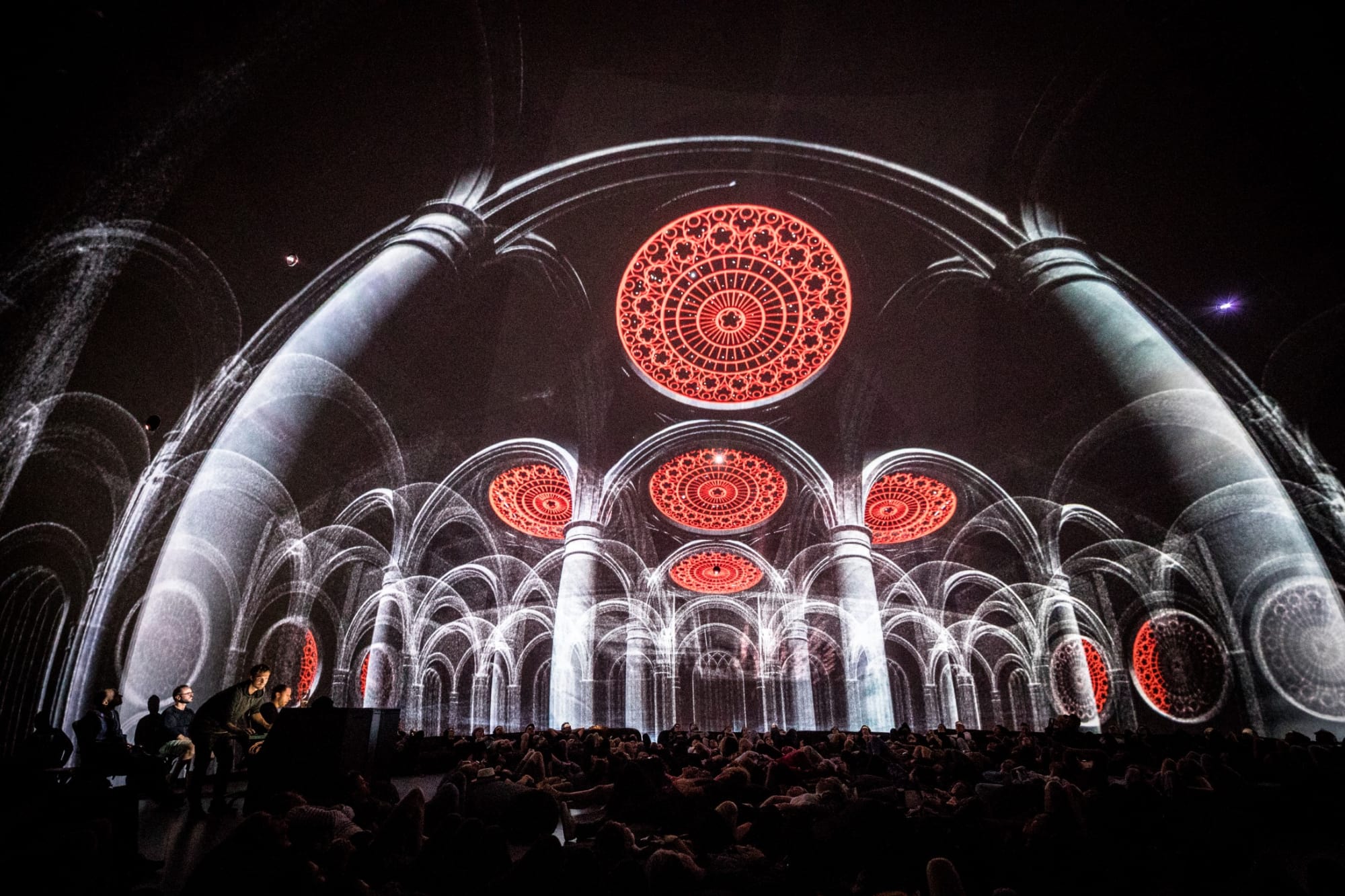 As the festival market grows with every year, it becomes harder and harder to stand out amongst the countless events on offer across the globe. New promoters are having to come up with inspired formats and locations to lure punters in with a delicate balancing act between accessibility and uniqueness, while long-running institutions look to stay fresh each year with reputable forward-thinking bookings. August’s festival offering is a manifestation of this trend, with finely-tuned veterans and newcomers to the festival scene presenting a range of inspired events, from raves in abandoned power stations to technology-driven audio-visual feasts.

The Craig Richards-curated Houghton Festival was, arguably, the festival highlight of last summer, establishing it as the go-to UK festival for underground styles. With the scenic English countryside setting of Houghton Hall as its backdrop, and the stages and environment designed by the people behind Gottwood, Houghton makes for a truly magical experience. Add to that some of the finest DJs in the world playing non-stop music for four days with a free-form music policy and a nonchalant attitude toward set times, and you have an almost faultless formula. Unfortunately, the success of last year has meant that tickets sold out almost instantly this year but if you managed to get one you are in for a treat. Our picks of the new names include Zip, Binh, Francesco Del Garda, and Move D, joining the likes of Ricardo Villalobos, Sonja Moonear, Ben UFO, Magda, Optimo, and Margaret Dygas for their second year.

For its fifth anniversary, Sonus has added even more quality names to its already hugely impressive lineup. Craig Richards, Digby, Cezar, Ricardo Villalobos, Jamie Jones, Peggy Gou, and many more will play the five-day festival on the gorgeous coastline of Pag Island. Sonus is a festival that transcends many different styles within dance music, integrating more commercial-leaning artists with underground heads to great effect—you can, for example, experience Len Faki melting minds with rolling, heavy techno and later get lost in the minimal grooves of Rhadoo. Set in five club settings on the beach, all fitted with quality sound systems, the music and views alone make the journey worthwhile.

Year on year, Dutch electronic music institution Dekmantel has proven how to put on a festival while presenting interesting, left-field bookings. The sound system and stage settings are second-to-none, the queues minimal, the crowd knowledgeable and respectful, and the music is in a class of its own. This year you can catch artists such as A.R.E. (a.k.a. Shabaka Hutchings, Hieroglyphic Being, and Sarathy Korwar), Orbital, Ricardo Villalobos, Gesloten Cirkel, Errorsmith, Modeselektor, Helena Hauff, Shackleton, Rødhåd, DJ Stingray, Jamie xx, and Carl Craig (presenting his Versus Synthesizer Ensemble). Once again taking place in Amsterdam Bos and running from August 1 to 5, Dekmantel should be at the top of the list for any discerning dance-music fan.

Dimensions Festival has become a major attraction for those who want to catch diverse bookings in a beautiful and perfectly executed environment. The setting of Dimensions is a major selling point; located on a peninsula 20 minutes from the historic city of Pula, the festival takes place in an abandoned 200-year-old fortress overlooking the Adriatic sea. Kraftwerk are the main headline act this year and the inadvertent founding fathers of techno are in great company for the opening night at the iconic Roman amphitheatre, performing alongside Nils Frahm, Moodymann, Nubya Garcia, Josey Rebelle, and Debora Ipekel—and that’s just the first night. Artists from across the electronic musical lexicon are also set to play across the festival’s run, including Steve O’Sullivan (live), Margaret Dygas, Nina Kraviz, Pearson Sound, Skee Mask, Nicolas Lutz, Bonobo (DJ), Children of Zeus, and many more.

The second edition of Waking Life takes place from August 15 to August 19 near the medieval town of Crato, Portugal. The five-day arts and music festival continues the success of last year with names such as SIT, Vlada, Thomas Melchior, Priku, Call Super, Kettenkarussell, and many more. Portugal has built up a reputation as a fastly growing hub for good music and events over the past few years due to liberal licensing laws—a perfect environment for underground music to flourish. The setting for Waking Life is vast and deserted, situated in a village in Northern Alentejo, which is known as one of the most deserted regions in Southern Europe. Another magical environment to catch some of the best DJs and live acts in groove-based electronic music.

Belgium’s Voltage Festival is one of the most unique festivals on the techno market. Voltage goes down at an old abandoned electricity plant in Transfo Zwevegem from August 18 to 19, and will feature some of the leading names in contemporary techno, including the b2b pairing of Ancient Methods and Tommy Four Seven, Rrose, Cosmin TRG, Chris Liebing, Inigo Kennedy, Headstrong (a.k.a. Clouds & Randomer), Kr!z, MPIA3 (Truss), Slam, Speedy J, SP-X (hybrid live), SHDW and Obscure Shape, 999999999, Boston 168, Phara and Border One, and Perc and Ansome, the latter of which will play a special live hybrid set.

The rave will run across three stages: Turbine, Anode, and Rotor. Turbine is the industrial indoor component, situated in the center of the electricity plant; Anode is the awe-inspiring outdoor stage, located right under a twisting array of power lines and nodes; and Rotor, another outdoor stage that sets its focus on emerging Belgian artists, shows the festival’s commitment to supporting the growing local scene.

Techno fans, don’t sleep on this one.

Continuing the strong contribution from Portuguese festivals in August is Neopop. Set in the beautiful coastal city of Porto, Neopop has an envy-inducing lineup full of some of the biggest names in dance music. Headlining this year are the consistent party starters Apollonia, German techno don Ben Klock, St. Germain, Iva Smagghe, Nina Kraviz, Nastia, Jeff Mills, Fjaak, and many more. Each day will go down across a set of large stages with incredible visuals at a historic port next to the sea. The coastal town of Viana do Castelo is a destination worth visiting on its own, so we recommend staying after the festivities to take in the local sights and scenery.

This year’s MUTEK Montréal highlights women in music, running in conjunctions with its focus on live electronic music and visual art performances and technology. Always a gem in the festival calendar, MUTEK will this year feature performances from Caterina Barbieri, Machine Woman, RAMZi, Honey Dijon, Anthony Linell (a.k.a. Abdulla Rashim), Chloé, Moomin, Dasha Rush, Kenny Larkin, Equiknoxx, and many more. This year will be MUTEK’s 19th year in the game and after nearly two decades in operation, it’s staggering that they so consistently deliver one of the best festival experiences on the planet.