XLR8R staff share our top festival picks from around the globe in May. 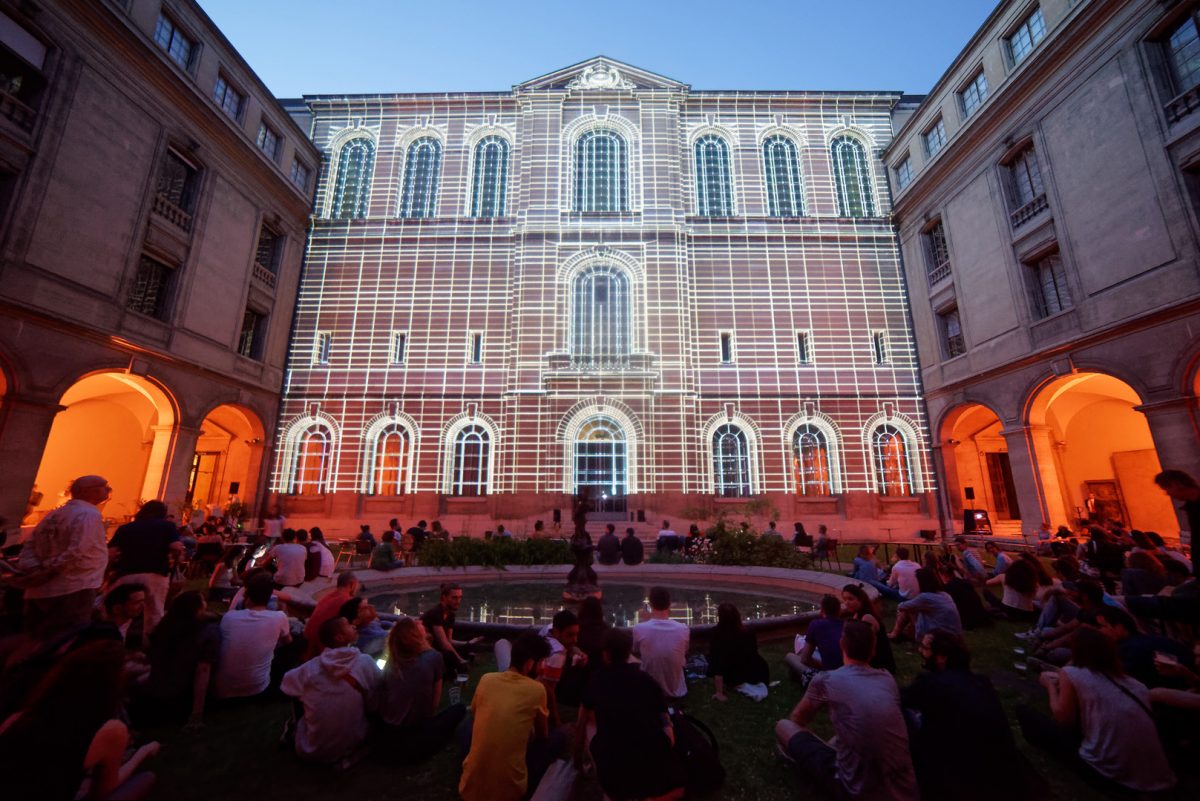 XLR8R staff share our top festival picks from around the globe in May.

Another month and another round of festivals to detail—and this roundup is particularly strong with some of the world’s most decorated events in the diary. Those in Europe can enjoy the likes of Nuits Sonores and Lighthouse, in France and Lyon respectively, while those more experimentally inclined can travel to Geneva, Switzerland, for Mapping Festival, one of the world’s leading multidisciplinary events dedicated to audio-visual art and digital cultures. Rounding off the European side is Prague’s UP Festival, a new event that brings some of the leading names in contemporary house and techno to the Czech capital for the first time. Elsewhere, Detroit will once again host Movement, which needs little introduction, while San Francisco will see a debut edition of Mutek, featuring the solo live premiere of dub techno innovator Moritz Von Oswald, live sets from Detroit techno-electro innovators Aux 88 and Cómeme label head Matias Aguayo, and sets from Lee Gamble, Tim Hecker, Equiknoxx, Telefon Tel Aviv, Underground Resistance’s Galaxy 2 Galaxy, Kyoka, Convextion, Francesco Tristano & Derrick May. Rounding up the US side is Moogfest, a gem in the US festival market. More info below.

As pointed out in last year’s review,” few festivals can propose a diversity as rich in programming as Nuits Sonores.” The annual event boasts both a day and night program, with events running in various industrial and historical locations across the city from May 6 to 13 in Lyon, France—although the main day and night events are planned Wednesday, Thursday, Friday, and Saturday (9 to 12).

XLR8R will also host a party this year at roof-top venue Le Sucre in the city’s center, headed up by WHITE artist Edward (DJ), Serbia’s Tijana T, and Leeon.

UP Festival—May 11 to 13, Prague, Czech Republic

From May 11 to 13, Prague’s UP Festival will take over one of the city’s oldest—and most famous—landmarks Vystaviste Holesovice. This is the festival’s inaugural edition and the first Prague event to feature techno, house, and electronica in one place. You can expect 72 hours of high-quality dancefloor music by an array of highly-regarded talents in the scene, including Ricardo Villalobos, Magda, Sonja Moonear, Ion Ludwig, Barac, Vera, Luigi Tozzi, Nils Weimann, Fatty M, Schwa, Ellen Allien, Apollonia, Praslesh, Bella Sarris, Molly, Anthea, Oshana, Topper, Varhat, Janeret, Brothers Black, and local acts Jorgos, Oliver Torr, Em Ju Es Aj Si, and Bruno Curtis, among others.

With ticket prices topping out at 50 euros, UP Festival provides an affordable alternative to many of its competitors in Western Europe—and with its base in a country that has been relatively dormant in the scene, the festival will look to put Prague and the Czech Republic on the map with a bang.

Geneva’s Mapping Festival is an annual multidisciplinary event dedicated to audio-visual art and digital cultures. The event will run from May 9 to 12 in the new urban campus of the Haute Ecole d’art et de design Genève (HEAD), in the Charmilles district of Geneva, with scheduled performances from the likes of Plaid and Felix’s Machines, Alessandro Cortini, Inga Mauer, Moritz Simon Geist, Tobias, Lanark Artefax, Tolouse Low Trax, N.M.O., NSDOS, and Patrick Russell.

There will also be two 12-hour days of workshops and lectures (May 9 and 10) followed by two 12-hour evenings specifically devoted to live performances (May 11 and 12). This includes Paradigm_Shift, an international forum featuring a series of talks, keynotes, and discussions from artists, creatives, curators, philosophers, and scientists on the theme “Human + Machines by Design, not by Default”; 13 workshops curated by Alexander Scholz of the CreativeApplications.net platform, offering education on new creative coding and machine learning, synthesizers, embodying data, and augmented reality; and live audio-visual performances, including a visual symphony that illuminates buildings (Antoine Schmitt), a musical creation played by robots (Moritz Simon Geist), an invention that transforms and levitates water with the help of sound (Evelina Domnitch & Dmitry Gelfand), and an installation that produces music thanks to tennis balls launched at a speed of more than 150 km/h (Philip Vermeulen).

The first edition of MUTEK San Francisco goes down from May 3 to 6 across nine different venues in the city, taking in audiovisual performances, parties, and outdoor events. It’s also helmed by two experienced co-directors in Surefire Agency founder Miroslav Wiesner and Gabrielle de Villoutreys.

As is the case with MUTEK, there will also be a variety of audiovisual and experiential artworks, including iAltar from Brian Reinbolt, The Chamber of Cerebral Geometry from Craig Dorety, Immersive Constructions from Last Faith Studio and Subpac, Strobe Piece from Greg Zifcak, and Lux Aeterna from Joey Verbeke & Yağmur Uyanık, among others.

Moogfest is a gem in the US festival market, providing an often overlooked synthesis of music, art, and technology. Since its inception in 2004, the event has brought an inspired list of artists, futurist thinkers, inventors, entrepreneurs, designers, engineers, scientists, and musicians to its Durham, North Carolina, home base. This year’s Moogfest runs from May 17 to 20. By day, Moogfest acts as a platform for conversation and experimentation; by night, you’ll find forward-thinking music in various venues throughout the city. This year’s lineup features early electronic pioneers and pop and avant-garde experimentalists, including LCD Soundsystem, synth explorer Gavin Rayna Russom, gender-ambiguous theremin virtuoso Armen Ra, Fatima Al Qadiri, DJ Maliibu Mitch, left-field pop maven SOPHIE, and the US debut of revered Japanese multi-instrumentalist Midori Takada—leading on from previous years, these artists will participate in Future Sound performances by night and lead Future Thought workshops and conversations by day. There’s also a focus on female, non-binary, and transgender artists, including a keynote conversation with privacy rights and political transparency activist Chelsea Manning on The Future of Creativity. If experimental, future-facing music, technology, and critical thinking is your thing, you’d be hard-pressed to find a better offering then this year’s Moogfest.

Details of Croatia’s Lighthouse Festival 2018 are yet to be revealed but it’s sure to be another memorable few days. The annual event, now on its sixth edition, is led by the Viennese team behind Pratersauna but is an international effort, with crew coming from all over Europe. Previous editions have seen the event gain a strong recognition in what is a saturated market in Croatia, so much so that this year’s edition is already in part sold out, with only 300 remaining festival-only tickets set to be released. Capacity is limited to 3500 guests, and to keep the family spirit they’ve created a closed community with a special “friends of friends” invitation system. On the bill are Avalon Emerson, Bambounou, Or:la, Ryan Elliott, Moodymann, e/tape, so many more—easily one of the finest lineups out there. If you can go, go.