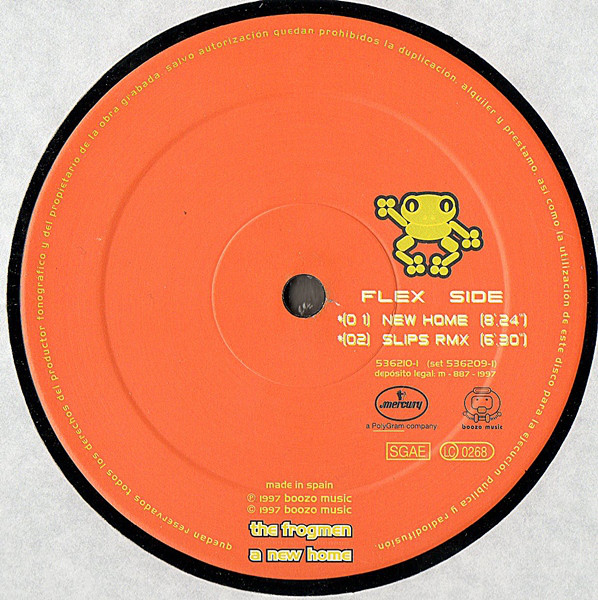 In support of XLR8R+ and independent music, we’re compiling 10 of our favorite Discogs gems into an easy-to-digest list each month; all submissions come from independent labels. You’ll perhaps know some but you’re unlikely to know them all—but these are some of the tracks that are on repeat week after week in the XLR8R offices.

XLR8R+ is a monthly subscription service to complement the main XLR8R site. By subscribing, you’re helping to allow us to continue doing what we’ve been doing for over 25 years: finding, curating, and serving the best electronic music out there, without paid influence. Each month, we share three unreleased tracks from three different artists that we feel are pushing the scene forward in inspiring ways. These tracks will be available for download in high-quality WAV format, alongside a range of other content. Join our movement to keep independent journalism alive. You can find information on the latest edition of here. XLR8R+ 013 features tracks by Fluxion, Silverlining, and Redeyes, plus a sample pack from Keita Sano.

Late ’90s tech-house is not a sound you would initially associate with Spain. However, in 1997, Frogmen (a.k.a Leandro Gamez and Toni Rox) from Madrid released an album full of groove-laden slammers, with “New Home” being the pick of the bunch. You can pick the album up for $60—well worth it for the number of gems across the double vinyl package.

Although originally released in 1970, it wasn’t until 1997 that Tesfa Maryam Kidane’s “Heywete” got a global release on Éthiopiques 1—Golden Years Of Modern Ethiopian Music 1969-1975. In the dying years of emperor Haile Sellaisse 1, and at the first stirrings of a brutal military dictatorship, soul groups and jazz bands started to join forces by playing in underground venues and forming collectives with a unique sound based on classic American jazz. Tsefa Maryam Kidane was a key member in this movement and became globally known for his saxophone skills and endless amount of quality recordings. “Heywete” is a mesmerizing piece of jazz straight from the heart, and knowing that it was created during a period of turmoil and oppression makes it all the more special.

The Council Estate of Mind LP, released 15 years ago, may be readily available on CD and via streaming, but this genre-defining UK hip-hop masterpiece is definitely worth having in your vinyl collection. Skinnyman, the artist behind it, used it as a platform to speak about the struggle of living on council estates and surviving poverty amongst the worst-hit areas of London during the rise of New Labour, led by Tony Blair; it’s a documentation of the hardships that remained ever-present for the neglected areas of society. We could have picked any track on the album but we’ve gone for “Day to Day Basis,” mainly because of its lyrics: “The dreams we used to have are gone, for those hopes are basic needs, we’re in the bottom of the barrel, tryna fight for life’s necessities.” One of the best UK hip-hop albums ever.

DJ, producer, and label owner Ewan Smith was born in Scotland but raised in Yorkshire, and has been living in Berlin since 2013. He has a plethora of top releases under multiple aliases and you could spend a very enjoyable few hours going through his back catalog unearthing quality gems. “Sofa Surfa” is taken from the outstanding Pinger EP—although an honorable mention must go to “Bad Orb,” as it could just have easily of made the cut. “Sofa Surfa” is a track that I come back to more regularly than the others, as it’s one for any mood or generation—plain and simple.

Turkish techno-wizard Onur Özer is one of the most well-respected DJs and producers in the business. Now based in Berlin, he is known for his distinct electro grooves and trippy melodies. “Maze,” released on the Envy EP in 2005, is a perfect mix of wiggy and intense techno, ideal for dark dancefloors in the early hours. Look out for the incredible drop around three minutes and 50 seconds in.

American trio Gee Crew (made up of Steve Gronback, James L. Garrett Sr., and John D. Mitchell) only released one track, “Freakenstein,” an electro/hip-hop orientated banger that dropped in 1983. With only one for sale at £157, it’s not easy to get your hands on it, but if you do, you’ll be keeping it in your collection for a lifetime.

Silverlining is one of the finest house and techno producers in the game with an almost countless number of timeless records under his belt. One of his tracks has already featured in our gems series, but considering that his most recent single, “Kewakagroove,” dropped on the latest edition of XLR8R+, we thought it only right we add another classic into the mix. “Stolen Baggage” is a euphoric masterpiece, released on one of the most iconic labels in electronic music, the UK-based Euakahouse.

You can get “Kewakagroove” by subscribing to XLR8R+ here with a snippet below.

LSDXOXO (a.k.a Rashaad Glasgow) is a Brooklyn-based producer who transcends genres with his own brand of diverse and raw, high-energy club music. “Burn” was released on his Softcore mixtape in 2014, and has a hypnotic hook and hip-hop/bass groove which isn’t dissimilar to some of Galcher Lustwerk’s work. Catch the extremely talented LSDXOXO on the upcoming XLR8R+ edition.

Michael J. Mani and Colin Brown make up Relative Progress, a duo who released one record in 1996, an LP full of deep house and techno bangers. From the album, we’ve gone for the A1, “New Horizons,” a dreamy cut with floating pads and a dancefloor-ready beat. Through a friend, I was lucky enough to hear the LP in full and can tell you that it’s a timeless record that you won’t ever want to stop playing.

This Australian electronic group formed in 1990 in Melbourne, made up of Davide Carbone, Josh Abrahams, and Steve Robbins. FSOM stands for Future Sound Of Melbourne, which is also the name of their label. FSOM had a string of releases from 1992 to 1995 but we’ve gone for “Meglamania.” With its acid house piano chords and euphoric vibe, it’s a track that wouldn’t sound out of place if it were dropped at the Hacienda back in the day. It recently featured in Craig Richards and Ben UFO’s b2b set at Glastonbury—a stone-hard classic.