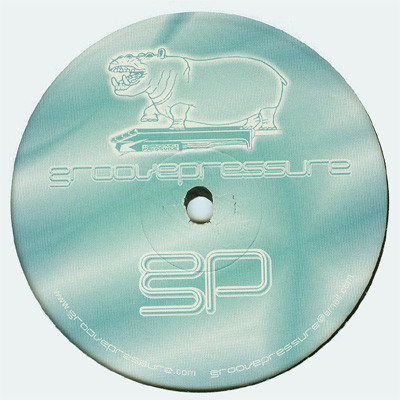 In support of XLR8R+ and independent music, we’re now compiling 10 of our favorite Discogs gems into an easy-to-digest list each month; all submissions come from independent labels. You’ll perhaps know some but you’re unlikely to know them all—but these are some of the tracks that are on repeat week after week in the XLR8R offices. For our sixth edition of 10 Discogs Gems, we’ve gone for a techno, garage, disco, and dub-inspired list.

XLR8R+ is a monthly subscription service to complement the main XLR8R site. By subscribing, you’re helping to allow us to continue doing what we’ve been doing for over 25 years: finding, curating, and serving the best electronic music out there, without paid influence. Each month, we share three unreleased tracks from three different artists that we feel are pushing the scene forward in inspiring ways. These tracks will be available for download in high-quality WAV format for the duration of one month; subscribers for that particular month will have them. They will not be available anywhere else and there will be no access to archived material—join our movement to keep independent journalism alive. You can find information on the latest edition of here. XLR8Rplus 008 features cuts from Levon Vincent, Bruno Pronsato, and Lawrence.

Anothy Rother made a name for himself in the late ’90s in the midst of Germany’s electro scene and is known for creating some of the most influential records within the genre. However, as the case is with a lot of great producers they don’t just stick to one style of music, Rother produced “Untitled A3” in 1997, a techno roller released through the German label i220 on the Warm EP. It starts off with an electro style beat but then meanders into a techno club track with dreamlike pads. For more information on Anthony Rother, read our studio feature here.

Since 1998, Calibre (a.k.a Dominick Martin) has been releasing tune after tune and we could have picked a host of his tracks but  went for the lesser-known “South Self.” The track surfaced in 2007 on the Irish artist’s own Signature Records. He also used to run the Soul:R imprint with Marcus Intalex and ST Files—until Intalex passed away in 2017—and recently released the Break That EP in 2018 on Craig Richards’ The Nothing Special.

Larry Levan is a name synonymous with the birth of house. At the legendary Paradise Garage in New York, he was the main resident DJ, spinning the best disco, funk, and soul records while adding in synthesizers and drum machines, playing a style of music that would eventually lead to the creation of house music in Chicago. His remix of “First True Love Affair” was released in 1981.

A² (a.k.a Andy Panayi and Alec Stone) are North West London-bred artists who originally appeared on Groovepressure in 1999 and put out three sought after releases on the label in total. Since 1997, they’ve been releasing timeless records, never sticking to one particular style. With “Feel The Rhythm,” they have produced a track with a groove-laden bassline perfect for a party. Cult label Groovepressure recently celebrated 20 years since its first release, with the label having a resurgence with support from some of the world’s finest artists and sky-high prices on Discogs. Expect re-releases and more groundbreaking music in 2019.

Raised in the US and now Berlin-based Bruno Pronsato (a.k.a Steven Ford) has one of the most original and distinguishable sounds in techno. “Open Your Eyes” is a trippy techno cut that builds into a euphoria-inducing warped out, layered beat. It was released in 2005 on the Philpot label co-owned by Perlon mainstay Soulphiction (a.k.a. Michel Baumann).

Pronsato has also released a deep, low-slung minimal track for the latest edition of XLR8R+, download it here.

Ghost was a UK garage and dubstep outfit made up of El-B (a.k.a Lewis Beadle), Blaze (a.k.a Ande Blaze), J Da Flex (a.k.a J. Steadman), and Nude (a.k.a Leon K). The Club EP was their first release together back in 2000 and was produced by El-B and Blaze. It’s a two-step garage track with a ridiculous bassline; this heavier garage sound would eventually lead to the formation of dubstep that Ghost and El-B, in particular, were pivotal in forming. El-B was also a pioneer of UK garage as a member of legendary garage producers Groove Chronicles.

Lawrence has become one of electronic music’s best-kept secrets. After nearly two decades in the business, his work is as appealing away from the dancefloor as it is in the club. “Stolen” was released on the Winter Green EP in 2004 on his Dial label, known for releasing melancholic, beautiful deep house and techno of the highest standard.

Lawrence has recently released a track for the latest edition of XLR8R+. ‘”Central Park” has been an integral part of his recent sets with its dark and groovy beat. Subscribe and download it here.

Levon Vincent began DJing aged 17 in New York. Working in record shops all around New York, he met Fred P, Joey Anderson, and Jus-ED before gaining international recognition in 2008. In 2005, he released “Love Technique,” a funky acid house banger on his own More Music NY.

Levon Vincent has released a track for this month’s edition of XLR8R+,  titled “Dance With Me.” Download it and subscribe here.

Perlon has become an institution since its first release. Co-founded by Thomas Franzmann (a.k.a Zip), Chris Rehberger, and Markus Nikolai himself, it was started in Frankfurt and now operates from Berlin. “Passion” is a smooth, soulful, and funky house track sounding just as fresh now as it did when it was released in 1999.

Nu Era (a.k.a Mark Anthony Clair) has too many aliases to count, spanning jungle, future jazz, disco, techno, and electro. The list goes on. This gem of a track is a piece of classic dancefloor euphoric techno from 1994. It was released on his album Beyond Gravity, which is currently demanding US$170 minimum on Discogs.