Here are 10 of our favorite tracks from Icelandic artists via independent labels on Discogs this month. 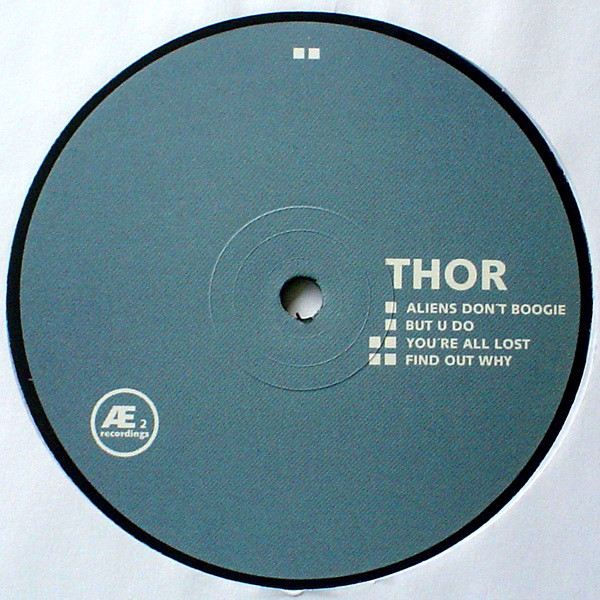 Here are 10 of our favorite tracks from Icelandic artists via independent labels on Discogs this month.

This month’s edition of Discogs Gems is a little bit different because we’ve only picked tracks from Icelandic producers. We’ve done this as part of our focus on the Nordic island, after Bjarki curated this month’s edition of XLR8R+, delivering three previously unreleased tracks, a sample pack, and a personal essay on his early musical memories. In support of XLR8R+ and independent music, we’ve been compiling 10 of our favorite Discogs gems into an easy-to-digest list each month; all submissions come from independent labels or are self-released.

XLR8R+ is a monthly subscription service to complement the main XLR8R site. By subscribing, you’re helping to allow us to continue doing what we’ve been doing for over 25 years: finding, curating, and serving the best electronic music out there, without paid influence. Each month, we share three unreleased tracks from three different artists that we feel are pushing the scene forward in inspiring ways. These tracks will be available for download in high-quality WAV format for the duration of one month; subscribers for that particular month will have them—they will not be available anywhere else. Join our movement to keep independent music and journalism alive. You can find information on the latest edition of here. XLR8R+010 features cuts from Volruptus, Kuldaboli, and EVA808, and a sample pack from Bjarki.

Den Hard Husher is made up of Icelandic duo Arni Valur Kristinsson and Jónas Thor Gudmundsson. “Info Space” is a moody techno number with a deep rolling groove, released on renowned Icelandic label Thule Records. Thule has a reputation for releasing heavy dub-influenced minimal techno by artists such as Sanasol, Exos, Thor, Octal, and Ozy. After a brief hiatus, the label opened again in 2013.

EVA808, real name Eva Jóhannsdóttir, has been a staple of the underground bass music scene for some years, having started making grime and dubstep around 2011. It’s not easy to categorize her sound but much of it sits closely to dubstep with more driving beats. “Prrr” is a club-ready, two-tracker which has been lauded by artists such as Nina Kraviz and Hudson Mohawke.  EVA808 has released a track for this month’s edition of XLR8R+ which can be downloaded here when you subscribe to X+.

Thor (a.k.a Thorhallur Skulason) is one of the originators of Icelandic techno. “Aliens Don’t Boogie” was originally released on the Aliens Don’t Boogie EP in 1999 through Æ Recordings, a sub-label of Thule Recordings. It has since been reissued on labels such as Missile Records in 2002 and the infamous German techno label Sushitech Records in 2015.

Sigurbjörn Þórgrímsson became a hugely influential figure in Iceland’s early music scene by using various aliases to portray different sounds within the electronic sphere. “Afloat,” released under his Biog is an atmospheric techno number released in 1998 on the Contemporary Electronics Vol. 1 EP via Uni:form Recordings. Sigurbjörn sadly passed away in 2011, leaving a legacy of music behind which has and will influence musicians and artists for generations to come.

Exos, real name Arnvidur Snorrason, is the son of dub techno producer Octal. “Gegnum Skráargat” features on the 1998 Q-box EP. It’s a dub techno track with wicked grooves perfect for a dancefloor, and is reminiscent of some of Delano Smith’s best work. This is another one of Thule Records’ finest releases.

Bjarki (a.k.a Bjarki Rúnar Sigurðarson) is the curator of this month’s edition of XLR8R+, our Icelandic special, shining a light on his countrymen by bringing in the music and artwork from Icelandic artists. He is a vital member of the Icelandic scene, not just through his own releases but because of his label, bbbbbb Records. “Orange Juice man” was released on the Arthur And Intergalactic Whales EP on Russian label трип.

OZ Artists was an Icelandic duo made up of Thor and Aðalsteinn Guðmundsson, another pivotal member of the Icelandic scene known for his experimental work as Yagya or his techno releases as Zitron. “Art Of Wrestling” featured on OZ Artists’ first release, The Zone EP.  It’s the type of track you could play at an after party or at the peak of the night, with its melodic, hypnotising feel.

Volruptus first appeared on Sweaty Records in 2016, but he has since become a central figure in Bjarki’s bbbbbb and трип, having made his debut on both in 2017. He combines the warped melodies of Rephlex and the high BPMs of Detroit electro. “Jargon” was released in 2017 on the Homeblast EP via bbbbbb Records. He has also recently contributed a track to XLR8R+ which can be downloaded here.

Ajax Project was the breakbeat and hardcore project of Biogen and Thor. “Ruffige”was made in collaboration with Goldie when he visited Iceland, and has gone on to become a cult favorite.

Sigur Rós are one of Iceland’s biggest musical exports. We could have used any number of their tracks, but the one we’ve chosen is not what you’d expect. In 1998, they released an IDM, breaks, and experimental remix album entitled Von Brigði on Smekkleysa, and this is where “Leit að Lífi” comes from. It’s a beautiful track incorporating elements of drum & bass, electro, and breaks but still with the emotional resonance that surrounds their entire catalog.