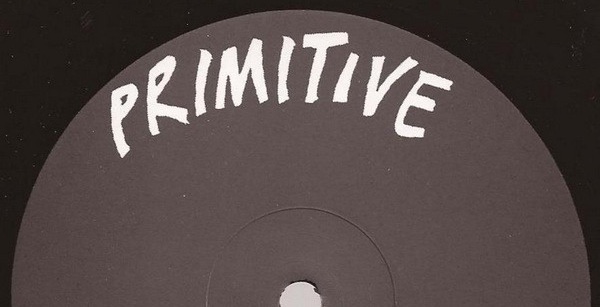 In support of XLR8R+ and independent music, we’re now compiling 10 of our favorite Discogs gems into an easy-to-digest list each month; all submissions come from independent labels. You’ll perhaps know some but you’re unlikely to know them all—but these are some of the tracks that are on repeat week after week in the XLR8R offices. For our fifth edition of 10 Discogs Gems, we’ve gone for a deep house-, minimal techno-, and garage-inspired list.

XLR8R+ is a monthly subscription service to complement the main XLR8R site. By subscribing to XLR8R+, you’re helping to allow us to continue doing what we’ve been doing for over 25 years: finding, curating, and serving the best electronic music out there, without paid influence. Each month, we share three unreleased tracks from three different artists—both known legends and lesser-known pioneers—that we feel are pushing the scene forward in inspiring ways. These tracks will be available for download in high-quality WAV format for the duration of one month; subscribers for that particular month will have them. They will not be available anywhere else and there will be no access to archived material—join our movement to keep independent journalism alive. You can find information on the latest edition of XLR8Rplus here. XLR8Rplus 007 features cuts from Robert Dietz, Julia Govor, and Forest Drive West.

A piece of classic, proper deep house from back in 2003 by Smooth Society (a.k.a Jörg Fiedler & Thomas Neumann). There’s very little info on the duo but this is too special a track not to include, with its deep chords and bassline perfect for any time or mood. Released on German Deep House label Auris Recordings—ran by Pino Shamlou, Jay Eff, and Frankman—”Escape From A Restless World” is our pick from a string of quality releases from 2003 to 2005. Also included on the record are three remixes, which are all well worth checking out.

Grant Nelson (a.k.a Bump & Flex) has been celebrated as one of the original forefathers of garage. This is due to his sound in the mid-’90s having such a big influence on the ‘Sunday Scene,’ which went on to become UK garage. He started using the name Bump & Flex in 1997 and went on to release this Goldie remix of “Believe” in 2001. The track was actually made in 1997 but wasn’t released until four years later on Nelson’s own label Swing City Renegade.

Uruguayan DJ-producer Fernando Zapico (a.k.a Z@P) has been producing and playing out since the early 2000s. A regular figure at his iconic hometown club of Phonotheque in Montevideo, Zapico soon became one of the biggest names in the thriving South American underground scene. He regularly plays all over the world and is a resident DJ at the Cartulis events, the label from which “Tracid” was released in 2018 on Cartulis Music. “Tracid” was a track that was consistently played out among house artists last year, and rightly so—it’s got a thumping groove layered with spacey synths, perfect for the club dancefloor or a festival.

Get a free ticket to see Z@p play on a lineup featuring Zip, Baby Ford, Laurine & Cecilio, Junki Inoue, and more at the upcoming Cartulis Day party at FOLD in London on January 26 by subscribing to XLR8Rplus. More info here.

Forest Drive West has always kept a low profile and for good reason. Outside of producing music, he is also a full-time school teacher and father. He learned by playing records at friends’ parties and small club nights, among them Carbon, a forward-thinking drum & bass night that will see its 15th birthday this year. Inspired by the music he was hearing, he then began to produce himself, entirely self-taught. “Jungle Crack” was released on Rupture in 2016 on the incredible EP of the same name from which we could have picked any of the four tracks available. Each one showcasing the diversity of jungle, bringing something new to the genre that we haven’t heard for a while. Listen to a snippet of his recent addition to XLR8R+007 below and subscribe here to get the full track.

Chicago native and house legend Boo Williams started DJing back in 1981 and experienced the legendary early days of house in the late ’80s and early ’90s. His back catalog is full of tunes that were made in the ’90s but sound just as fresh now as they did then. Boo Williams was part of the Strictly Jaz Unit along with close friend and regular collaborator Glenn Underground, as well as Vick Lavender, Tim Harper, Brian Harden, and Dae Dae. “Crying Black Man” was released in 1999 and has been re-issued since but the original was on house label Three to Five.

Julia Govor grew up in Ochamchira, a small city on Abkhazia’s coastline, later moving to Russia and learning to DJ and produce. She then moved to New York, playing alongside Jeff Mills and Richie Hawtin, and gaining support from Ricardo Villalobos. Govor enjoyed a breakthrough year in 2017 and in 2018 kicked off her own imprint, JUJUKA, which is where this track “1984” comes from. Described as a “multidisciplinary art project,” a JUJUKA release incorporates music, graphic artwork, and humorous comics based on electronic music culture. Her XLR8R+007 contribution, “TT3,” can be heard below, with the full track available by subscribing to XLR8R+ here.

Primitive Records was a UK tech-house label owned and run by Chris Duckenfield and Richard Brown, the duo behind Swag (not to be confused with Croydon’s Swag Records), famed for their remixes and releases on Jus’ Trax. Along with labels like Eukahouse, Wiggle, Wrong, and Surreal, Primitive Records are seen as one of the founding labels behind the original tech-house sound, which has evolved beyond comparison into the tech-house genre we know today. For this remix, Asad Rizvi (a.k.a Silverlining), teamed up with Kester Lyddon as Appleheadz, producing it in Lyddon’s studio and mixing it on a Neve desk and some high-end outboard. Silverlining is one of the true underground legends of the scene, still going strong since the mid-’90s, releasing tracks and playing out regularly. He spoke to us about the track: “I think it slipped under the radar a bit back then so it’s great to see people appreciating it so many years later.” Expect a re-issue later this year…

Hailing from Frankfurt, Robert Dietz is a DJ-producer who has consistently adapted his musical style. He made his name quickly from 2008 onwards via releases on labels such as Cécille Numbers, Be Chosen, and Deep Vibe Recordings with a more hard-hitting house/techno sound. In recent years, however, inspired by the new sound of Frankfurt and the GOSU record store, Dietz seems to have entered into a new sphere of his sound. His 2017 EP on Truth Be Told is definitely worth a mention as it was a close call between the track “Kinda Nice” and the eventual choice, “Kitkat.” In the end, it was the complex sounds and breakbeat style of “KitKat” that came out on top, released on the Micro Dosen EP via label Blank State. His contribution to this month’s XLR8R+007 stays true to this new ethos and is a typically brilliant live studio recording that mines a deep and driving middle ground between heady house and techno. Subscribe here to download it and listen to a snippet below.

Whether as MJ Cole or one of his many aliases, Martin Coleman has consistently produced track after track of timeless beauty. The number of times we’ve dug for a garage track and found out that the person behind it in the small text on Discogs was MJ Cole is more than we can count and he’s still releasing quality with his Foundations EP coming out late last year. “Never Forget” was released in 1997 on the Datuna EP with a slow building start, hypnotic chords, and vocals that build up to a shift-changing garage drop.

Bucharest-based producer Sublee (real name Stefan Nicu) collaborated on the Outofstock 01 EP with Audiotheque, a duo made up of Andrey Kharitonov and Sorin Timofti, also both from Romania. The wealth of talented producers and DJs coming out of Romania has been building for a while with an increasing amount being booked to play all over the world, with Sublee one of the leading lights. His releases show a diversity of musical knowledge being showcased in so many different emotive ways through house, techno, and minimal. It’s no surprise that he used to work in the iconic Missbits Record Store in Bucharest, owned and ran by Miss I (a.k.a Ioana Parlog). “Pulse” patiently builds all of its elements, which come together when the synth drops around the three-and-a-half minute mark; from there, you are taken on a journey into a dream world with each component working in transcendent harmony.