10 Discogs Gems of May 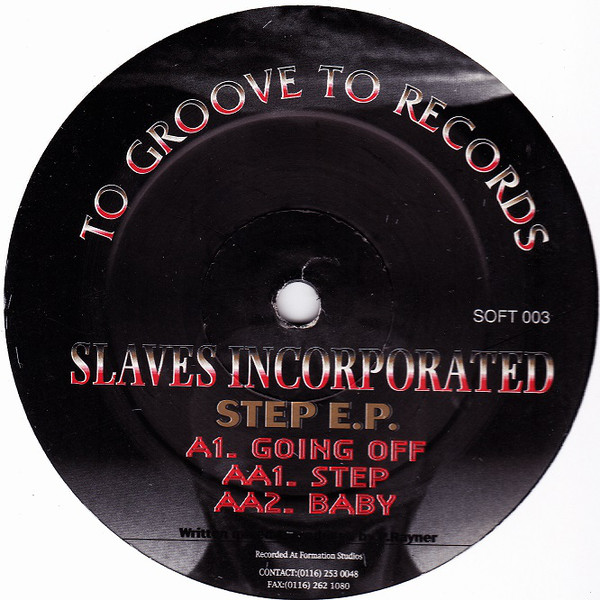 10 Discogs Gems of May

In support of XLR8R+ and independent music, we’re compiling 10 of our favorite Discogs gems into an easy-to-digest list each month; all submissions come from independent labels. You’ll perhaps know some but you’re unlikely to know them all—but these are some of the tracks that are on repeat week after week in the XLR8R offices. For this months edition, we’ve kept the theme of XLR8R+’s latest offering, “The Art of the Groove”.

XLR8R+ is a monthly subscription service to complement the main XLR8R site. By subscribing, you’re helping to allow us to continue doing what we’ve been doing for over 25 years: finding, curating, and serving the best electronic music out there, without paid influence. Each month, we share three unreleased tracks from three different artists that we feel are pushing the scene forward in inspiring ways. These tracks will be available for download in high-quality WAV format for the duration of one month; subscribers for that particular month will have them. They will not be available anywhere else. Join our movement to keep independent journalism alive. You can find information on the latest edition of here. XLR8R+ 011 features cuts from Kate Simko, Traumer, and Pola, with art by Siko Tatour and mastering by Kamran Sadeghi.

Helium was made up of Mon ‘S Jegers and Rob Verboven, with “Out There” being released in 1993 on The Works EP via Belgian trance and house label, Round And Round. Trance has gained an unfair reputation In recent years, which doesn’t correlate with the foundation it was built on; a foundation that showcased a constant groove that is unrecognizable with modern trance. This is evident in “Out There” with its emotive, meandering pads and house groove. Astonishingly, this track is 26 years old and it sounds fresher than ever.

To Groove To Records

Slaves Incorporated (a.k.a Paul Rayner) is a UK producer who honed his craft in Leicester working with DJ SS and his label Formations Records. He has a host of different aliases and produces everything from house to garage, speed garage, trance, jungle, and drum & bass. “Baby” was one of the first garage tunes Rayner created and it was released on To Groove To Records (a sub-label of Formations) in 1996 on the Step EP. Made on Atari 1040 st (1meg Ram) and Akai S3000 Samplers and a Roland Juno 106 synth it rolls with thumping bass and a beautiful garage drop—a track perfect for the dance floor. Rayner is set to release new material this year and stated to me: “I was 50 the other day and didn’t imagine I’d still be a slave to the rhythm.”

One of the masters of soul, jazz, and funk, and a lyrical genius, Gil Scott-Heron collaborated with composer and producer Brian Jackson on the album Bridges in 1977. “We Almost Lost Detroit” might not initially instill a reaction you would associate with the “art of the groove,” however, it has a smoothness to it which shows how a low tempo track can still provide a groove that you feel within. The song is a tale of the decline of industry in Detroit and the effect this had on people’s livelihoods with lines that are still relevant today, such as “when it comes to people’s safety, money wins every time.” A powerful and timeless classic from a legend.

Kate Simko’s sound is melodic, driving, jacking, and funky, influenced by her Chicago roots and training in piano and jazz music. For “Polyrhythmic Theme” she teamed up with DJ and producer Tevo Howard, also from the US. “Polyrhythmic Theme” was released on Last Night on Earth, the London-based label founded by Sasha. Simko has also released an exclusive track with XLR8R+ this month in the form of “Spirit Release,” a driving techno roller with a tribal feel. Subscribe to XLR8R+ here to download it and listen to the snippet below.

Originally from London, Greg Stainer produced “Turbo” in 1997 for the iconic UK Garage label V.I.P. The track was released on the Original Flava EP and co-produced by non-other than MJ Cole—it’s becoming a recurring theme finding an amazing garage track and seeing his name in the small print. Going through every one of V.I.P’s releases is time well spent and “Turbo” is one of those garage gems which you can chill to or lose yourself in the rave.

Gemini (a.k.a. Spencer Kincy) is one of house music’s unsung legends. He released over 200 tracks from 1994 to 1999 and was innovative with the sounds and samples he experimented with. “At That Cafe” was initially released on the In My Head EP in 1998 on Classic, a London-based label run by Derrick Carter and Luke Solomon. It was later released on the 1999 Gemini album, The Music Hall, where it can be found for a lot cheaper on Discogs than on the EP. It also featured in the first ever Fabric Mix by Craig Richards.

Pola (a.k.a Norbert Dunai) is a Hungarian DJ and producer. He began performing across a small network of clubs on home soil and then became Pola upon moving to Transylvania, Romania in 2007, where he embedded himself in the country’s bustling minimal-leaning music scene. He has a love for trippy melodies and rolling groove as demonstrated on “Reunion,” released on US label Finale Sessions in 2017. Pola also features on the latest edition of XLR8R+ with “Selection,” which you can hear below and download by subscribing here.

Digitek Intelligence Assassins was made up of Julian Shamou, Avonx, and Code Name: Atlantis and released via Julain’s Detroit-based label Motor City Electro Company. They only collaborated on one EP, Batteries Not Included, which is where this track, “Shock 2 The System,” comes from. It’s the definition of an electro banger and it’s no surprise this track has its roots in Detroit. Recently featuring in DJ Stingray’s BBC Radio 1 Essential Mix, this is well worthy of “gem” status.

Romain Reynaud is the man behind Traumer. Born and raised in France and now a resident of Paris, he has been releasing records since 2011. His sound was initially more along the lines of heavy-hitting techno but he has since moved to a more intricate, groovy, and hypnotic aesthetic. This is when he launched Gettraum, a platform for these new sounds, and the first release is where “Classroom” is from. He is known for his incredible use of percussion and on “Classroom” he displays this with tribal drums that are interwoven with Persian sounds. He has recently released an exclusive, rolling minimal house track “Transit”—one of the most requested tracks of his recent sets—for XLR8R+. Subscribe here to download it.

US duo Jason Vasilas (a.k.a JV) and Scott Canfield (a.k.a Red Eye) released “Already Mine” on the appropriately named UK label Groove Pleasure in 2003. With 11 releases from 2002 to 2006 from a host of iconic names such as Nathan Coles, Terry Francis, Andy Panayi, and more, the label has gained cult status over the years. “Already Mine” is a beautiful mixture of deep tech house, a term that you don’t normally hear but JV & Redeye have used tech house elements in a more emotive and lowkey way creating a track that is relaxing and uplifting, ideal for any time in the day—an excellent record.