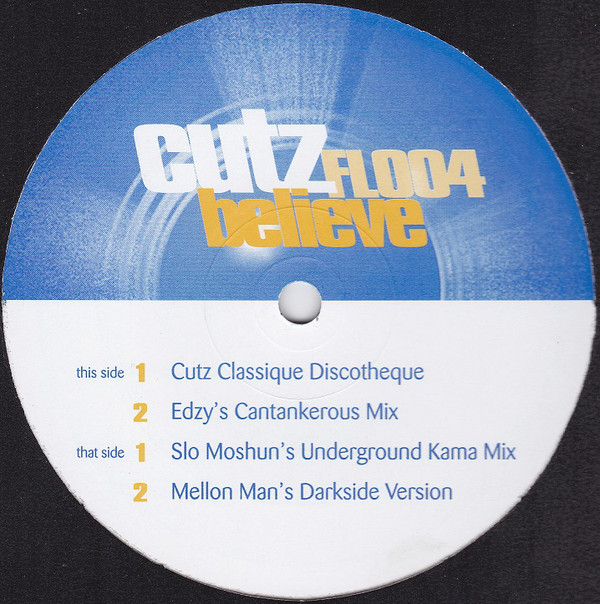 In support of XLR8Rplus and independent music, we’re now compiling 10 of our favorite Discogs gems into an easy-to-digest list each month; all submissions come from independent labels. You’ll perhaps know some but you’re unlikely to know them all—but these are some of the tracks that are on repeat week after week in the XLR8R offices. For our second edition of ’10 Discogs Gems’, we’ve gone for more of a house, garage and minimal inspired list.

XLR8Rplus is a monthly subscription service to complement the main XLR8R site. Each month we share three unreleased tracks from three different artists—both known legends and lesser-known pioneers—that we feel are pushing the scene forward in inspiring ways. These tracks will be available for download in high-quality WAV format for the duration of one month; only subscribers for that particular month will have them. They will not be available anywhere else and there will be no access to archived material. You can find more information here.

You can find information on the latest edition of XLR8Rplus here. XLR8Rplus 004 features cuts from Hunter/Game, Cosmin TRG, and John Dimas.

Mark Archer and Danny Taurus recorded tracks under the name Slo Moshun while co-founding Dansa records in 1993, which is still releasing music today. Influenced by house coming from the US, which was then being sped up on London pirate stations and developed through the Sunday scene parties, eventually evolving into speed garage. After 1996, Danny went on to produce solo tracks and Mark Archer took on the Slo Moshun name solo, which led to the formation of this Cutz remix. Cutz was an original member of Unique 3, a group from the late ’80s, which also included LFO and Edzy. Wait for the changeup midway through “Believe,” a garage party starter that could easily be worked into a house, garage, or techno set now.

Cosmin TRG—real name Cosmin Nicolae—has grown to become one of dance music’s, and in particular techno’s universal figures. He grew up in a post-communist Romania, discovering as much music as he could at a time when access wsa limited due to the political landscape. His earliest material surfaced around 2007, released as TRG, and kickstarted the now legendary Hessle Audio founded by Ben UFO, Pangaea and Pearson Sound. His work was initially amongst the distorted realms of dubstep and its various sub-genres, and contributed greatly to a vibrant UK underground music scene. His recent release for XLR8Rplus—which you can hear below—was inspired by the ‘afterparty’ institution with its slightly lo-fi attitude and “noise-from-next-room” sound treatment.

San Fransisco-based label Lo-rise Recordings had a reputation for special releases in the early-to-mid 2000s. The elusive Seafoam (Brian Cavender) will be in most dance music aficionados record collection and is somewhat of an icon for those that love deep house in its purest and most effective form. We could have picked a host of his tracks but went for a classic “Dirty Sex,” with its beautiful bassline and endless groove still sounding ahead of its time almost 20 years later. The less said on this one the better, the music does the talking.

Firecracker Records is a world renowned Edinburgh-based house/techno/electronic label run by Lindsay Todd and helped start the career of Linkwood, among many others. Linkwood went on to release one of the best albums of 2015 with Expressions, and a number of outstanding EPs including the recent Fresh Gildans, which came out in early September. His first release in 2004 was “Miles Away,” which landed on a three-track Various Artist EP that emerged with little fanfare, but has gone on to become a track that when brought up in conversations always gets everybody talking in superlatives no matter where you are in the world. It’s a fusion of jazz, house, and soul that can best be described as a piece of art.

The word pioneer is used loosely in this day and age but it is fully justified when talking about Marcus Kaye. The late Drum ‘n’ Bass DJ and producer was instrumental in moving the sound forward, touring and playing out from 1991 until his death in May 2017. He was the owner of the labels Soul:r, Revolve:r, and Birdie and was a figurehead of the Manchester underground. He learnt his trade working in a record shop which is where he met Lee Davenport (ST Files) as discussed in a previous XLR8R feature, “I was into hard Belgian and Detroit techno and the angrier acid house, and he just wanted to buy happy Italian piano-house cheesy bullshit.” Eventually, the pair mellowed out and found a middle ground in producing breakbeat hardcore and proto-jungle, an era Kaye remembers fondly. “I was unaware of potentials then,” he says. “I was just a kid who worked in a record shop and loved music. I lived my life for drum & bass and it was all very stress-free and not complicated. When you start to get success it makes you aware of what you can do and what you can’t do.”

Growing up in West London, Steve O’Sullivan’s early years were filled with dub, reggae, and electro before the ’90s when he unearthed a love for minimal techno, leading him to eventually become one of the biggest influences in the UK underground house and techno scene. The head of the hugely significant and respected Mosaic label, which has been a springboard for the some of the finest talent out there including Baby Ford, Ricardo Villalobos, Roman Flugel, and Mr C. to name just a few. As a producer, O’Sullivan produces slowly-evolving, minimal, soulful club tracks showing his love for subtle sounds and dub effects clearly evident on the elegant masterpiece that is “She Don’t Do Chicks”.

John Dimas grew up in Greece, and found his way into DJing while building a homemade mixer as part of a high school project. He began producing in 2007 has conssitnatly produced quality tracks since, appearing on various imprints across Europe, pushing a minimal-house sound with intricate drum patterns and wonky basslines. In joining the likes of Dubtil, Melodie, and Barac, Dimas became the first non-Romanian to appear on the label. In 2012 he set up the label Elephant Moon, using his skills for record digging to search out and support new talent with releases from the likes of Lee Burton, Lopaski, Zendid, and Plantae, among others. Most recently, the label celebrated its 11th release with Dimas’ excellent album debut, One Against Time. And it’s from here that his XLR8Rplus contribution arrives—stream “Lost Dimension” below.

The final chapter of UK-based label Emotional Response’s beautiful Schleißen series is this charmingly thought-provoking and hypnotizing album. The legendary Colin Potter teamed up with two of Italy’s finest experimental producers in Alessio Natalizia and Guido Zen for two tracks on the A-side. German native and ambient expert Cass. (Niklas Rehme-Schlüter) takes care of the B-side with six incredibly moving songs. We have chosen “Emotioncode” but the whole album is a must.

Martino Bertola and Emmanuele Nicosia are Hunter/Game, two friends from Milan and established producers in their own right who started making music together in 2011. They have since developed a reputation for their blend of deep and brooding techno appearing on Innervisions and Kompakt and it was through the latter imprint that they put out their debut LP towards the back end of 2016. “The Island” features the voice of the talented Bakja and was released through “Last Night On Earth”, a label run by DJ and Producer Sasha. This month they are part of our XLR8Rplus subscription service and gave us their exclusive track “Diffirent Idols,” which can be heard below.

Seeing an Ion Ludwig live set is one of dance music’s great auditory spectacles so it’s no wonder his vast array of productions are so effortlessly good. One of the scene’s most admired yet enigmatic characters with over 30 EPs and three full-lengths to his name, details about him remain scarce, yet he is revered by those who pursue similar soundscapes. During XLR8R’s investigation into the Romanian scene, almost every artist cited Ludwig’s work as an inspiration in theirs. This deep and intelligent house track from Ludwig is one of those gems that you would happily listen to on repeat, simple yet genius with unforgettable piano chords. We also want to highlight “May The Fourth” on the a-side which almost made the cut—a complete record.