An Erased Tapes staple steps up. 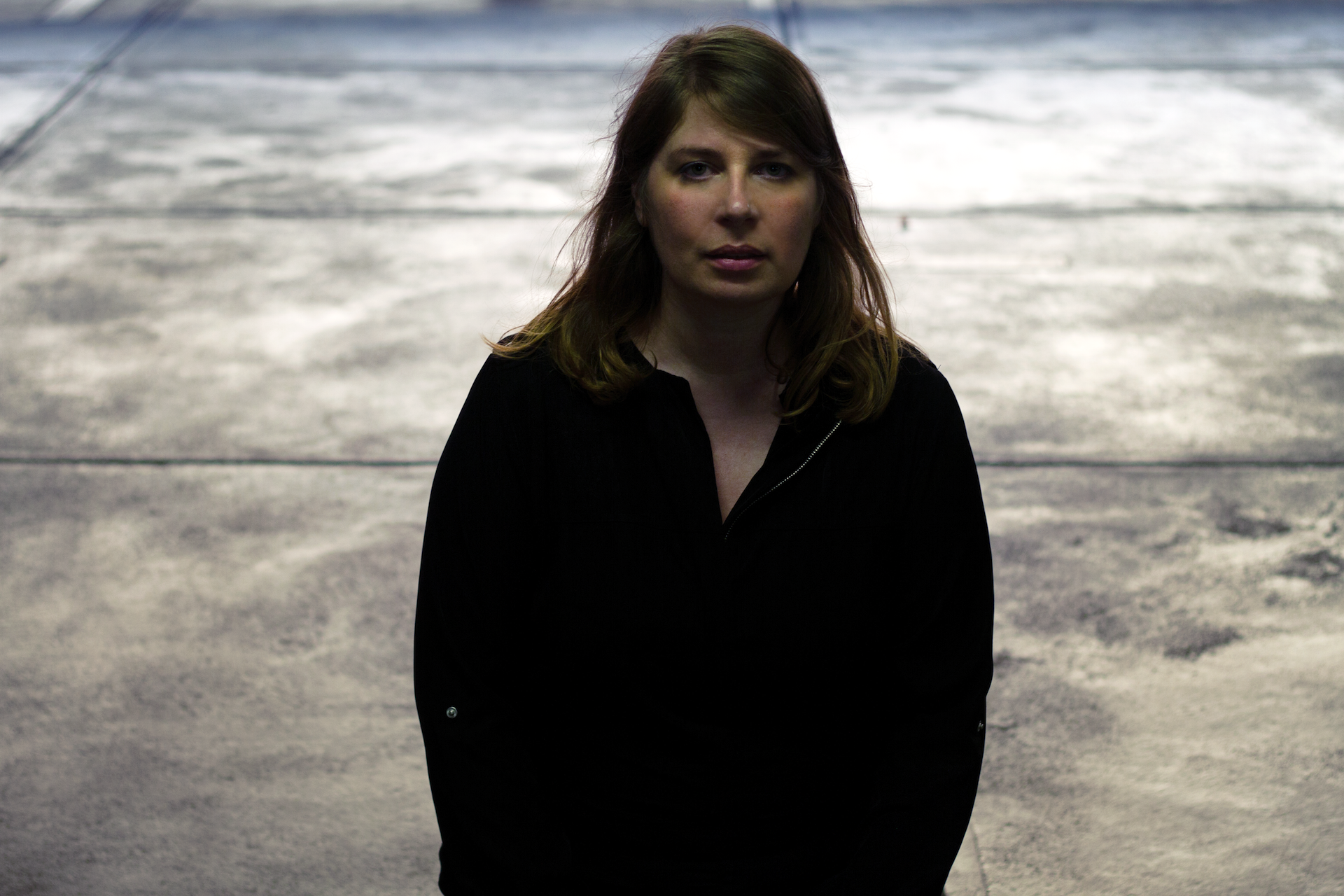 An Erased Tapes staple steps up.

Anne Müller has established herself as an Erased Tapes staple without even contributing a full release to the label. A keen collaborator, the Berlin-based cellist features prominently throughout the UK label’s discography, including on Nils Frahm’s All Melody and the German multi-instrumentalist’s soundtrack for the film “Victoria.” Müller has also collaborated with Frahm on 7fingers and appeared on Ólafur Arnalds & Nils Frahm’s Collaborative Works, released in 2015.

And Müller’s contributions do not end there. Beyond Frahm and Arnalds, she’s worked with Lubomyr Melnyk’s on Fallen Trees and submitted two bespoke solo pieces, “Walzer für Robert” and “Bel Tono,” to the Erased Tapes’ fifth and 10th anniversary box sets.

Outside of Erased Tapes, she’s also amassed a healthy body of work, most recently with multi-instrumentalist Markus Sieber (a.k.a Aukai) on his 2019 album, Reminiscence. In total, Müller has amassed credits on over 60 releases since she began recording in 2007, but, as her first substantial body of solo work, there’s no denying that Heliopause, out November 29 on Erased Tapes, marks a big milestone in her career.

Müller’s musical journey begins at Frankfurt University of Music and Performing Arts where she trained under renowned cellist and conductor Michael Sanderling. She moved on to perform as a cellist in many of Berlin’s symphonies but began seeking new paths for her music. She connected with Nils Frahm and Erased Tapes in the middle of the naughties, and around the time she also began an enduring partnership with singer-songwriter-composer Agnes Obel, with whom she toured for five years together and worked on two albums. It’s only over more recent years that she’s turned her focus towards a long-form solo effort.

Heliopause is exactly that: Müller wrote, recorded, and arranged it all, basing it all around her beloved violoncello—long for cello—but with broken down piano, drones, and drums. She named it after the boundary where the sun’s wind ceases to have influence. “‘Heliopause’ marks the end of a long journey but also the start of voyages to explore strange new worlds,” she explains, referring to her breaking of new ground away from the safety of collaboration. What better time to connect with Müller for a quick-fire 20 questions?

01. Where in the world are you right now?

I‘m at home and enjoying the autumn sun.

02. What’s been filling your time of recent?

I had a week off and did some work in my parents’ garden today.

03. What’s the last thing that made you laugh and why?

My guilty pleasure for the last couple of days has been watching the TwoSetViolin YouTube channel. It’s about two young classical violinists and they’re very nerdy. Even though they’re violinists and I’m a cellist, I experienced a lot of things they’re talking about. And it’s quite funny!

04. What’s your idea of the perfect day?

Today was a perfect day. My perfect day is a quiet day without stress and time to practice cello or to work on my music.

05. When did you first realise that you had a talent for cello?

Oh, this is a difficult question. I don’t remember exactly when. I had my first cello lessons when I was six years old and loved it from the beginning. My parents were always practicing with me when I was a child (I’m very thankful for this) and I had to do an exam every year at the music school. I got some good grades, maybe that was when I knew. But it’s not the talent one has for something that is important; hard work, perseverance, and a love of the work can make almost anything possible, I’ve since realised.

06. What is it about the violoncello that appeals to you as an instrument?

The violoncello sound is so rich and colourful. The range is huge, from deep, almost like a double bass, to very high. And it can sing like a voice. I think it’s the voice I can speak with through music.

07. What violoncello do you use and why?

I’m currently playing an italian violoncello, built in the last century. I love it.

08. What motivates you to make music?

I’m a musician who’s been making music almost all of my life. It’s beautiful and satisfying.

09. What do you believe to be your greatest musical accomplishment of your life?

I don’t know, actually. Life is exciting and I’ve already accomplished so many things. For now releasing my first solo album is the next big achievement.

10. Why has it taken you so long to release your own solo album?

Yes, now you’ve got me. I’m so slow and insecure, and I worried about whether my recordings were good enough. I recorded everything myself as well and it took some time to learn how to do this. It was a challenging experiment. I needed some extra encouragement of my friends; I was helped by the support of Erased Tapes label founder Robert Raths. Martyn Heyne gave my music the perfect sound with his profound knowledge, not so easy with up to 60 layers in one track. Without this support, this album would not have been released.

11. How would you describe the album in three words?

12. You’ve worked Nils Frahm and Ólafur Arnalds. What do you think makes a good composer?

I’ve been thinking about it a lot recently. With the possibilities of home recording and using a computer to produce music, writing music is much more intuitive and possible for creative people. I like this development very much. When a composer is using different colours in music, working with varied interesting harmonics or sounds in their music, I find this interesting. For me, the structure and an idea behind a piece or a song is very important.

13. What was your first collaboration like with Nils Frahm?

I was introduced to Nils in 2006 at a Sinnbus—an independent Berlin label and band collective—Christmas party. I was in my mid-20s and Nils was in his early 20s. He was an interesting person from the first meeting and, of course, I checked his music. He was completely into electronic music at this time and I wanted to buy his record Streichelfisch. I visited him in his home studio as he was about to record a tour CD for the band where he played the piano for a while. The visit ended with us recording a lot of cello that day.

Nils’ recorded cello sound was a very special one—very fine, warm, soft yet powerful—and this day was very inspiring. He asked me if I could imagine myself contributing cello to another of his pieces which then evolved into the album 7fingers on which we worked together very intensively.

It felt like I was at Nils’ house almost every day. I had just finished my studies and wanted to try everything on the cello! Nils has a profound sense for what sounds good, plus skills and knowledge about recordings, interesting compositions, and lots of great musical ideas. I was impressed and enthusiastic about that. I think we were both really motivated, and you can hear that somehow on this album.

14. Name three records that have impressed you recently?

I recently listened to Ben Lukas Boysen’s upcoming album and it got me completely. I’m looking so looking forward to this release. One of my favourite recordings ever is Quatuors à Cordes, String Quartets from Debussy, Dutilleux, Ravel with the Arcanto Quartett. So beautiful, interesting, and amazingly played. The third one is a record from Owen Pallett. Even though I like all of his records, I was most impressed by his He Poos Clouds as Final Fantasy.

15. What are your long-term ambitions within music?

Oh, I can’t decide. I would like to travel through France, but also love the Baltic Sea and Rügen, an island in Germany. And if it wasn’t so bad for the climate, I would love to travel to Australia.

17. If you could wake up tomorrow having gained any one quality or ability, what would it be?

It would be nice to play more instruments, maybe I should just learn them anyway. Or have more knowledge about mixing and technical things, but I’m working on it. I would also like to speak more languages without all the hard work of studying!

18. What was the last movie you watched that really impressed you?

“Arrival.” I like the art design very much but the movie also made me think a lot.

19. What are you reading right now?

20. What’s the first thing you’ll do after finishing these questions?

Brushing my teeth, then sleeping!