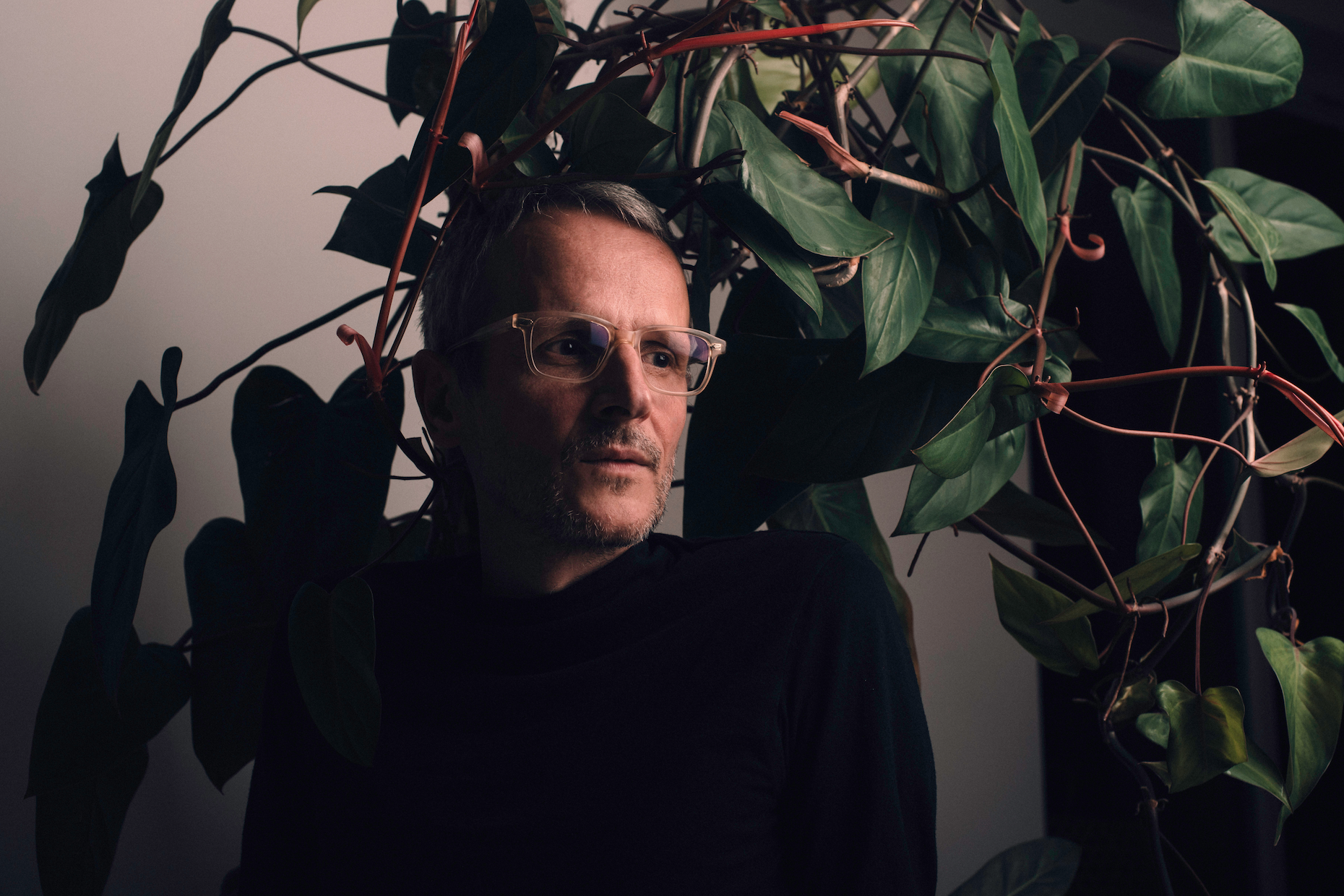 As Errorsmith, German artist Erik Wiegand has been producing “club music” in the broadest sense since the mid-’90s. Since starting his musical career in 1996, over 21 years ago, he’s released some seminal club records, be it as a solo artist or in collaboration—with Berghain resident Fiedel as MMM or with Soundstream (a.k.a Soundhack) as Smith n Hack. MMM’s “Donna,” for example, turned out to be the Glasgow’s Rubadub store’s best selling record in its 25-year history. Yet a remarkably few people are really aware of Wiegand and his wider work. Indeed, it’s only recently, with the release of his brilliant Superlative Fatigue album on PAN—after six years of work—that many people have become familiar with his talents as a producer of electronic music.

Wiegand arrived in Berlin from the small German town of Kassel in 1991. Upon his landing, he became enchanted with the rave music sweeping across the city. Important, too, were the jungle and happy hardcore sounds of the Steve Mason Experience, a show on the British Forces Broadcasting Service. No sooner did he begin collecting gear for his own studio and collaborating with Fiedel—satisfying an urge to produce music following earlier experiments as a teenager in Kassel. Solo albums followed, in 2002 and 2004 respectively, preceded by 1999’s Errorsmith #1 ‎EP. He’s since released a slew of new EPs and joined up with Mark Fell and Mr. Oizo for material on Pan and Ed Banger Records respectively.

Many of these were released by the artists themselves to ensure financial and artistic independence—the latter of which is especially important given Wiegand’s apparent reluctance to produce anything that fits in with trends. “It seems to me that sticking to formulas, trying to fulfil genre norms and listeners’ expectations, kill creativity,” he explains. “So that’s why I try to avoid these traps.” With no press or promotion around any of his earlier work, it’s no surprise that he’s considered a much-appreciated gift for those few in the know.

Now, following Superlative Fatigue‘s brilliant reception, Wiegand’s profile continues to grow. There’s already a number of interviews floating around online about the process behind it —in part how he created almost all of the sounds Razor software synthesizer he designed for Native Instruments. It’s a remarkable record, one that broadens the horizons of club music and provides a tremendous sonic experience. With this in mind, XLR8R reached out to Wiegand to learn a little bit more about the man behind it.

Errorsmith will perform in Graz, Austria, at this year’s Elevate Festival with Umfang, Ben Frost, Objekt, and more. More information can be found here.

1. Describe to me your surroundings right now.

I am in my studio right now. Looking at a rare blue winter sky.

2. What kind of music were you exposed to as a child?

I have a musical father. He used to sing and play instruments in a wedding band called The Cheeseways. We lived in Käseweg, meaning Cheeseway in English, in my hometown, Kassel. They played a mix of German country, Frank Sinatra, and American and English pop evergreens. We also watched the usual German pop music shows like Disco, which featured many international stars. In my teenage years, I was influenced by my sister’s boyfriend of that time. He played me new wave stuff like Human League, The Smiths, Siouxsie and the Banshees, and also David Bowie. That inspired me to start digging for music.

3. Do you remember the track/album that made you fall in love with electronic music?

The distinction between electronic and not electronic was never important to me. The line is very blurry anyway. Records that impressed me a lot were the first three albums of Mark Stewart And The Maffia. These were mindblowing to me. I remember lying on the floor with the speakers directed at ears, like headphones, just blasting the Learning To Cope With Cowardice album. Take “Liberty City,” for example, it’s still an amazing track featuring adventurous dub, cut-up effects, dope choirs, mixing acoustic instruments with an aggressive mechanical synth line, and even sampling classic electroacoustic music from the ’60s.

4. When was Errorsmith born and where did the name come from?

In 1999, I needed to find a name for my first solo album. I was with friends. Someone said something about the rock band Aerosmith and someone else reacted with, “Wait, what, Errorsmith? I’ve never heard of them.” I thought that’s a great artist name—even though I don’t work with errors; I am a control freak.

5. You’ve made some fine club records over the course of your career, but is there one that you’re most proud of?

If I had to choose one, it would be the current album, Superlative Fatigue, as it was such a struggle for me to get it finished. Finishing something on my own is the hard part for me. So I am very happy that I finally did it after such a long time, and that I managed not to produce the tracks to death in the six years I worked on them. This is always the danger when you work on music that long; you lose the distance and objectivity.

“So with Superlative Fatigue, I wanted to get away from this “under the radar” thing. So that was the first time there was a promotion campaign. It was an interesting experience for me.”

6. You maintain a low profile despite all you’ve achieved. Is that an intentional decision, or do you wish you had more recognition?

The first Errorsmith releases and the collaborations with Fiedel as MMM and with Soundhack/stream as Smith n Hack were self-released with distribution via Hard Wax. We never made much promo for them. Partly because we weren’t that extroverted, but also because it worked for us without it. In that period the vinyl sales were good. As Errorsmith, I played enough live shows back then. But with the last releases as MMM, we were disappointed by the low numbers of gigs we got from them. We have recognition from DJs but we are not known much outside the professional field. So with Superlative Fatigue, I wanted to get away from this “under the radar” thing. So that was the first time there was a promotion campaign. It was an interesting experience for me.

“It seems to me that sticking to formulas, trying to fulfil genre norms and listeners’ expectations, kill creativity. So that’s why I try to avoid these traps.”

7. The adventure is something that strikes me in your work: throughout your career, you’ve made music that goes against the grain without sticking to a formula. Where does this attitude stem from?

It’s what I look for in music in general. That there is a creativity which brings something that I haven’t heard before in this way. That there is an experiment involved, that turns out to work. That makes exciting music. It seems to me that sticking to formulas, trying to fulfil genre norms and listeners’ expectations, kills creativity. So that’s why I try to avoid these traps.

8. There’s been a lot of attempts to describe your sound or style. But how would you describe it?

Ok, I’ll give it a try: dance music that explores technical possibilities for expanding the sonic palette and human expression, while trying not to be too nerdy and inaccessible.

9. Last year you released Superlative Fatigue. How do you feel this differed from your earlier works?

I guess it’s a bit more accessible, the production is less sparse, and the underlying emotional spectrum is broader. I even thought of using another artist name for it but decided against it. I want Errorsmith to not be easy to put in one box.

10. The album took over six years to produce. How clear was your vision for it — and how did you know it was finished?

I already had the sketches of all eight tracks six years ago. I knew that they would fit well together and I knew what the overall vibe of the album would be. I also had rough ideas about the ways I wanted to develop each track. But the production path to the final version is organic. I try out things and then maybe go in different directions. It’s finished only when I have only small things I want to improve—and time is running out because the mastering date is near!

11. Just how much was this album shaped by the use of Razor?

As Errorsmith, I restrict myself to using one self-built Reaktor patch, which I normally develop specifically for one album. This time I used Razor, which I developed not only with me in mind as a user. This album is my Razor album; except for the drums of two tracks, I used it for everything.

12. Do you read reviews of your work? How much notice do you take of public opinion?

Yes, I read them. After working so long on something in solitude, it feels good to finally present it to the public and see the reaction to it in general, and also what journalists write about it. But public negative critique in music is rare. So you never get the full picture of what the public opinion actually is; you only get the positive side of it. For an honest and blunt critique, I turn to friends—but my opinion is the most important.

13. What’s the most important piece of advice you’ve ever given or been given about success in music?

Success can mean very different things. It’s individual. So everyone must find his or her own way. With music, I don’t want to compromise. I don’t want to do things for the wrong reasons. Say releasing mediocre material just because you need to have releases on a regular basis to get recognition. Or doing remixes for someone or collaborate with them only because they are famous even though I don’t like their music. Or trying to fulfil the expectations of others. If this doesn’t work out financially I would rather take on another job.

14. Your career stretches back to 1996. What is it that continues to drive you?

Trying something new every time. It’s a learning process.

15. What artists are you impressed by these days?

16. What was the last thing that made you really laugh and why?

Watching South Park the other day, because their knife is sharp and they don’t spare anyone.

18. Do you envisage yourself making electronic music for the rest of your life?

Sure! Doesn’t have to be electronic though.

19. If you had to listen to one album or track for the rest of your life, what would it be?

20. What’s the first thing you’ll do after answering these questions?