Brooklyn-based producer FaltyDL (a.k.a. Drew Lustman) is an artist who happily eludes categorization. Over the […] 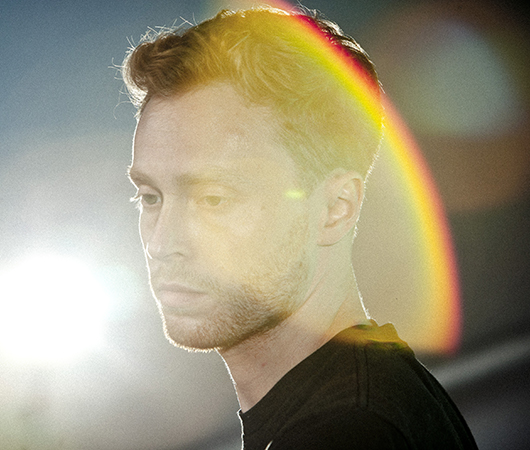 Brooklyn-based producer FaltyDL (a.k.a. Drew Lustman) is an artist who happily eludes categorization. Over the […]

Brooklyn-based producer FaltyDL (a.k.a. Drew Lustman) is an artist who happily eludes categorization. Over the years, he’s issued a series of shapeshifting and hypnotic dance records, including last year’s unabashedly warm (and XLR8R-picked) Hardcourage LP, and he’s also started up an imprint of his own, Blueberry Records, which takes a similarly varied approach. Next month, he’ll be returning to London’s storied Ninja Tune label with In the Wild, his fourth full-length and quite possibly his least dance-oriented work yet. Brashly cinematic and constructed like an organic puzzle, the album weaves together 17 gorgeous vignettes, harnessing sound collage, airy ambience, and a few unsettled rhythms while setting a distinctly feral mood. In advance of its release on August 12, we made contact with Lustman while he was on tour in Japan and got him talking about poetry, Pornhub, formative acid trips, and shooting guns from a motorcycle.

1. Where were you born and raised?
New Haven, CT at Yale-New Haven Hospital.

2. What is the best and worst part about living in New York?
The best part for me, by far, is being close to friends and family. Also, if you say you live in NYC, a lot of people attach their own ideas to your persona or your lifestyle. So in that sense, I get a lot out of not saying much. Just putting “NYC” attached to my projects. Weird, right? Maybe that’s also the worst thing, although a few thousand homeless people would disagree. Look, the city is a beautiful beast. Go elsewhere for quality of life, come to NYC for shits and giggles, and to get a lot of work done.

3. What are your thoughts on the New York W.A.F.F.L.E. crew (a.k.a. Showtime, the infamous subway dancers)?
Those dudes! So great. And they are blowing up! Busiest crew in the game. Super sweet kids, very young. Just happy to be a part of something they have created. I’d love to have them dance at a party in the future. Blue Waffle is the guy you gotta get in touch with.

4. When was the last time you went on a long camping trip?
Never. I hate the idea of camping. Once I went to a bachelor party at a house in the woods, does that count? The house was much nicer than my apartment.

5. What is your relationship with nature?
I spent a lot of time on acid in the woods behind my friend’s house growing up. I usually turned into Link and the land became Hyrule, or however you spell that. I remember spitting a lot, like constantly. And it would shoot out of my mouth for what seemed like a mile. I felt like a champion for an afternoon. The land dipped massively before the woods started. If you could make it down the hill and across the tree line, you could hang with us. Childlike laughter in knee-high grass. Wild high.

6. What is your favorite experimental record of recent memory?
I’m not sure what defines a record as experimental. Not trying to be funny, I just honestly don’t know the criteria. You guys got me on this one. Maybe E+E The Light That You Gave Me to See You—I’m not sure if it’s experimental, because it sounds very much on purpose, so to speak. Whatever, it’s amazing. He is amazing.

8. You released a companion poem with your album announcement—how does poetry influence your music?
I’ve been equally moved by poetry as I have by music in my lifetime. The point of the poem, which hasn’t been talked about much if at all, was that the entire album was ghostwritten by Shanghai Den. The entire album. So do with that what you will. Shanghai Den became too powerful. Took over everything. I wrote the poem, she made the album? It’s a real whodunit.

9. In your mind, how is In the Wild similar and different from your past work?
It’s as playful as my first few releases. Experimental perhaps? Ha. But with some updated production techniques. It’s my favorite album I have attached my name to, that’s for sure.

10. What was the most challenging part about making your new record?
Getting it to come out. I wanted a May 13th release date on my birthday, but it got pushed back. Probably because of Kelis. That was challenging, but in a first-world kind of way. I do my part to peel away the onion everyday. I’m constantly having an existential crisis and the music is a result of that. I think, I mean I really think I am making art. But that’s sort of not up to me. My dad called me once to tell me he wished he had become a poet and not held a 9-5. He was proud of me for not taking the easy route and working 9-5. That blew my mind. I couldn’t imagine doing anything else at this point, which may be a problem if the tunes stop!!

11. Describe the ideal setting or environment for listening to In the Wild.
Solo missions. Cooperative role-play exhibitions. My studio. Your living room. That club you like. Subways. Always subways.

12. In the Wild feels more organic and untamed than your past releases—what were you listening to most while making it?
Thank you! Well, I stopped listening to my own fears, for starters. No voices telling me to care about structure or any form for that matter. I listened to my heart a lot. I became very aware of my heartbeat this past year, as I realized I hadn’t run a mile in over a decade. Things fall apart when you start to fall apart. My actual heartbeat. You may think that’s cheesy, but I had an awakening. A few people very close to me got very sick, because they stopped taking care of themselves and some passed away. I mean my dad, a few uncles, etc.—basically an entire generation of men and father figures all falling apart.

13. What is your favorite memory of playing an outdoor DJ set?
I really enjoyed the Do-Over in LA last year, but mostly ’cause Aloe Blacc is the MC and it was right before his massive hit with Avicii. So when I go to the bodega and hear that track (still! I might add), I think, “Oh yeah, that guy MC’s that party.” Sort of surreal. I don’t play outdoors often enough. I really want to start a block party in Brooklyn.

14. What do you lose sleep over?
It would be almost easier to mention the things I don’t think about while in bed. But I’d rather not say here, as they are my demons to deal with. I’ve got a few. Some old, some new. I’ve seen a thing or two. I hope I see a lot more.

15. A few years ago, we detailed your prior work as a sushi chef in an episode of XLR8R TV. What other kinds of jobs did you have before becoming a full-time producer?
And that’s the interview people still mention to me to this day! I’ve made sushi for friends and promoters in different countries because of that. I was a preschool teacher for three years—that was probably the most frustrating thing I can think of. I washed dishes in a restaurant—that was the best job I have ever had. I also did demolition and masonry here and there. That was great work, honest, great work. I got home covered in shit and exhausted everyday. I loved that paycheck and what it represented.

16. What is your most essential tool in the studio?
My computer. Without it, I’d still be in a band.

17. How would you describe your sound to someone who has never heard you before?
Dance music that’s hard to dance to. Or electronic music or death fuck face yogurt.

18. What is something you’ve never done that you’re curious to experience?
Become a father. That sounds pretty good. I really want to shoot a gun from a moving motorcycle. It’s something I have always wanted to do. I probably saw it in a movie as a kid and it just stuck. I really want to do that, hopefully before becoming a father.

19. Who is your personal hero, and why?
The usual suspects, Mike [Paradinas, a.k.a. µ-Ziq], [Luke] Vibert, Dego, etc. ’cause I have no plan beyond what I have seen that generation accomplish. I’d love to do more film work and score a videogame or two, but also just sustain and not lose my ears. When I stop knowing what is good about a track, I stop having the right to release music I think. My dad is pretty super too.

20. What’s the first thing you’ll do after answering these questions?
Find the smoking car on this bullet train to Osaka.