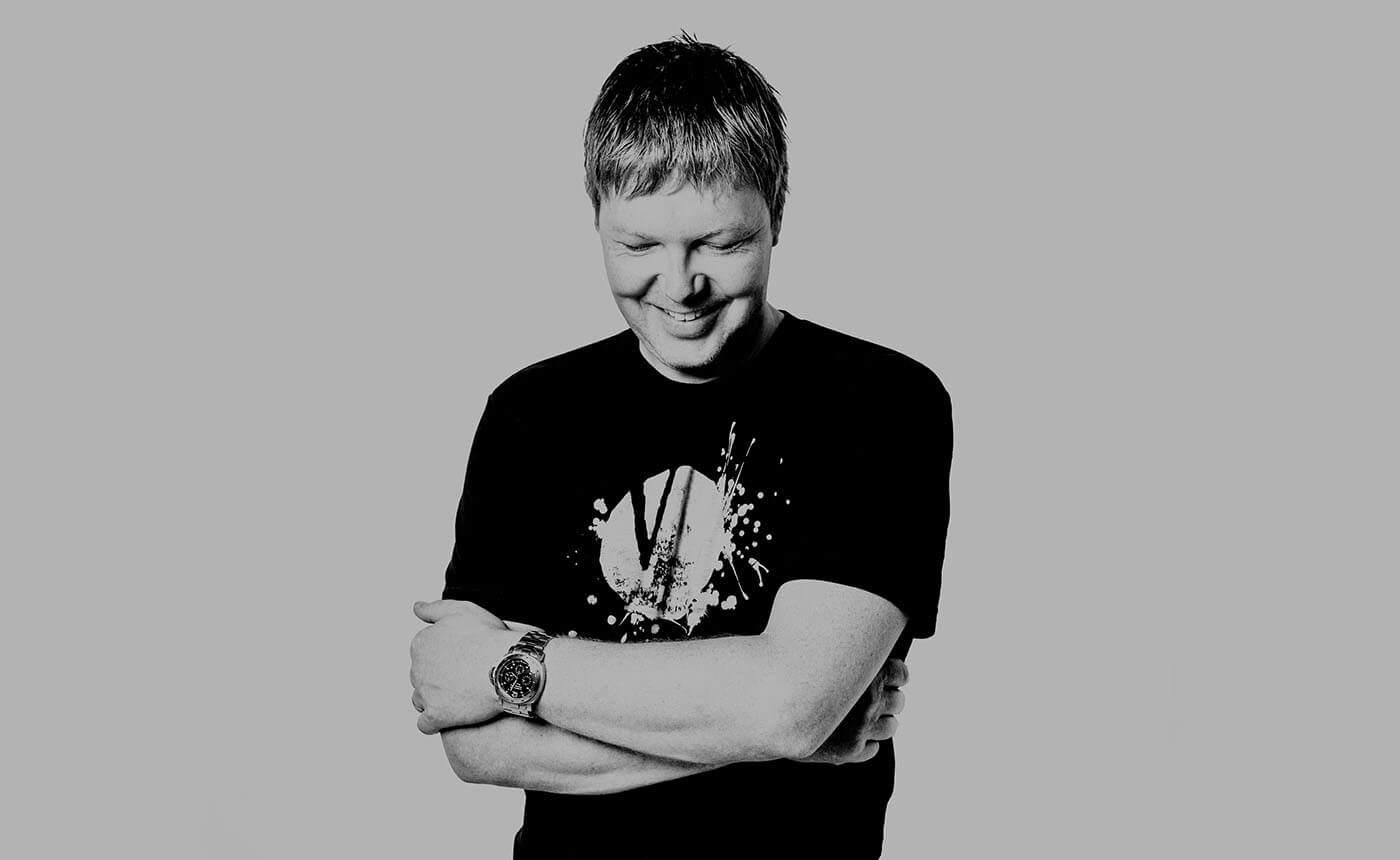 At this point in time, introducing John Digweed to our readers would be a redundant outing. After all, the DJ, producer, remixer, and label owner has clocked well over 30 years in the game, the majority of which has been spent pushing the scene forward with acclaimed mix CDs, residencies, and releases. Throughout his career, one thing has remained constant: quality. Every facet of his output, from releases to gigs, is a well-thought-out piece of art. This can be seen in his two most recent releases, John Digweed – Live in Brooklyn and Bedrock Frequencies, both of which are presented via multi-format physical packages of immaculate design and production.

To try and wriggle a few more facts about his career and life outside of the booth, we sent Digweed 20 questions on just about everything.

At home working through emails and starting this interview.

2. How were you first inspired to make music and DJ?

A love of music from a very early age and a passion for sharing that love with as many people who I could convince to listen to my selections.

3. Have you ever felt discouraged to the point of giving up music?

No never. I always wanted to be a DJ and I love what I do, every challenge along the way has made me who I am.

4. What’s the hardest part about starting a record label?

It all seemed to develop very organically for me so it didn’t seem very hard. You need a good logo, good A&R, and be able to make artists records shine out from the rest.

5. Is there anything you’ve released or done in your career you regret?

No, I don’t have any regrets, I’ve always tried to do the right thing even if it did not work out.

6. What led you to stop playing together with Sasha?

We just took a break after 17 years of playing together, it was time for some space and to focus on some of our solo projects.

7. What inspired the return of your B2B sets?

We met in Tokyo and had lunch and spoke about playing a gig together again. I was very happy to see how happy people were when we first played together again.

8. What do you think the electronic music scene could do with or without right now to push it forward?

The electronic scene has a habit of finding new sounds and styles by accident—people just trying something different and creating something new. At the moment, for me, the gigs are good and the music out there is fantastic, so I don’t think it needs anything taking away from it.

10. How do you stay driven and motivated after all these years?

I love what I do. I have the best job in the world and the best fans in the world. Why would I ever not love going to work?

11. Who is an artist (alive or dead) that you would want to work with, and why?

Bill Hicks. The guy was a genius and I would love to hear his thoughts on the world in 2017.

12. What are some of your methods for staying sane on tour?

Don’t go too crazy on the booze on the first few days.

13. When did you begin making music and what were you using?

I first went into the studio in ’91 with Nick Muir who I am still working with today.
He had an Atari set up which was all the rage until it conked out. We moved to Apple and Logic after that and have not looked back.

14. What is your current studio set up?

My setup is basic, I just work up some ideas and samples on Ableton. The main studio is at Nick’s place so he has all the real good kit.

15. What’s the most expensive record you’ve ever bought?

I never really bought very expensive tracks as they were not the ones I was looking for; however, I used to get loads of acetates pressed of new and upfront tracks that were not on vinyl yet which cost around £50 -£60 each—sometimes the weekly bill was over £500.

16. You recently released the five-disc Live in Brooklyn mix. With so many physical mix series ceasing operation, what are your thoughts on the format and its place in electronic music?

Well, we put a lot of work into the design and packaging. These days, if you want to sell a physical project, you need to make something people really want to own. I pride myself on the quality of the music and the mixing, so it only makes sense to deliver the fans with a great overall product. We’ve also just released a new comp called Frequencies and the reaction has been incredible, from the design to the new artists featuring on the album and the merchandise that goes with it. We have a great fan base and we always make sure they get the best product we can make.

17. What’s the weirdest thing a fan has done to you or given you?

I have had plenty of amazing gifts, paintings, and photo albums, among other things, but nothing weird, just really nice, well-thought out gifts.

18. What’s the most underrated club in the world?

I’m not really a fan of rating clubs—if they are full of people having a great time and enjoying the music, who can say this club is better than this one?

19. If you had to listen to one record for the rest of your life, what would it be?

20. What will you do after answering these questions?