Timbaland, time out, and teleportation. 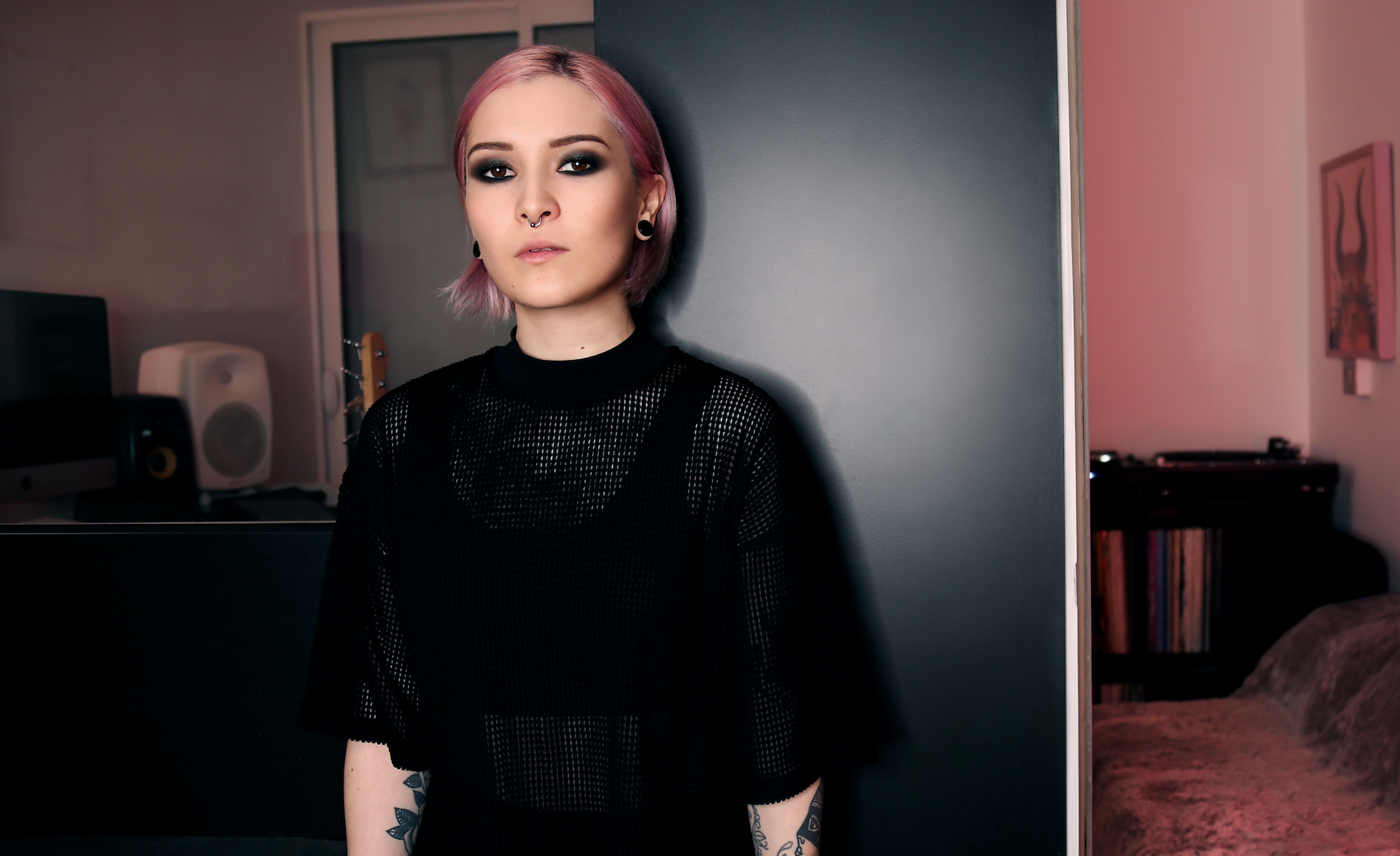 Timbaland, time out, and teleportation.

An exploration of hip-hop, trap, jungle, Full Circle is the latest work of Nocturnal Sunshine, Maya Jane Coles‘ outlet for her more bass-driven records. Across 15 tracks, and with the help of Ry X, CHA$EY JON£S, and Peaches, Coles attempted to connect her musical roots with her current sound. It was the the 29-year-old British-Japanese DJ-producer’s second record under this alias, following 2015’s self-titled effort, also via her own I/AM/ME label.

Coles began releasing electronic records in the late ’00s, after finding house and techno through dub, punk, soul, jazz. She also dabbled in hip-hop but was quick to migrate to dubby electronic sounds as she became familiar with the clubs and warehouse parties of East London.

She’s since released three albums under her birth name and two as Nocturnal Sunshine, not to mention the EPs on Hypercolour, 20:20 Vision, and Dogmatik Records, where she started back in 2007. She also forms part of live electronic duo She is Danger, and rumour has it that Coles also releases under various other aliases yet to be attributed to her. As a DJ, she’s proven herself to be equally competent, submitting mixes for Resident Advisor, Boiler Room, Fabric, XLR8R, and BBC Radio 1, while maintaining a busy touring schedule at the world’s leading clubs at festivals.

Off the back of her latest album, XLR8R dialled in with Coles to check in on what’s been going on in her life.

I’ve been working on tons of new music which I’m dying to get out there. I’ve taken a lot of time off travelling this year and it’s really made a difference to my quality of life, and just having a little more time than normal to focus on my own life in London has felt amazing. I’ve been lapping up the luxury of having completely unbroken studio time.

02. What’s the last thing that made you laugh and why?

The person in the street that told me I looked exactly like the DJ Maya Jane Coles!

03. You just released a new album. How would you describe it in a sentence?

Full Circle connects my musical roots with my more current sound and brings a more evolved Nocturnal Sunshine sound to my listeners. It’s one of the favourite bodies of work I’ve released.

04. How has the electronic music landscape changed since you started out?

In general, I’d say the impact of social media has been the biggest obvious change in the music world. There are so many benefits, of course: artists have never been so connected to their fans and other artists, people are more in control of the way they are heard and the way they are portrayed, people have easier access to discovering new music, etc. But there are certain drawbacks, for sure. The obsession with it all. The saturation. The change in club culture and the way people rave. Overnight success seems more attainable, but people can lose their careers over night from slip-ups far easier than before. Everything is at a click of a button.

05. What advice would you give to aspiring DJs?

I’d say the main thing is to never compare yourself to anyone else. Focus on your art and focus on what makes you unique. Make yourself incomparable to any one else out there. It’s easy to take too much influence from what already exists and follow a formula, especially in the DJ world. People make careers from that all the time. But if you want anything long lasting then you need to start your own movement.

06. If you could go B2B with anyone alive or dead who would it be?

A B2B hip-hop set with Timbaland. I don’t even know if he DJs but he’s a musical genius, so why not.

07. If you could have dinner with anybody, dead or alive, who would it be?

08. What would be your perfect day, and why?

To wake up and realise Brexit was all a stupid dream, wasn’t ever a thing, and no one needs to talk about it anymore!

09. If you could wake up tomorrow having gained any one quality or ability, what would it be?

I think considering my profession, teleportation would be the easy choice.

10. What is your proudest professional achievement to date?

If I scan through the last 10 years in my head, it’s pretty crazy to think of all the things that I’ve been lucky enough to do. There are a few things that spring to mind instantly but one of them is definitely touring with Depeche Mode as their opener for a chunk of their European dates a couple years ago. That was pretty immense. I never in a million years thought I’d find myself DJing in stadiums that size.

11. What are your top three tracks that you are listening to right now?

Taxman “Inside The Ride.”

12. What’s your favorite guilty pleasure on the road and why?

Trying different tasting menus in every city around the world ‘cause food is the best.

13. What growing music scene are you most interested in at the moment?

It’s been amazing to see a bigger platform for queer and LGBT representing-artists recently. The electronic scene has always been fairly open-minded, but it’s only very recently been more acceptable in the mainstream. There’s also been a surge of more alternative nights within the queer scene, He.She.They being a prime example. I’ve always been comfortable with my sexuality and have been lucky enough to have never felt the need to hide anything, but I appreciate that it’s not been the same for everyone and it’s important to recognise that and at least try and make things different for the new generation. So many people still experience negativity based around gender and sexuality, and even though there’s still a long way to go, it’s important for people who can do something help make the world a more inclusive place.

14. Where are your favourite places to dig for music?

15. What are your long-term ambitions in music?

To continue to make the music I love, produce more albums, score films, and to keep growing and evolving as an artist myself.

16. What would you want to be if you hadn’t become a full-time musician?

I love being creative in many different forms. Music is by far my main outlet but I really love drawing, painting, photography, and creating digital art. If I wasn’t spending my full time on music then I’d probably be exploring those avenues a lot more and doing something based around visual art.

17. Which artists are really impressing you and why?

My boy Cha$ey Jon£s. He’s coming with something fresh and we’ll be working on loads more stuff together in the new year.

18. What would be your perfect holiday?

My perfect place for downtime has always been Japan. Osaka was a second home growing up so I love spending time there. Other than that, I do love a holiday here and there but people always ask me where I want to go when I have time off—with the amount I usually travel already, my ideal time off is just being in London. I love my life here so much and I’m away from it so often that I’ve never had the opportunity to get sick of it. It’s a nice feeling.

19. How are you spending the festive period this year?

The same way that I always do, which is to be in London and spend quality time with my family and friends. I never have much desire to go away during the festive period, I like feeling cosy and homely at Christmas.

20. What’s the first thing you’re going to do after you’ve finished these questions?

Have a glass of wine and cook a huge dinner.