The rising South Korean talent answers our questions on just about anything. 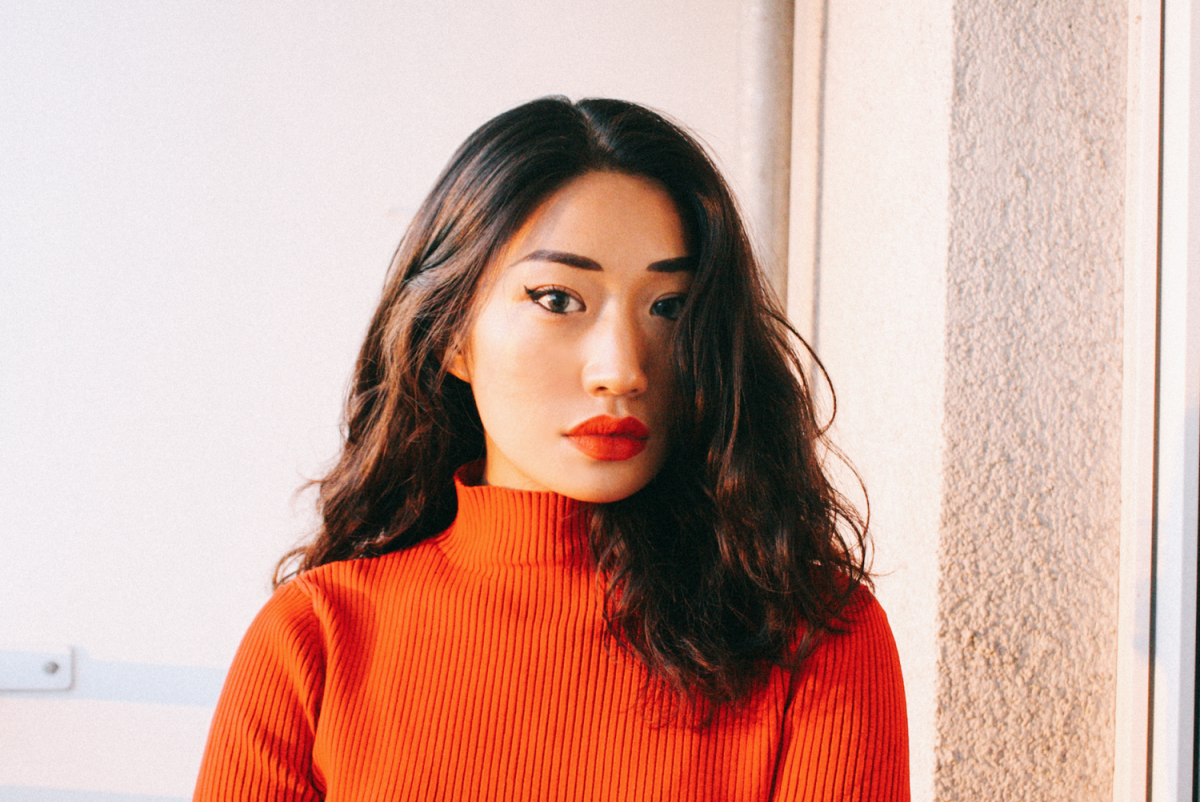 The rising South Korean talent answers our questions on just about anything.

There’s a lot of buzz around Berlin-based Peggy Gou right now—and for good reason, it would seem. Her story goes something like this: having been born and raised in South Korea, she moved to Berlin after a stint in London during which she started DJing and producing while studying at the London College of Fashion. And then, last year, she made her recording debut on Radio Slave‘s Rekids label with The Art of War Part 1, featuring a remix from Galcher Lustwerk. A similarly groovy and well-produced Part 2 followed soon thereafter, but not before her Day Before Yesterday/Six-O-Six 12″ for Phonica White—the vinyl-only label of the renowned London record store. It didn’t come as much of a surprise when Ninja Tune‘s house and techno imprint Technicolour then signed her up for another 12″, a release that cemented her position as one of electronic music’s most exciting talents.

On a DJing front, too, she continues to impress—with a debut at Berlin institution Berghain, a support slot for Moodymann at his DJ-Kicks album launch, and gigs alongside The Black Madonna, Jackmaster, and DJ Koze all under her belt. Reflecting on the past and with a lot more still to come, Gou took time out of her touring schedule to answers our question on just about anything.

1. Where were you born and raised?

I was born in Seoul and grew up there until I was 14, which is when I moved to London. So you can also say I grew up in London.

I just came back from Seoul and am now in my home studio with one of my organic juices, ready to make new tunes. With a pair of giraffes watching me.

3. You now live in Berlin. What are the pros and cons of living there?

Because I travel a lot, Berlin to me is a mainly the place where I sleep and make music. It makes me relaxed and one of the most beautiful things about being here is the long summer days. In Asia the sun doesn’t stay up until late into the evening like it does here—it’s always dark by 6pm. And Berlin is the best place for record shopping. The negative side for me is the winter, which is the time for me to hibernate.

4. What’s your earliest memory of music?

When I was young my brother had one of the first massive walkman-sized MP3 players—he would hold up the earphone for me, saying I had to listen to this. He listened to music people at his age of 10 or 11 years old didn’t really listen to, like classical piano such as Chopin or Bach, which is still quite rare in Korea—mainly young people listen to K-pop.

I started in Korea in 2009, when my first love was showing me how to beat match with two CDs. And then I picked it up again when I moved back to London in 2011.

6. 2016 was a whirlwind of international gigs for you. What’s the hardest part about being on the road?

Being on the plane too much and not being able to work in the studio.

7. Do you have any pre-gig rituals or superstitions?

Before every gig I need five minutes in my hotel room to pray. I always believed that if I forget to pray the night won’t go so well!

8. What’s the weirdest thing a fan has done or given you at a gig?

Lots of people give me giraffes—which is probably weird for most people but for me it’s perfect.

9. On the production front, you seemed to arrive on the scene seemingly out of nowhere with four standout EPs. How many tracks would you say you produced before releasing your first record?

Including unfinished tracks, I would say around 500. It’s hard to be objective about my own music, but at some point, it just felt like the right time to release them.

10. When writing music, what comes first, the drums or the melody?

It depends. There are no fixed rules when I compose music. I usually start with a beat or percussive sound on my drum machine or MPC. I often get inspired from just jamming with a synth, creating arpeggios, and sequences of very tight sounds with small decay and sustain—and sometimes I’ll find a chord or melody I don’t expect.

11. What’s the best piece of advice you have been given in regards to your music?

The best advice came from a friend who told me to do an exercise where you take one of your favorite tracks and try to make a similar track, following it step by step. This helped me a lot to understand certain key elements and how they relate to each other in the arrangements.

12. What piece of fashion could you currently not live without?

What I like about fashion is how you can represent your personality and taste through it. So those are the parts I couldn’t live without.

13. Do you think your love of fashion influences your music? If so, how?

I look at both as expressions of my taste. I don’t use anything I learned in fashion when making music, but both are influenced by my personality.

14. Are there any projects on the horizon for you that will join fashion and music?

I sometimes DJ at some fashion events but there’s not really a plan to combine them so far.

15. Aside from those two, what’s your favorite hobby and why?

When I was a kid I really wanted to be a cartoonist, so I still love to do illustrations.

16.What was the last full-length album you listened to?

Pepe BradockBaby Craddock. That’s my most listened to LP recently.

17. If you had to listen to one record for the rest of your life what would it be?

18. What’s your favorite record shop on the planet?

I don’t know if I have a favorite, but I really enjoy shopping at Hardwax, Phonica, and Rush Hour.

19. Did you make a New Years resolution this year? What was it?

20. What’s the first thing you will do after answering these questions?

I need to work on a remix.