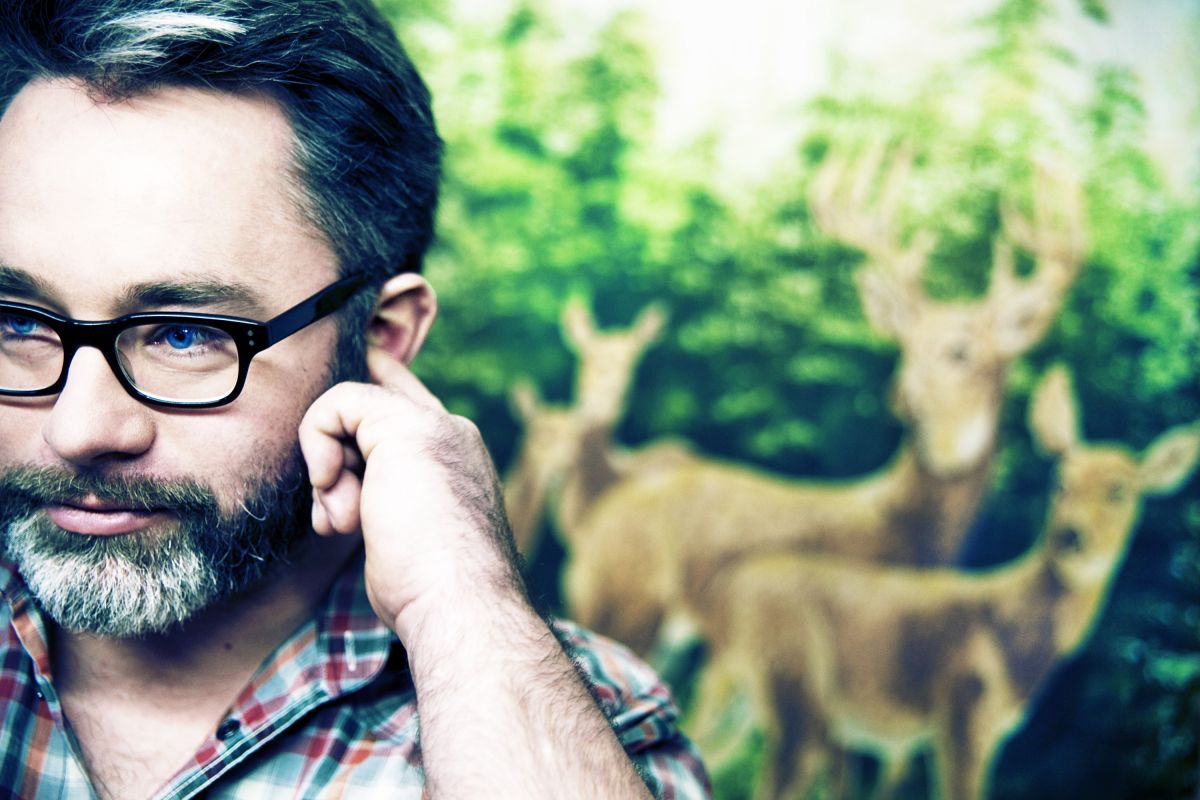 Gabor Schablizki (now known as Robag Wruhme) has been in the game for a considerable time—since about 1997, to be a little more precise. For over a decade, he was best acknowledged as one-half of Wighnomy Brothers, a collaborative project for which Schablizki handled the production: all releases under Wighnomy Brothers were actually created and produced by Gabor Schablitzki alone. The project then came to an end in the early months of 2010, leaving Schablitzki to work on his solo work as Robag Wruhme.

Sonically, the sound of Wruhme is distanced somewhat from his previous work; while Wighnomy Brothers’ material possessed a high-energy, dancefloor aesthetic, Whrume material is subtle—serene, peaceful, and more delicate, in many ways. It was quite a sharp change of tack. Subsequent releases, over recent years, have landed on Kompakt, Musik Krause, and Pampa—and it was a blissful 2011 Thora Vukk full-length on the latter that really captured the wider world’s attention. Anticipation for a new LP has been high ever since.

There remains, however, a distinct sense of intrigue around Schablizki; despite no shortage of interviews, not too much is know about him or his work. He is, as becomes clear, a distinctly private man who dislikes the travel and widespread acknowledgment that success in this field brings with it. There is no artist biography and he flat out refuses to talk about certain subjects. Given the opportunity, however, XLR8R could help but try to learn some more.

Robag Wruhme will perform at this year’s Hideout Festival alongside some great names, including Leon Vynehall, DJ Haus, Ryan Elliot, to name just a few. This year’s edition takes place from June 26 to June 30 on Zrce Beach, Croatia. More information, including tickets, can be found here.

1. Describe to me your surroundings right now.

I just arrived home after an exhausting but great weekend. Spring is making its way also in Germany. Finally.

Sorry, I have to skip this one.

3. Where were you born and raised?

I was born in Rudolstadt and been raised in Apolda, both small towns in the countryside of East Germany. I left my parents early and moved to a slightly bigger town called Jena. Right now, I am based in Weimar and Quito.

4. Who or what do you miss most when you are on the road, and why?

My girlfriend, my son, family, and friends.

5. You said in another interview that you’re “not made for electronic music.” Do you find touring challenging?

I do not like traveling at all. The mix between rushing and waiting kills me. Being on the road bores me to death. You know the food menus, the entertainment programs, the lounges or immigration processes, and all those nervous people you’re surrounded by who want to board or leave planes/trains in a rush are driving me nuts sometimes. Plus, the usual madness which comes along with the business were working in.

But, if the lights in the club turn dark, I start to play my intro, the DJ booth holds enough space for me and my things, there is a toilet nearby and a nice bottle of wine next to me—then I start to feel warm and cosy like there is a warm blanket wrapped around my shoulders.

6. What is the hardest thing you have learned since becoming a full-time artist?

That there is no consistency in our business. You always have to deliver always; there is no time to rest and take a breath, but on the other hand, you need to take care of yourself to not get emotionally blunted.

7. Besides working in music, how do you like to spend your time?

Spending time with my little family makes my day every day.

8. When writing music, do you always start with a specific idea, or do you just experiment until you find something you like?

Usually, I start with the creation of a rough sketch and from this point, I begin to focus on the details. I start to combine the sounds until the smallest piece is set and arranged in the way I want it to be done.

9. Describe to me your studio setup in as much detail as you can—is there one machine that you couldn’t live without?

10. Speaking generally, how long does it take you to complete a track?

Sometimes it takes only hours, sometimes days or weeks. This is depending on the inspiration you’re blessed with at a certain time.

11. Is there one track from your catalog that you’re most proud of?

12. You’ve been producing music for a long time. How have your processes changed over this time?

I believe I have become more clear and precise over time. I like music with a lot of different layers, but it’s also important for me not to make it sound overloaded. My early productions were definitely more rough and dirty.

“Each millisecond of my songs is checked a hundred times until I am finished.”

13. Are most tracks pre-conceived or do you spend a lot of time just jamming?

I do not like jam sessions. I need to be one hundred percent in control of every little sound and smallest effect. Each millisecond of my songs is checked a hundred times until I am finished.

14. What’s the best set that you’ve ever played, in your mind?

All of my sets are good (hahaha), but in my opinion, the best sets of me are those where I can feel a weird energy between the audience and me. If this happens things can get really intense and magical.

15. What was the last full-length album you listened to?

16. If you could give one piece of advice to a young artist, what would it be?

I believe it’s not easy for the younger artists to reach an established position in the market these days, but some of those young guns are a bit superficial which is kind of annoying to me and it doesn’t help their case. Patience, persistence, and knowledge are very important. You need to be ready to pay a price and really try to find out if music is the right thing you’re doing and if you really love doing it. From this point, love will grow.

“Music needs time to grow—that’s the most important advice I can give.”

17. What’s the best piece of advice you have been given in regards to your music?

Do not force things. This will only go only wrong. Music needs time to grow—that’s the most important advice I can give.

18. How do you maintain the motivation and inspiration with music after so many years in it?

Well, music became my job and this job offers me the opportunity to travel around the globe and discover the world. Although I said earlier that I hate to travel, the chance to see all those different places, meet all these different people, and eat all these different kinds of food inspires and motivates me. It has made me become a more open-minded person which I am grateful very grateful for.

19. Do you have any pre or post-show rituals?

I do have some kind of routine which is in due to the fact that I do not like hanging around in hotel rooms, waiting there alone until the promoter picks me up and throws me into a crowded club. So, after dinner, I usually join the promoter and go to the club to try to get in the mood for the night. I hate the feeling of being forced to drink some drinks to reach a point where you are able to fulfill expectations regarding my entertainment level.

20. What’s the first thing you’ll do after answering these questions?