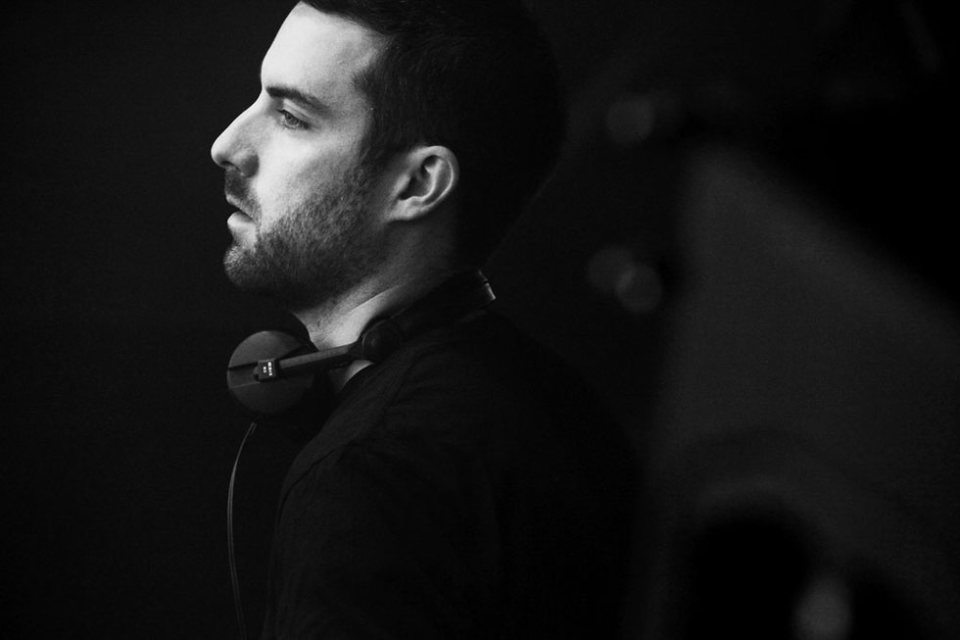 Over the course of the past eleven years, Scuba’s musical output has curved through various spheres of bass, techno, and house. The U.K. artist will release his fourth album, Claustrophobia, on his own Hotflush imprint next month, but before it’s arrival he took some time to answer our questions on production process, touring, and life after SUB:STANCE.

1. Where were you born and raised?
North London, I was born just off Highbury Corner and grew up not far from there.

2. Are you still based in Berlin?
I’m splitting my time now between a few different places in Europe. I’m still in Berlin a lot but not all the time.

3. Describe your surroundings right now.
Just now I’m in Copenhagen, where the weather is absolutely miserable but the food is pretty good.

4. You formerly ran the SUB:STANCE night at Berghain, how did that come about and what were some standout moments from the time it existed?
I was new in Berlin and wanted to do something distinctive with the dubstep-techno crossover movement which was happening at the time. Somehow we managed to hook up a meeting with Berghain about it, and to our amazement they were immediately interested in giving us a quarterly Friday night. It was a bit of a risk for them, and I am incredibly grateful to this day that they took a chance on us. Gilles Peterson’s Panorama Bar debut was pretty memorable—also a Monolake 5-way surround set, and Mala at the first party where he managed to shatter a window in Berghain.

5. Why did SUB:STANCE come to an end?
We wanted to go out on a high and the fifth birthday seemed a good time to do it. The last one was a really amazing party with people like Shackleton, Dillinja, Marcus Intalex, George FitzGerald and many others playing.

6. I read that this record arrived after a “period of calm,” and that the starting point was the preparation for your set at Labyrinth Festival in Japan. Can you expand on that?
I wouldn’t really call it a period of calm—I’d been seriously ill for 2 months before I started writing the record and was on a period of enforced absence from touring. I insisted on making the trip to Japan for Labyrinth though and it was quite a profound experience for me. I was unable to drink or do anything else at the time, or for a few months afterwards, but I did more dancing that weekend than for probably the five previous years combined. When I came home and got back in the studio the album came together within a few weeks.

7. When did you begin making music?
I recorded my first original tune, using a 4-track tape recorder, when I was about 13.

8. What is your starting point when making a track?
It varies, I don’t really have a set way of doing it. Sometimes I can hear exactly what I want the track to sound like before I even get to the studio, and sometimes I have no vision whatsoever.

“If you need to ask someone if a track is any good then it’s probably not.”

9. How do you know when a track is complete?
It just feels right. If you need to ask someone if a track is any good then it’s probably not, and you should spend more time on it. Or just start something else.

10. Can you describe your studio set up?
A computer, a mike, a Dictaphone, a Marshall guitar amp, a controller keyboard, and a very good interface.

11. What is your favorite piece of studio gear currently?
My amp which I’ve had for about 20 years and sounds absolutely amazing.

12. What have you been listening to so far this year?
Taylor Swift, Paranoid London and Len Faki.

13. What is next in store for Hotflush?
We want to release more albums, and we’re working on that. My one is the first we’ve had out for a couple of years, and hopefully there will be one more this year.

14. You said recently that Hotflush would be “in pretty serious trouble without Spotify right now.” Why is that?
Because of the money they pay us.

15. Did your recent break from touring affect your outlook on DJing or production?
It improved both.

16. What is your favorite record of the past five years?
The last Bat For Lashes album.

17. What do you look for when signing new material to Hotflush?
Long-term potential in the artist.

18. Your sound has changed over the years—was that change organic, or a more calculated decision?
I get bored easily, it’s really as simple as that.

19. Do you have any pre- or postshow rituals?
Before shows I don’t tend to get nervous as such, but I do kind of withdraw into myself and get very concentrated. Afterwards I have about half an hour of adrenaline before crashing out. The adrenaline part can either be positive or negative depending on how many mistakes I made during the show.

20. How do you entertain yourself when touring?
I’m not sure that I do.