House veteran MK (a.k.a. Marc Kinchen) is having himself a good November. At the beginning […] 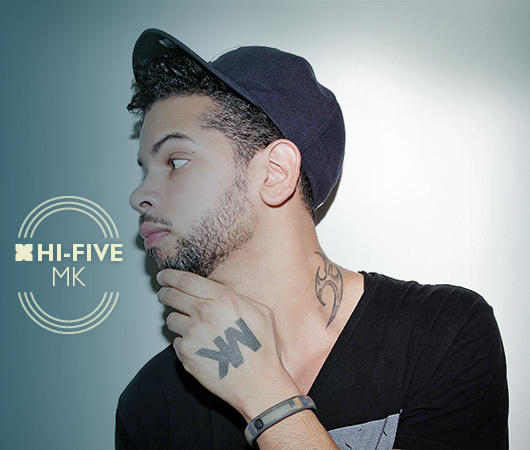 House veteran MK (a.k.a. Marc Kinchen) is having himself a good November. At the beginning […]

House veteran MK (a.k.a. Marc Kinchen) is having himself a good November. At the beginning of the month, his remix of Storm Queen’s “Look Right Through” surprisingly hit number one on the UK pop charts (oddly enough, more than three years after the original song was first released). Next week, he’ll be following that up with the reissue of “Always,” his 1992 classic with vocalist Alana, via the Defected label. Of course, Kinchen’s influence has loomed large over the current explosion of ’90s (and ’90s-reminiscent) house and garage sounds, particularly in the UK, so we figured it would be interesting to ask the man himself to put together a list of some of his favorite cuts from that era, with one caveat: he wouldn’t be allowed to select any music that he had a hand in making himself. Though he didn’t follow our instructions to the letter—he slipped in a couple of tunes that actually dropped in the ’80s—his selections do include some undeniable anthems; better yet, they provide a small window into what music (other than his own) got Kinchen excited back in the day.

Mr. Fingers “Can You Feel It”

Okay, if you want to get really technical, this record came out in the ’80s, but its effect on music can still be felt today. Mr. Fingers (a.k.a. Larry Heard) is this amazing producer from Chicago and Tennessee and his sounds combined electronic and techno, with super smooth and soulful strings and synth sounds. It was infectious to me when I first heard it and it still inspires me today.

To be honest, I never cared for the intro, but once the vocal kicked in and the hook hit, I loved it. If I had been remixing back then, I think I could have killed this record—that and “Pump Up the Volume.” [Both tracks were] undeniably “house” for pop music.

The Reese Project “The Colour of Love (Reese Deep Mix)”

Not only did Kevin Saunderson produce and write this, but he remixed it too, all under his alias Reese. This mix is so deeeep and so pumping. I never get tired of what he did with the vocals on this.

When this song came out, I instantly knew I wanted to meet these guys. Were they brothers? Whatever, this track still kills it on the dancefloor. Truly timeless.

If you can look back almost 25 years later and say, “Whoa, this record still sounds great, the vocals are fresh and the melody is still lush,” then I put it in my ‘Best Records Ever’ category. Kevin Saunderson produced and wrote this too. Pure genius.