The conversation comes in intense waves, along with the roar of rush-hour traffic and pedestrian […] 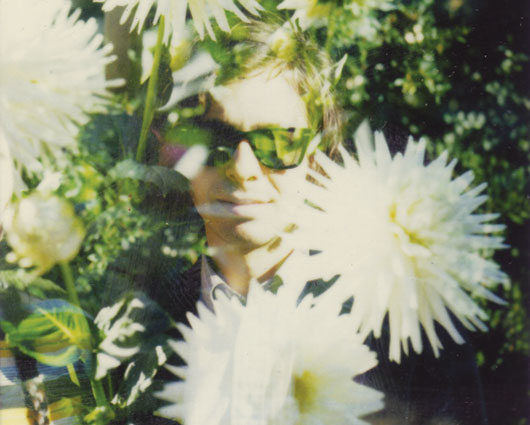 The conversation comes in intense waves, along with the roar of rush-hour traffic and pedestrian […]

The conversation comes in intense waves, along with the roar of rush-hour traffic and pedestrian squawks near Manhattan’s Madison Square Park, where Alexis Georgopolous, the composer/songwriter/sound mixer/producer who calls himself Arp, has stopped for a bite to eat and a long-distance chat about his life and work. The background is busy and chaotic, but Georgopolous’ focus on the music he makes remains steady and razor-sharp.

“There’s a thread coursing through all my work, a search for a musical identity that just feels right,” he says, cutting through the din. “It’s a nebulous space where I find my inspirations. It doesn’t come from any one place.” Some of that searching and inspiration no doubt began in early childhood, when he split time between northeast Ohio, where his father taught philosophy at Kent State University, and Greece and France, where his family on both sides originates. He went through the cultural studies program at Ohio’s Antioch College before spending 10 years in San Francisco, where he was a member of funky post-rock experimentalists Tussle from 2002 to 2006.

After leaving the group, Arp was initially conceived as a sound installation at SF’s New Langton Center for the Arts (a show curated by Matthew Higgs of New York’s White Columns art space). But it also developed into an ambient song cycle made with electronics and additional strings, released as the full-length In Light in 2007.

Georgopolous moved to New York the following year. “The first three years in San Francisco felt magical. But it eventually lost its verve for me,” he says. “New York is so vast, with so many things going on that interest me—classical music, dance, electronics—that I can hardly keep up with it all.”

More importantly, the frenetic pace of the city’s arts scene has quickly found a way to keep up with Georgopolous, who was commissioned to compose a score for a duet between Merce Cunningham and Trisha Brown dancers, has done more sound installation and other collaborative gallery work, and was also selected to be part of The Boredoms’ 88-drummer live performance spectacle in Los Angeles in 2008. As a member of the Alps, a trio that blends soft French and Italian psychedelia with harder elements of German cosmic rock, he’s released two acclaimed LPs on Type. And earlier this year, he collaborated with Slapp Happy co-founder Anthony Moore.

Arp’s new release, The Soft Wave, recombines all his influences into a highly addictive package that recalls groundbreaking art rockers like Eno, Bowie, Cale, Wyatt, and Cluster, while steering clear of mere copyism.

As Arp, Georgopolous dares to enter the established canon and finds its contents timeless, ripe and ready for the re-shaping. But he doesn’t stop there. On “High Life” he adds melodic Juju guitars and West African rhythms; “White Light” borrows fuzz and Fender Telecaster strum from the Velvet Underground; and then there are classic analog synth sounds strewn about as well.

“I’m constantly moving around in the music I love,” he says. “I’m learning I can make different kinds of records, none of which I hope are an escape into the past, but a continuation of experiments begun by great artists.”

The Soft Wave is out now on Smalltown Supersound.