The Grammy-nominated duo return to the XLR8R pages to give their tips on production. 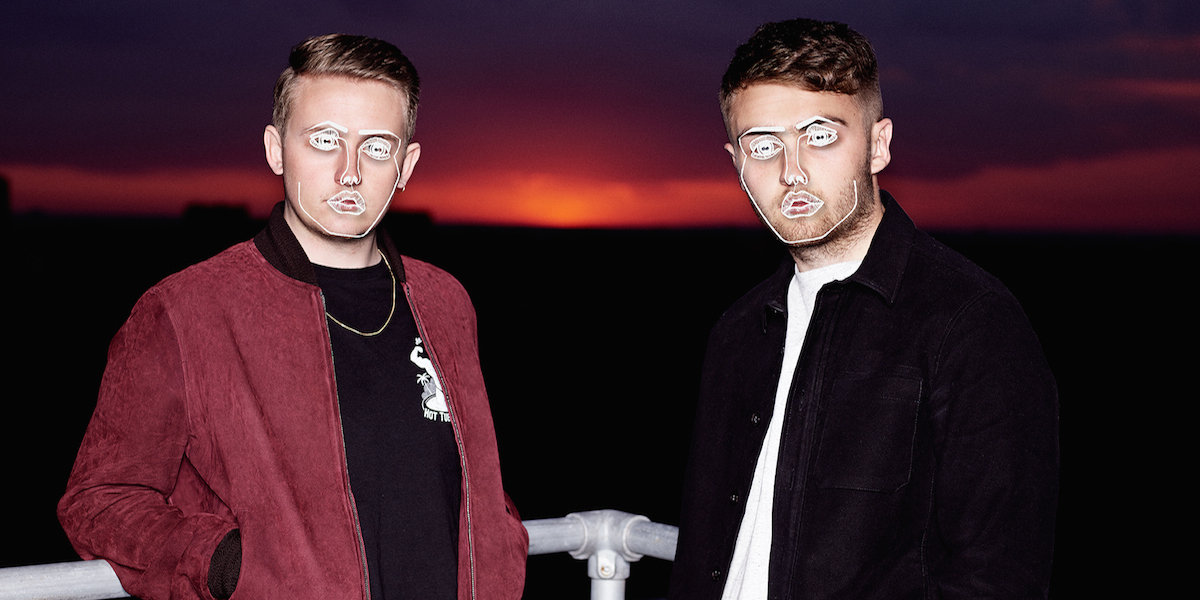 The Grammy-nominated duo return to the XLR8R pages to give their tips on production.

Although Guy and Howard Lawrence (a.k.a. Disclosure) have appeared on XLR8R twice before, their evolution over recent years means they no longer seem like the perfect fit for our channels. Back in 2012, when they were profiled as part of our Bubblin’ Up series, before submitting a one-hour podcast to close the year, the London-based duo were one of the year’s most impressive breakthrough acts, lauded for early productions that blended garage and house influences with pop vocals. It was an impossibly catchy and original combination that saw many tip them for success—but it’s difficult to imagine that even they could have envisaged what has happened over the past four years.

Having released their much-anticipated debut long-player in 2013, just months after their XLR8R podcast, the duo embarked on a worldwide tour that included high profile performance at LA’s Coachella and Chicago’s Lollapalooza. Last year, the duo’s sophomore LP, Caracel, earned them both a second consecutive UK number one album and a second Grammy nomination for Best Dance/Electronica Album. Earlier this summer they headlined the Other Stage on the Friday evening of Glastonbury Festival.

All this means it’s difficult to consider them part of the scene that XLR8R works to uncover; their sound has drifted much closer toward pop pastures and it’s now unlikely that any of their recent productions—or “songs,” as they correctly label them—will be found in the record collections of our readers. That being said, it would be wrong not to recognize the quality in their output—the pair have a rare ability to roll out catchy, vocal-laden productions like no other—and it is for this reason that we invited them to share some of the studio secrets behind their success. Some, if not all, of the below tips can certainly be used for all those who are looking to improve their work in the studio, even for those seeking a less commercial style.

Pitching vocals around using plug-ins and effects can really mess with the crispness and sample quality of vocals if you don’t approach it in the right way. Because of this, you must be very careful when manipulating vocals on a production.

The best example of this is Howard’s vocal manipulation in “Boss.” We wanted to pitch down Howard’s vocal for this track as we felt it suited the vibe better if it was a little dehumanized—more like a robot, and also a little less personal. We wanted to achieve this without losing quality in the audio, so we found a good way to achieve this is to record the song at a faster speed and sing it in a higher key, then slow it down to the key you want to work in. This is something Prince did regularly, especially in “Erotic City.” However, this means that all the vibrato gets slowed down too which we didn’t want, so we decided to record at a slower speed and use the vocal manipulation software Melodyne to pitch the whole vocal down.

Use Sidechain Compression to Add Groove:

Sidechain compression can be used as a subtle way to add groove to your synths, pads and bass without actually playing anything rhythmic, if used correctly. The best example of this is the Al Green sample manipulation in “Feel Like I Do.”

With this track, we didn’t want to mess with the sample too much, as it is one of our favorite songs of all time and we’ve been listening to his music since we were little kids. It just seemed wrong to cut it up loads and pitch it about! So, instead, we just wanted to choose our favourite parts and add some groove, extra drums, give it a fresh mix and more punch.

We found that a great way to achieve this is with sidechain compression over the whole mix. Usually we would only do this on the bassline, but for this song, it worked really well over the entire song—even the vocals, keys and guitars; it just gave it a real swing.

One way to achieve really aggressive and quick sidechain compression (if you want to use the kick drum to trigger the compression) is to actually not use the sound of the kick drum itself; instead, set up a separate kick drum that plays the exact same pattern as the kick, but use a really short sample—something like an 808 hat, for example. This way, you can use the attack and release on the compressor itself to adjust the rate at which the sidechain releases, rather than being governed by the kick drum itself, which can sometimes be quite long. This allows you to set the threshold on the compressor insanely low and really pump the mix, giving you that swing—something like you hear in Fly-Lo’s track “Tea Leaf Dancers.”

Layer Your Kick Drum to Create a Fuller Sound:

The key to creating a kick drum with a full, big sound is covering as much of the frequency range as possible.

This is a an important tip, but it’s important to note that not every song/track needs a massive or really punchy kick drum. Some may just need a short, filtered rumble of a kick; others may better suit a long 808 style kick, more commonly used in hip-hop. Punchy 909s tend to suit house and techno. But if you’re looking for a kick sound like the one in our song “Moog For Love,” it’s all about covering the entire frequency range. There are several things going on at once to create this.

Firstly, we have a few loops happening from the start of the track before the kick even comes in, which were built from various conga, percussion and drum kit sounds. There is a conga on beats one, two, three and four, all of which contribute to the sound of the kick as they are happening every time the kick drum sounds.

Secondly, the bottom end of the kick is based on a TR-909 kick drum pitched down quite a lot, to give the long extended sine wave sub that the track needed for its four-to-the-floor feel.

Thirdly, there is another kick drum sample from an acoustic drum kit that we recorded over the top, with all the sub taken out so it doesn’t clash with the 909; instead it adds crisp, quite rough and high frequencies over the sub, and also makes it sound a little more in keeping with the congas and shakers. I think it makes it sound more acoustic.

Finally, we added a little white noise and tape hiss over the top, just to fill in the gaps of the super high frequencies that the acoustic kick wasn’t quite reaching, but only at a very low level.

After running all that through a decent compressor of your choosing just to give it a little more bite and attack (and a bit of tape saturation for overdrive), you should have yourself a pretty massive sounding kick drum!

Disclosure can be found playing at this years’ GROUNDWATER festival in San Diego—set to take place on October 29 and 30 at the beautiful Park at Petco Park—which boasts a lineup including Disclosure, Dusky, Breach, Lane 8, Justin Martin, Damian Lazarus, and Infinity Ink. More info here.