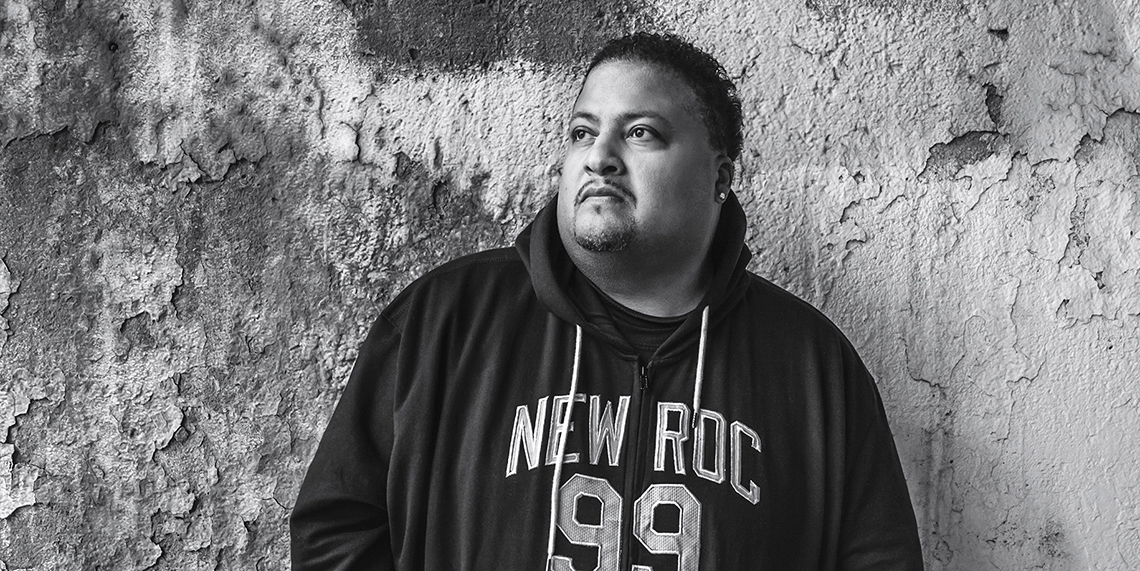 It’s hard to overstate the importance of Dance Mania Records. The Windy City imprint was instrumental in bringing the sounds of Chicago—and ’90s ghetto house in particular—to the world, which is why the label’s unexpected return last year was such a widely celebrated event. Home to the likes of DJ Deeon, Paul Johnson, DJ Funk, Jammin Gerald, Parris Mitchell, DJ Slugo, and countless others, Dance Mania was responsible for an almost absurd number of raw (and often raunchy) dancefloor classics, many of which were captured on 2014’s ‘Hardcore Traxx,’ a double LP reissue compilation put together by the Strut label. Upon its release, we noted that the compilation had only scratched the surface of the Dance Mania catalog, and apparently the folks at Strut agreed, as a follow-up compilation, ‘Ghetto Madness,’ is set to arrive next week. Listening to these vintage cuts, we found ourselves thinking about how exactly they got made; while the production was obviously rudimentary in some ways, there was undoubtedly a certain magic to Dance Mania that allowed its music to transcend its humble beginnings. Curious to find out more, we asked DJ Deeon to take us behind the curtain and explain a bit more about exactly what went (and still goes) into his speaker-rattling tunes.

Let me start off by saying that I am not an engineer in the traditional sense. I produced and recorded all of the releases on Dance Mania myself without any formal studio training and I developed my own techniques. I think I work more by feeling than anything else.

Monitors
I’ll start here because this is key to the tracks I make. I was asked by Mark Richardson at Metropolis Mastering what monitors I used and the truth is, I don’t use any. I figured early that if I was going to play my tracks at a party, the only true reference for me was to use party speakers—a single 15-inch top and a single 15-inch scoop or sub—so I brought them in as part of my studio set-up at home.

[quote align=”none”]I developed my own techniques. I think I work more by feeling than anything else.[/quote]

Beats
No offense to the TR-808, but nothing bangs like a TR-909 if you tune it up right. I am still an old analog fan, so the 808 and 909 are still my drums of choice. On the 909, I like to use the tuning knob for the bass component. Using my speakers, I experiment until I find the right frequency for a track so you can feel it in your chest. I don’t put effects on my beats or treat them in any way—they always sound more raw kept as they are, kept straight. I sometimes add a bit more bass to the kick sound if I need it.

Samples
Back in the ’90s, I tended to use Akai samplers—my first one was introduced to me by Paul Johnson, an Akai S01. Like many before me, I fell in love with Akai. It took the work and made it easy and fun. All of my previous samples were triggered by hand via my Numark mixer, then later the Akai MPC 2000, which I used until around 2008. I would mainly use it to sample music notes, mostly bass sounds and electronic bleeps and noises.

I consider myself to be the first to flip R&B and rap tracks into house tracks by doubling the BPM of the R&B track, as I did with Jodeci’s “Freakin’ You,” which I cut up for my remix called “Every Day” on Freak Mode. I would see how the vocals on a track worked with a 130 bpm, four-on-the-floor kick, and if I didn’t have to speed it up too much without time stretch, it was a go and I would start to develop it. I didn’t treat the vocals a lot since they were already well recorded, sometimes I would maybe just add a bit of reverb. Then I’d chop the vocals in different ways until I liked the pattern. I did a few R&B tracks like that—Bone Thugs-N-Harmony, E-40, and more.

When I sample my own voice or some of my friends’ voices, I generally use them dry and flat with no effects. Nowadays, I use the MPC Renaissance for samples, but the process is still the same. I still love the analog sounds and always prefer the old keyboards too.

Vocals
I use a lot of phrases and chants that I have heard over time in my neighborhood on my records and that often then resonates with people. My track “Where the Hoes” features this party chant that local guys would do. I just took the phrase and asked a couple of my friends to do it on the record and it really worked—that record got a lot of radio play. That track then morphed into a cleaner version, “The Freaks,” which is on the new Strut Dance Mania compilation. I like developing ideas naturally like that, just building on words and stories that you hear around you.

[quote align=”none”]I figured early that if I was going to play my tracks at a party, the only true reference for me was to use party speakers.[/quote]

Mixdown
Back in the day, I used to mix quickly. It was just about making a track, recording it straight to DAT, and moving on to the next one. Now, I definitely take a little more time, separate each channel and make everything sound harder and crisper. I started out with a simple Tascam 4-track and then, later, used a Mackie board, which gave me much better separation.