The Toronto producer passes along a few of his studio tricks. 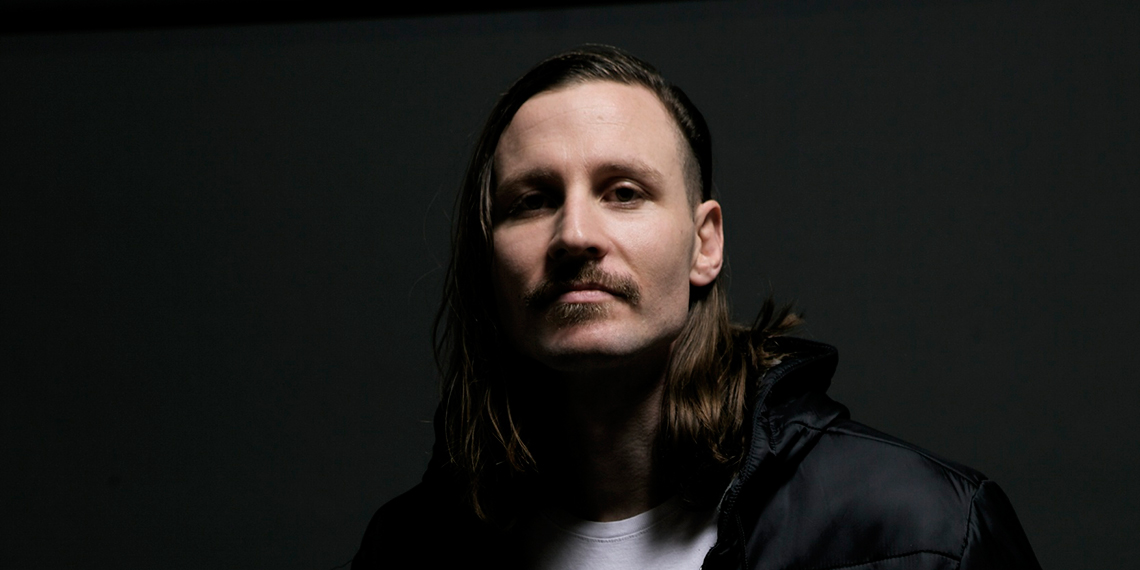 The Toronto producer passes along a few of his studio tricks.

For the past several years, the name Egyptrixx (a.k.a. David Psutka) has been closely associated with the Night Slugs camp (after all, the UK label did provide a home for his first two albums, ‘Bible Eyes’ and ‘A/B Til Infinity’), but the Toronto producer has always operated on something of an island. Although he certainly shared some aesthetic traits with his Night Slugs brethren, Psutka’s constructions always stood just a bit apart from those of the tightly knit (and largely London-based) crew, and presented a hybridized style that married the sonic palette of grime to a highly architectural brand of techno. He’s continued with that vision on his third album, ‘Transfer of Energy [Feelings of Power],’ which drops next week via Psutka’s newly launched Halocline Trance imprint. Between the new LP and his growing production workload with other artists, we know that Psutka has spent a lot of time in the studio as of late, so we asked him to share a few of the techniques that he’s picked up along the way.

Over the last few years, I’ve been working quite a bit as a studio producer with other artists, and I think the essence of the work is preparation and troubleshooting—having clear ideas and quickly dealing with problems as they come up, so work is fluid and artists feel good about their performances. Working on my own stuff isn’t much different. Here are some strategies I use when working on records.

Refine ideas outside of the studio.

There is some silent work to be done on any record—decisions about concept, atmosphere, sequencing, lyrics, production/engineering techniques, etc.—and I like to do as much of it outside of the studio as possible so I have a clear understanding of the project and can work quickly without much second-guessing. Also, I find it basically impossible to come up with good ideas while staring at a computer screen; it’s such a paralysis device. I prefer airplanes, subways, bars, libraries, whatever… I’ll usually sketch out most of a track before I start any kind of recording.

Studios are totally fun places, but they’re full of things that can dilute or distract your original idea: cool gear, interesting people, technical problems, drugs/booze, etc. It’s good to do as much work as possible on a song before you start recording and arranging. The ideas will probably drift a little (or a lot), but I think it’s good to understand your intention before you start.

Parameters are an artist’s best friend.
Cheap, intuitive computer programs like Ableton and Logic are awesome and totally positive for music—anyone who tries to tell you otherwise is probably an asshole. However, the biggest challenge when working with DAWs, VSTs, and sample packs is to not get distracted. There is basically an infinite number of options at every juncture, and scrolling endlessly through sample pack folders is a total nightmare. I like to figure out a sound palette before starting on a record. If you have access, working with hardware is another good way to narrow your options and focus your process.

I also think it’s important to make decisions about general atmosphere and basic production techniques in advance so that when you get tired or frustrated, you can refer back and keep things rolling forward.

[quote align=”none”]Cheap, intuitive computer programs like Ableton and Logic are awesome and totally positive for music—anyone who tries to tell you otherwise is probably an asshole.[/quote]

Any song or record is essentially a series of forks in the road; there are dozens, hundreds, thousands of small decisions to be made, and as a songwriter or producer, you’re constantly having to decide “left or right.” It can be exhausting. Fatigue is an absolute killer in the studio and once it sets in and your ears get tired, the day is done. Minimizing and managing fatigue is totally crucial. I like a rigid schedule with lots of breaks and I try to step out of the studio before I get loopy. If I stay fresh, I’ll work longer and get more done over the course of a day. Take breaks; go do emails, read something, go outside, eat, whatever. Make sure you’re purposeful and have energy when working—don’t overdose on work. Four to five hours of good, productive studio time is better than 12 hours of drudgery.

It’s an especially important thing to keep in mind in 2015 because most artists—even rich, famous ones—do some amount of self-production or mixing. This means having to listen to your tracks more and potentially getting sick of them. Know when to walk away and get the hell out of the studio!

Write with the wrong instrument.
If you have access to instruments and are stuck on a part—or if you’re just looking for a fun writing trick—try writing with the wrong instrument. Play a synth line on a guitar, a vocal melody on a piano, a percussion bit on a bass guitar, whatever. There’s nothing revelatory here, it’s just a silly little trick that can sometimes be useful and produce an interesting result.

When working with vocalists, I like to throw problematic vocal lines into MIDI piano roll and tweak them there—I’ve definitely gotten out of a few jams with this one.

Also, I think I saw Machinedrum mention once that he taps his parts out on a table while he’s writing—I think this is clever and basically the same idea. Understand the parts independently of the gear or instrument (or your relative ability to play them).

[quote align=”none”]Studios are totally fun places, but they’re full of things that can dilute or distract your original idea.[/quote]

There is a lot of value in non-musical ideas. I spend a lot of time trolling non-musical arenas like movies, industrial design, and obsolete architecture for things I can lift and bring back to music. This process has basically become the mission statement for the Egyptrixx project and definitely comes in handy with others. The ideas might relate to texture, arrangement, concept, structure… whatever really. It’s a nice way to generate new ideas and can clarify your understanding of your material.

For example, I’ve always loved Donald Judd’s compositional decision to use crude, industrial materials—concrete and steel—in his work as some kind of celebration or acknowledgement of America’s ascension though industrialization. He made high art with massive slabs of low, ugly material. I love this idea and have tried—with debatable success—to bring it into a few songs.