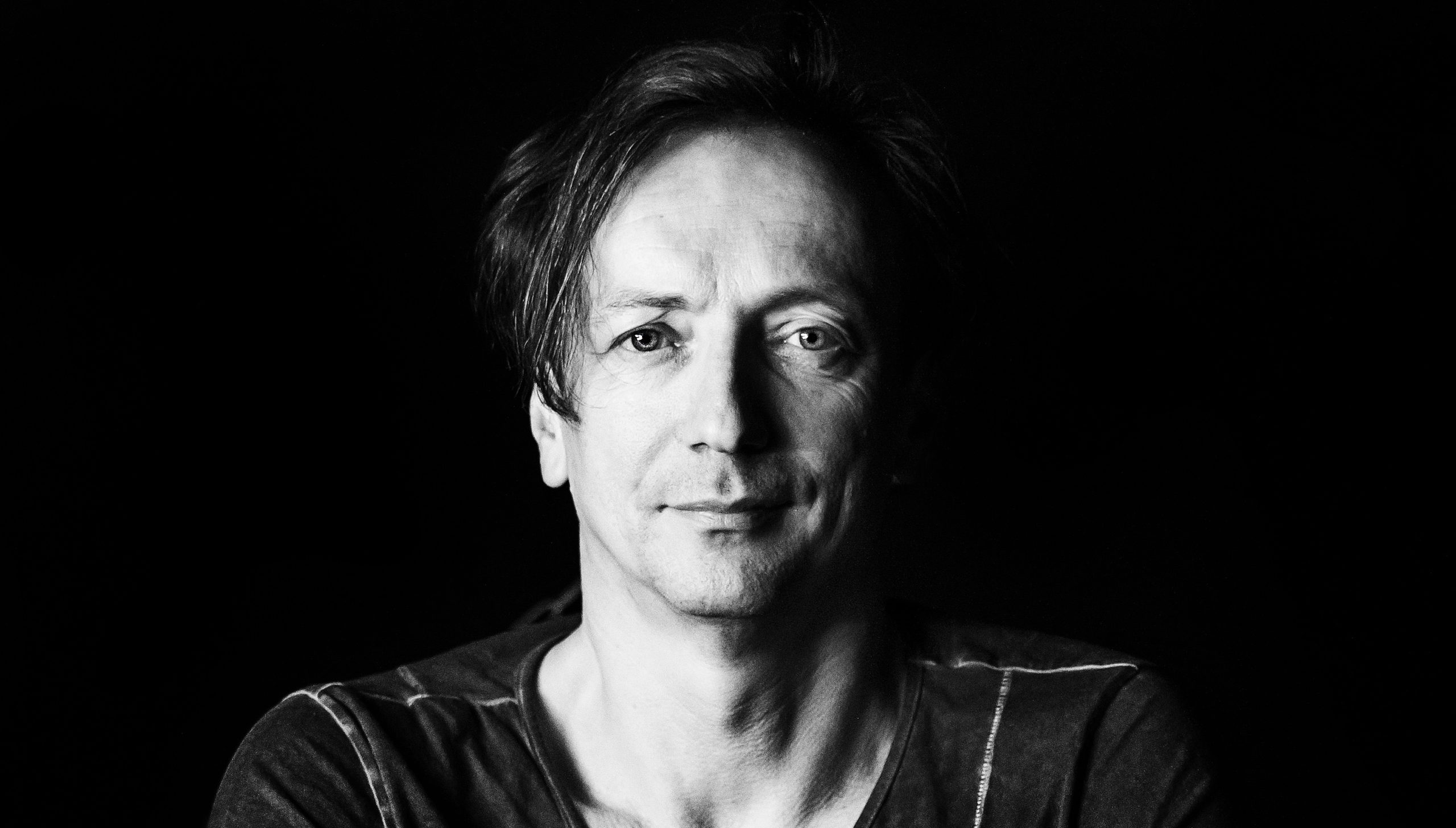 Although Volker Bertelmann is one of the most recognizable 21st-century proponents of what is known as “prepared piano”—where the sound is altered by the insertion of alien objects between or upon its strings, hammers, and dampers—he was barely aware of the champions of such a practise when he first began his experiments. Even John Cage was a largely unfamiliar name that fateful day when he sat in the studio of his friend Adam Fuest and, frustrated by the sounds he was making, starting placing random objects into the instrument.

Volker Bertelmann first began to study the piano when he was nine after an epiphany while attending a Chopin performance in his hometown near Düsseldorf, Germany. Despite seven years of classical training at school, and then a further two years with a private tutor, his interests were never as pure as the tutelage he received. Soon he was employing his new musical skills to play along with his favorite records on keyboards and synthesisers—he had a particular fondness for Jeff Wayne’s War Of The Worlds—and, later, to perform with cover bands.

By the age of 18, Bertelmann had already composed his first film score, and having picked up a deal with Sony Music in 1994, he spent much of the next few years rapping and playing keyboards with God’s Favourite Dog before forming Nonex, with whom he released two albums in 1997 and 1999. As the 21st Century got underway, he hooked up with Torsten Mauss to form Tontraeger—who blended post-rock and electronica with significant panache—and also with Luke Sutherland (Long Fin Killie) and Stefan Schneider (To Rococo Rot) to work under the name Music A.M.

It was during this period that he became more and more fascinated with electronic music, developing a particular interest in stripping back anything that he considered redundant within his compositions until the obsession led to him trying to achieve a similar effect without the use of electricity at all. He discovered that placing material within a piano opened the doors to a whole new sonic world in which he could transform his instrument so that it loosely replicated the sounds of all sorts of others, whether bass guitar, gamelan or the hi-hat cymbal of a drum kit.

The first fruits of this work were released by Karaoke Kalk, with Substantial dropping in 2004 and The Prepared Piano a year later. In 2007, Hauschka then signed with 130701, an imprint of FatCat Records where he released a series of increasingly high profile albums. Most recently, he shared What If his eighth studio album, released in March via City Slang.

Ever prolific, however, Bertelmann has continued to work on numerous other projects throughout the last decade, most notably in the fields of film, theatre, dance, and art. As well as various short film soundtracks and four film scores—including Doris Dörrie’s “Glück,” nominated for Best Film Score at the German Film Prize in 2012—he has also composed for the stage. There his work has included 2006’s remix of Wagner’s “Parcifal” (in collaboration with Stefan Schneider) for Berlin’s Hebbel Theatre, while in 2011 he composed an 18-minute overture for Rittberger’s “Puppen,” part of the 2011/2012 theatrical season at Düsseldorf’s Schauspielhaus.

Almost two decades after he began his professional career Volker Bertelmann (a.k.a Hauschka finds himself in the unusual position of being regularly compared to the likes of Eric Satie, John Cage, and Steve Reich—a revered producer and musician in every sense. Now, drawing on all his experience and wisdom, Bertelmann sits down to offer up some tips to all you aspiring producers out there.

Haushcka will be performing at this year’s TodaysArtist Festival, taking place from September 22 – 23 in The Hague, Netherlands. On the lineup this year are Legowelt, Laurel Halo, Marie Davidson, Ron Morelli, and more. More information is available here.

To find a good bass drum you can always go into your sample library and search for the usual suspects, but I have found that it’s always a great idea to explore some less conventional methods. For example, you can try attaching a contact microphone to a variety of surfaces (like a window or something made of wood), hit that surface, and record and sample it. On “I Need Exile,” I used a Helpinstill pickup between the hammer and the string of a piano and heavily filtered it. The pickup is handmade specifically for piano and creates a sound that can be easily transformed using EQ to sound like a bass drum. I also sometimes use an Eventide H3000 to add sub-frequency—the bass drum sounds extremely warm and powerful and you can adjust the quality by using a good EQ.

As human beings, we’re used to being in our comfort zone, but I think for progress to be made we need to challenge ourselves and do things that we’re not used to or typically comfortable with. This is the only way we grow. “Familiar Things Disappear” is a good example of this approach: I changed a lot in the piano to get multiple new sounds from it.

I’m always trying to find ways to encourage myself to change the way I approach music by finding new voicing and new tonalities. I have sometimes used tape or felt wedges to deaden certain piano keys so that it produces a very strong, nearly toneless percussive sound like a drum. The more tape you use and the thicker it is, the less tone you have. I also use a lot of guitar pedals with a sub-mixer to create long reverb or weird delays— anything to give the piano a different sound envelope to challenge my usual way of playing or thinking about a piece of music.

I either have to change my rhythm or the key I am playing in. I think you can get similar results with guitars if you change the tuning or if you tape obstacles on the strings. Drummers put all sorts of material on the toms because they suddenly loose the sustain and it is different to play them with a very short attack. I think it helps to challenge yourself frequently without losing the strength in your work.

It’s also important to be willing to make mistakes as these can be helpful for finding new, surprising ideas and developing your work. There really is nothing stronger or more inspiring than the unexpected. The element of surprise is always helpful to find new paths and form a different outlook on creating music.

Get to Know Amplification

On “We Live A Thousand Years,” I experimented with a lot of different re-amping situations to make the piano sound like a synth. This is a method that comes from a time when recordings were created with tape machines. When it comes to production and you have something that sounds good, it’s hard to go back to it and make edits because the track is made in the moment. If you want to record, for example, a guitar with a great amp but you also want to have the clean guitar signal so that you have the option to decide later if you want to change the amp, what you have to do is send the clean guitar signal out of your recording facility into another amp so that it sounds like somebody is playing the take again but you can alter the acoustics using different amplifiers and microphones if you want.

I have found that with a lot of sounds it helps to reset them into an amp and record them again with different microphones to try to get a warm, analog feel to your sounds. I use a lot a Fender twin reverb with AKG 414s or Coles 4038. The idea behind it is to use recorded sound sources in the same way as having an instrumentalist in the room and give it different layers. Sometimes I also use an amp or a speaker in the staircase of my house to create a big, natural reverb.

When recording a piece of music like “I Can’t Express My Deep Love,” I think it’s great to use a number of different mics and work intuitively with the microphone locations to gather new perspectives on the sound. When I am micing up a piano, for example, I mostly use a solid stereo mic with Schoeps Mk4s and have a second stereo pair of Groovetubes GT44 a little closer to the strings. I might also have a pair placed near the preparations and another pair positioned at a further distance in the room. For a grand piano, I use the Coles 4038, Schoepes Mk4s or the AKG 414b-uls. The ones I have are from the late ’70s and they sound awesome.

My good friend Dustin O’Halloran and I often discuss how we want to record our instruments and we often focus on finding a good spot for our instruments and the right microphones. The positioning of the instrument is another very important consideration. Whenever I get a new piano, I always try out where to put it before I am happy as the room can sound terrible in some spots with your piano stuck to the wall but then even the most awkward spot can be the best sounding one in your room. I also think that a small living room with a nice floor and some furniture can sometimes sound better than a top-class studio. I am a big fan of having a ‘close’ sound, or at least to have the option to switch between intimate and grand. A lot of sample libraries do try to replicate these effects but I personally feel that no library can truly replace a real instrument.

In general, I have to say that it’s important to develop a good knowledge about mics but also a very playful way of turning these ‘rules’ on their head to gather new perspectives on your sound.

Work With Your Hands

Computers have become such an integral part of our everyday lives that I feel it is increasingly important to use my hands whenever I am searching for new sounds. An idea can materialize in seconds just by, for example, putting a felt wedge between the strings of your piano and I have a plugged bass guitar or a pizzacato string sound. Sometimes too much time is needed to set everything up digitally and you can lose your inspiration, especially if you have to solve technical problems or software mistakes. I also find that direct contact between your body and the change of sound to be very inspiring. It is the same feeling I get when I am working with an analog synthesizer where I can shape the sound with knobs and have an intuitive approach to get sounds out of the machine.

When I am searching for something new I think about a laboratory of things that I can combine. On “My Kids Live On Mars” I took a whole day to research different options on the piano, but once I’d found something, I saw endless opportunities in front of me. The prepared piano is maybe just a symbol here for all sorts of other ways to approach music and sound. A lot of the minimal composers had a very experimental and interesting approach which shows their playfulness, such as Steve Reich’s piece “Pendulum” from 1968. The computer is a great piece to work with, but to reach an outstanding quality I think it is important to step away from the screen at times.