Earlier this year, the world was introduced to Matom, a collaborative project from Thomas Gandey […] 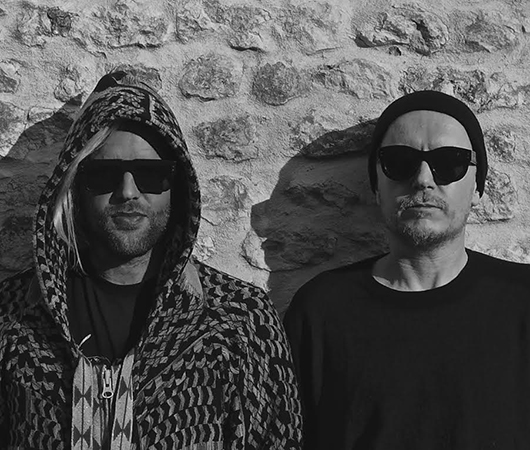 Earlier this year, the world was introduced to Matom, a collaborative project from Thomas Gandey […]

Earlier this year, the world was introduced to Matom, a collaborative project from Thomas Gandey and Radio Slave (a.k.a. Matt Edwards). The pair started its run in grand fashion, issuing an LP, ‘Love Mistakes,’ via Carl Craig’s Planet E label. (Originally released on vinyl over the summer, the record was given a wider release on CD and digital formats last month.) Clearly created by veteran artists who know their way around the studio, ‘Love Mistakes’ is packed with lengthy explorations that often only lightly reference house while incorporating elements of jazz, new age, and a myriad of smoothly introspective sounds. Given that so much knowledge went into the record, we figured its creators might be willing to share a bit of it with the XLR8R audience, and enlisted Gandey to spell out a few of the artistic and production philosophies that he and Edwards have relied upon over the years.

They say 10,000 hours can make you an expert… and Matt and I have definitely each put that time in. The other day, Matt shared a photo of his ‘time in the air’ whilst on tour over the last few years, which [totaled] some two months alone on one airline. Matt is a label boss, artist, designer, producer, DJ, and leader in the electronic scene. I don’t fawn over people, but there are few who have earned their stripes in such a majestic way. I also multitask and wear many hats. (You have to be insanely driven in this business to keep going and [stay] at the top of the game.) My skills as a professional musician, producer, DJ, and vocalist have seen me working with people like David Byrne and Jeff Wayne along the way. I enjoy working with other people as much as I enjoy working alone in my studio, but you have to be personable and willing to meet in the middle to collaborate. It’s a lesson in being gracious. Working with Matt is always refreshing, as we think differently but understand each other. We have a mutual admiration for each other’s talents and we’ve worked to enhance and support each other’s skills. Since we first met in Brighton and hung out in my studio a few hundred years ago, we have always worked together in one way or another and we finally got the chance to create our first album under the name Matom. We have started something with longevity where egos are left at the door.

Producing and practicing your craft

We both write ideas fast, and I always capture my first take, as it’s often ‘the one.’ I tend to work totally live on the arrangement page. It’s like painting a canvas, and I find it saves time and creates something unique in the moment; [moreover ,] it’s committed to the cut. Matt can create a groove so quickly that I have to stop him before it morphs seamlessly into another track that’s equally as good; likewise, Matt doesn’t want to sit there for 30 minutes whilst I noodle away on keyboards channeling Chick Corea. If an idea is not working, we scrap it and move on without letting that interrupt the flow. Time is precious, but we still managed to sketch some 40 ideas to get down to the last 10 tracks that made the album. There’s always a new groove to be born and something else that needs to be finished.

A lot of people ask me about finishing tracks (as they have trouble finishing), so I offer this advice. Make the arrangement as early as you can with a defined end and draw a line under the track when it sounds great. Matt has his tips and tricks and secrets and I have mine, but everybody needs a trick in this world. Creating music is a learned craft that gets better until you get lazy with it. How many bands turn into shadows of themselves when they give up and seem to become a cover band of themselves? I see it happen everywhere. You need the spark to inspire you. Matt says to me, ‘You have to be in it to win it.’ It’s something that rings true. If you don’t love it, you won’t succeed long term. We have both been full-time musicians for well over a decade.

There is certainly a science to producing, but when you start to [realize] that the boundaries are limitless, you can get lost in your own mire. We don’t spend much time mixing and engineering, as we have the experience and ears from making hundreds of records and hearing them on various quality club systems to know what sounds right. So we mix as we go on the fly, with a little bit of engineering on the back end of a session and a modicum of plug-ins. You have to know your speakers inside out to do this. We both work quietly to give our ears the best chance for something to sound great outside of the studio, briefly stopping to turn it up and check that everything is there. We don’t enter any loudness wars, as dynamics are as important as a track itself. Too much music is so saturated and overcompressed; it sounds like garbage and should be treated as such. Make something beautiful and timeless, something that you will be proud of in 10 years. We are artists, not a factory line, so be proud of your artistry and don’t follow the pack.

When we made Love Mistakes, Matt played me a lot of new age music, Vangelis, Manuel Gottsching, Klaus Schulze, Wally Badarou, movie soundtracks like Babel and Bladerunner, and we took these as inspiration for the sessions. The incredible music from all over the world is within our grasp; the talent is exceptional and the performers are exquisite. Every day, I am humbled by the skill set of a master musician or virtuoso when I see them perform or stumble across something on the internet. Matt has a phenomenal music collection and every time I am in Berlin, we spend a lot of our time just listening to music, with the ‘listen to’ pile growing ever taller. Most cities Matt goes to, he will find a record store on some corner and search its dusty racks for treasure; when he finds it, he brings it back to Berlin. On my last trip to Buenos Aires, I found a record store that had the most incredible selection of Argentinian psychedelia. I didn’t even know that existed. The other day, Matt sent me a video of Cory Henry playing gospel organ that I can’t stop watching. Danny from Psychemagik sent me some Serbian sleaze-funk on Monday, my girlfriend sends me amazing indie electronica music all the time that I pinch for certain DJ sets, and likewise I send my finds to those I love. I will never find enough music and most of it was already written well before the 1980s reared its colorful head.

Use and record real things

We both captured a lot of field recordings during the making of Love Mistakes: a waterfall in Shibuya, ripened corn fields rustling in France, cicadas in Ibiza at sunset, the U-Bahn in Berlin pulling into the station with that funny phasing noise it does, people enjoying an afternoon in a park during the summer. These ambiences create soundscapes that add so much to a recording. We also used a lot of hardware; to feel and touch something that responds with no latency and gets creative in your hands is key to me. I like the element of chance to create a new sound. It takes me a day to set up my studio to get to the point where I can record a song live in one take, but [after it’s done,] I have simultaneously written and produced something that’s finished and I could go out tomorrow and play live. For Matom, [we used] the Moog voyager, an 808, Nord Leads, hand drums, Fender Rhodes, and a collection of world percussion I’ve amassed from my tours, including a bean pod, seed cases picked up from the the ground, and temple bells and claves from Asia. You can also buy all sorts of amazing rack hardware gear now for very little money. Sound quality hasn’t gotten better in the last 30 years. It’s diminished with digital in-the-box and soon, rack gear will be like analog synths—super collector items that are out of reach for most budgets. I remember buying my Roland SH-101 for £75 and a TB-303 for £200, which I thought was expensive at the time.

Also, I like to use other musicians; for the Matom album, I got a talented guitarist, Paul Sandrone, to play on the sessions. He added so much in a four-hour session and made the tracks sparkle.

Matom is a passion for us. We’ve worked at this for three years, taking our time, both of us juggling busy schedules, but always coming together. In Bordeaux, we would sit down at my place in in the Southwest of France, eat well, and get into a studio session in our own time. In Berlin, we would go to a concert or an exhibition and afterwards, inspired, we would venture into the studio to sketch some ideas. We have also played various live shows as Matom, [including performances at] the Kantine at Berghain, the Miami Winter Music Conference, and Hansa Studios in Berlin. Live shows take extra focus and a steady nerve to hold it all together; for our next show in Stockholm with the Radiophonic Workshop, we are going a night early to prepare and we’ll be putting in a week of rehearsals beforehand.

Our passion for the experimental comes with maturity in the scene. Before we started this album, we had worked together on some downtempo projects, like when I played keyboards for Matt’s Quiet Village project with Joel Martin. Downtempo and ambient invokes a spiritual lightness of touch when you create it. Like minimal, it gives your head space to think about the space between the notes and the absence of heavy formulaic drums taking up all the frequencies.

I know that tomorrow I will find a new piece of music and be inspired by it. I have tour dates in a new territory next weekend, and Matt’s flying from Australia to Santiago as I write this. However, when we stop traveling, we are [just as happy] in our studios with a blank canvas open. What shall I create today? Shall we start the next Matom Album?