Sascha Borchardt reveals some of the secrets behind his brooding, atmospheric sound. 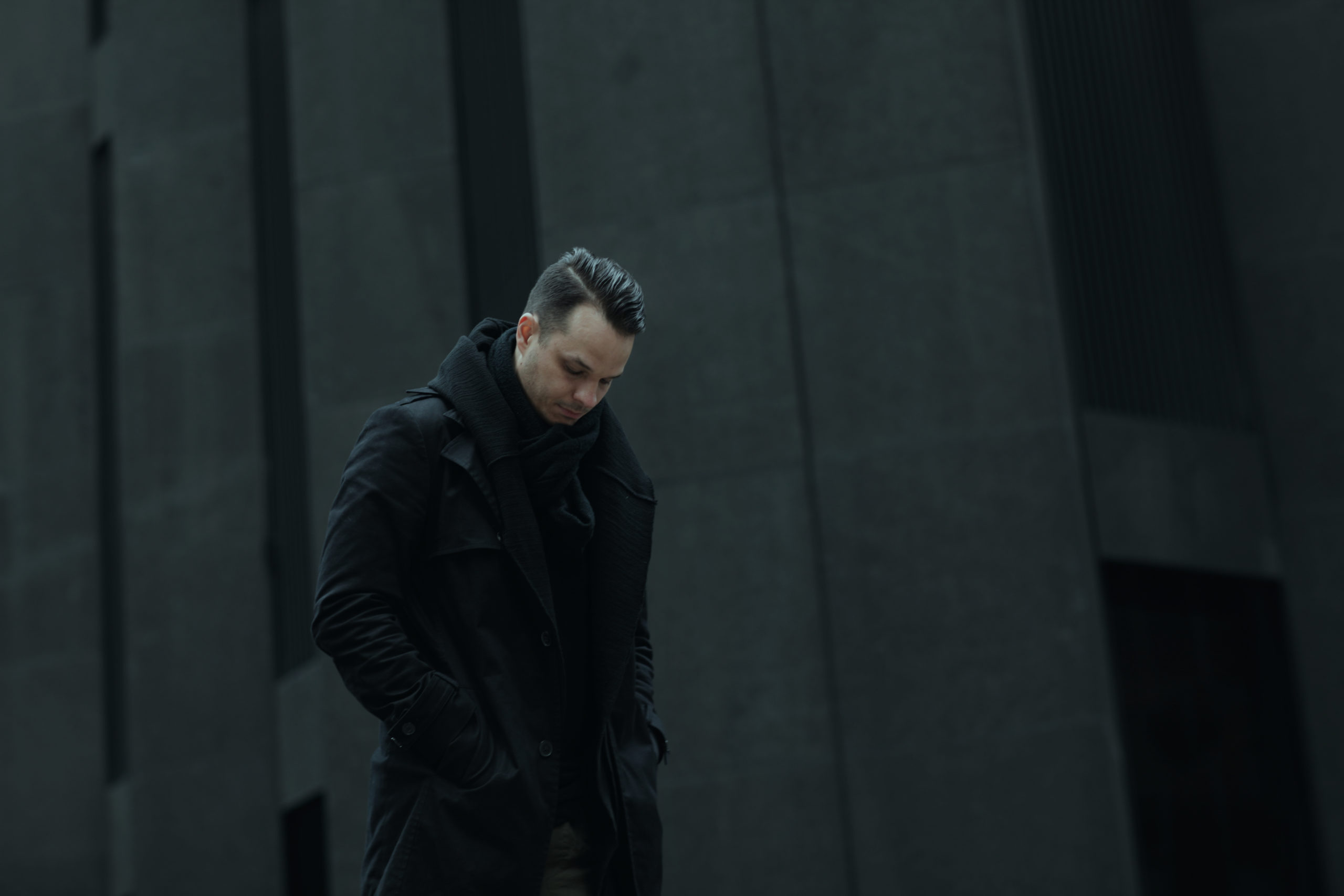 Sascha Borchardt reveals some of the secrets behind his brooding, atmospheric sound.

Given his releases on some of techno music’s most prominent labels, many of you will already be familiar with the work of Sascha Borchardt (a.k.a Monoloc).

Borchardt, now based in Berlin, grew up in Frankfurt and spent much of his earlier years emerged in the city’s punk scene or practicing as a professional chef. Only around the age of 16/17 did he become interested in electronic music, inspiring him to start mixing records at friend’s birthday parties and bars around the city. Production didn’t come until several years later—initially in his bedroom before he hired out his first studio space and began searching for his own sound.

Slow to start, perhaps, but releases came quickly—mostly through his own Smallroom Records and Spinclub Recordings. Then, having become friends with Chris Liebing‘s CLR crew, he went on to release a string of EPs and his debut LP on the label, quickly rising to acclaim in the scene for dark, brooding techno. Soon, following a move to Berlin in 2014, he captured the attention of Dixon and Âme who included his “Flaneur” on the Innervisions Secret Weapons Part 7 EP; since then, he’s continued to add to an impressive discography, sharing music through Hotflush before dropping a poignant, left-field LP on Rødhåd‘s Dystopian—a captivating release that marked an evolution in Borchardt’s sleek and punchy sound. More recently, he has contributed a track to Tale of Us‘ Afterlife compilation.

Though shared via many platforms, one common thread through all his work his a dark and atmospheric sound, be it in his dancefloor material or that which is distanced from the club world. “A lot of people ask me why my music sounds alive and open,” he explains, smiling. In truth, the answers are not so complicated, he continues; and in this week’s Artist Tips he’s taken the time to share some of the secrets behind it.

Use Field Recordings for Atmosphere

Field recordings are a great way to create dark, dystopian atmospheres in music. I find that these recordings allow me to create a unique sound, one that is much more special than those made using a synthesiser or something else. A lot of people ask me why my music sounds alive and open–and the answer is field recordings. They’re often expecting a complicated answer to this question but the solution is actually really easy.

Field recordings have been present in my music from the very beginning. I started by simply recording the crackle of the records when I put the needle on the label, but nowadays I use my Tascam Recorder–simply because I can afford it now. From a personal standpoint, I like to record in my kitchen because I was a chef in the past so I have a connection with these sounds. To give an example, “Cloning Society” started with me recording myself in the kitchen while cooking, and then I took the sounds as the basis for the track.

In creating these atmospheres, the best sounds are percussive, crackly sounds–not heavy ones with lots of bass. Audiences talking in the background, traffic, subway stations, or these sort of blurry, muffled sounds are especially good.

Once you have the recording, you can add it at the end of the production as a way of adding atmosphere once you the basic idea laid out. This makes the track feel more animated– more open and less like a regular techno track. The process of adding the sample is easy, too. I double the sound and then put one part on the left and one part on the right side in Ableton, to make the sound more open. I then always add a low-cut EQ on it to cut the bass and then a reverb, too. That’s it. It’s a final touch.

“You should focus on getting a few sounds right rather than just adding more to the mix.”

Give Sounds Space the Breathe

Quantity of sounds does not equate to the quality of the track. Sounds, like anything else, need the room to breathe if they are to have their intended impact, so often it can be good to keep the production as simple and stripped back as you can. Adding too many sounds can prevent the creation of these atmospheres, so I don’t use too much percussion, for example. However, I’ve listened to a lot tracks where the artist has used a lot of percussion and the production ended up feeling crowded. You should focus on getting a few sounds right rather than just adding more to the mix.

To do this, I will finish a track and then let is rest for one or two weeks. After this period, I will revisit the track and really listen carefully to see if I can remove any of the sounds–to check that they all add something to the final production. It’s not often that I remove them, but it’s an important part of the process. If I am not happy or sure, I will let the track rest for a few more days.

Invest in Good Headphones if you Want a Good Mixdown

If you want to have an accurate final mix down, you need to invest in a good pair of high-quality headphones. This is what a lot of people don’t understand.

Like many artists, I like to use speakers when producing a track because it aids the creative process. You cannot make music all day on headphones because you need to feel the room and the bass on your body–it’s also not healthy to wear headphones all day long. However, speakers–however good they are–are not accurate enough for the final mix down; and you cannot trust them as much as the studio headphones that are available on the market today.

Once you have the track finished as far as the creation goes, you should always switch to your studio headphones to complete a mix-down to ensure everything has the right frequencies, loudness–to ensure everything is at the right level–before sharing it with any artists or labels. You simply cannot be this accurate with speakers because you cannot trust the room.

When it comes to studio headphones, I use the Audeze LCD–2.

Be Smart with Your Time

It’s important to self-observe in order to find when you are in the best mindset to produce. This is especially true if you have a studio outside of your home; there is no point wasting time in the studio trying to create if you are not in the mood to create tracks. Learn how your brain works and spend time in the studio wisely.

From my standpoint, it took me some time to realise that I am most productive in the morning time–at least when it comes to actual creation. Once I recognised this, I made sure that I allocated time each morning to spend in the studio, while my brain was free of distractions, so that I could be in the best mindset to produce music. In the afternoon, on the other hand, I am often distracted by bills and tasks that must be done so I realise that this is not a good time for me to be creative. So, if I am studio during the afternoon, I will do the non-creative parts, like mix-downs or jam sessions to create material for periods when I am creative.

Also, it’s important not to force it. If you don’t feel like being in the studio then you shouldn’t always force yourself to be there. It can lead to frustration when you can’t find a result–and time spend watching films, reading books, having conversations, playing sport, or just walking around in the park can be beneficial when it comes to process. Time spent away from the studio is not necessarily a waste.

Collaboration is an important part of inspiration.

Like many artists, I have periods–from one week to several months–where I am not feeling particularly inspired to make music. When this happens, having someone join you in the studio, or joining them in theirs, is one way of rediscovering this motivation to create once again. You don’t need to have any intention to share the music with anyone, never mind release it; from experience, just jamming and learning someone else’s processes can inspire you to start working again. So, if you are in this position, it could be good to seek out other producers to join you; or if you have offers to share some studio time then you should take them it.

When it comes to collaboration, often it’s good to work with someone who is not necessarily in the same genre as yourself–because this is when you learn more. I have certain friends, none of whom are connected to electronic music, who I will go to the studio with, just to push each other and open up new channels of inspiration. I find that working with hip-hop artists, for example, is particularly rewarding. So be open minded.