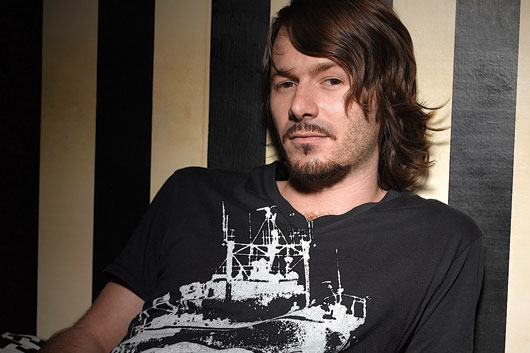 Brennan Green’s latest single, ?“My First House,” actually sat on his shelf for 12 years before it was released. It was the first track that the Brooklyn-via-Toronto producer crafted after selling his guitar and buying an old Roland sequencer. “You can imagine what I’ve learned since then,” he says with a laugh.?

“My First House” hovers in a traffic jam where Norwegian space-disco harmonies float like Northern Lights above a hypnotic, stylus-scraped groove straight from the basement. Every now and then, a classic snare roll reminiscent of countless ’90s house tunes carries the music forward. “I didn’t want it to be a nostalgic tune,” Green comments. “I wanted it to have some balls—to be able to stand up and say, ‘I’m from back then, but you can still hear me loud and clear.’”?

Before moving to New York a decade ago, Green started DJing around Toronto, where he enjoyed being caught in the middle of Detroit’s, Chicago’s, and New York’s house scenes. But once he ended up in NYC, he soon felt the sting of Mayor Giuliani’s anti-dancing policies. Rather than put up too much of a fight, he took his sets abroad to Japan, Australia, and Scandinavia, where he really began to earn his stripes. “I started playing in proper clubs where people are up for it, screaming, staying all night, and just being super, super into it,” Green recalls. “It’s sort of hard to get that out of New York these days.”

Green essentially dwells in underground disco, where experimentalism runs rampant and Carter-era kitsch never seems to surface. He’s remixed the likes of space-disco maven Lindstrøm, NYC avant-funk icons Liquid Liquid, and bump ‘n’ grinders Crazy Penis, and his meticulously placed synth melodies most often recall the hand of comrade and nu-disco mastermind Daniel Wang. Like Wang, Green strives to create the “voice” of a song, pointing to the lack of memorable melodies he hears in house. “I have floor-to-ceiling [house] records in my apartment that I’ve been buying forever,” Green says. “I’m sure there are only a handful that I can hum or whistle to you.”

But for the self-described “dancing fool,” disco is a much more open field. “I just think of disco as being live and experimental, where you’re taking any influence and putting it to a dance beat,” he says. “You can’t make disco exclusively on a computer—you really need to have people playing off each other at some point in the recording for it to be disco.” Arthur’s Landing, a tribute band that pays homage to late NYC cellist/avant-disco icon Arthur Russell, recorded a jam of his dancefloor masterwork, Loose Joints’ “Is It All Over My Face,” in Green’s tiny Brooklyn apartment. The result will end up on a future single on Green’s Chinatown label. “It’s so organic and so amazing to hear these guys play off of each other,” he says. “It doesn’t really need that much editing.”?

Asked if a solo album is coming soon, Green quickly replies: “I keep telling people that. I’m trying to, man. I have it in my head; I got three or four ideas for three different albums and I just have to get around to doing it!”

Brennan Green’s My First House EP is out now on Wurst Music.