Following the release of his latest album, Loko anwers a few of the Detroit techno maestro's queries. 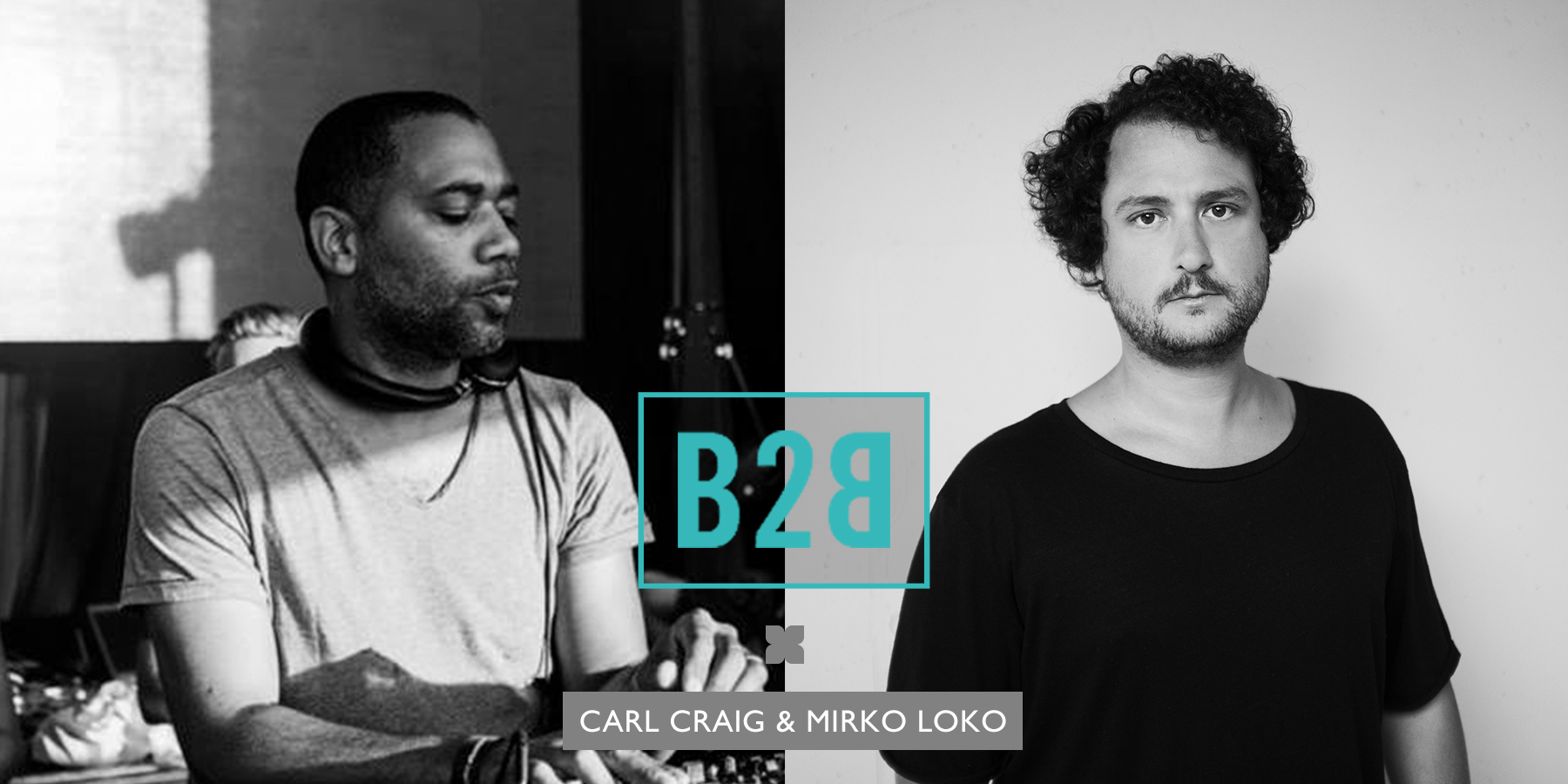 Following the release of his latest album, Loko anwers a few of the Detroit techno maestro's queries.

Mirko Loko has had a longstanding relationship with Cadenza and the label’s founder, Luciano: Besides sharing a country with Luciano—both call Switzerland home—Loko’s debut LP, Seventynine, came out on Cadenza in 2006. Flash forward six years, and the man born Mirko Colicchio has another album out, once again on Cadenza—and much like its predecessor, Comet Plan is another precisely produced, emotion-filled, and downright beautiful set of four-to-the-floor rhythms. Featuring collaborations with pianist Francesco Tristano and dOP’s Jaw, it’s a work influenced equally by Detroit, Chicago and the producer’s own reservoir of creativity.

But Loko has an even longer professional relationship with Planet E and that label’s prime mover, Carl Craig. Back in 2007, the Motor City techno maestro put out the Pixelgirl EP, the final release from Lazy Fat People, Loko’s now-defunct partnership with Ripperton. The Switzerland—Detroit connection continues—check out the Craig remix of the recent album’s “Kolor” below—and so we figured it might be a good idea to get Craig to ask Loko about his influences, his inspirations and his love of collaborations.

Carl Craig: How did working for Swiss radio prepare you or influence you to make your own music and to DJ independently?
Mirko Loko:
Those were great years! Working for the third most important Swiss national radio station helped me a lot. It was free radio, much different than the others, so no commercials would get on the air. I learned how to use postproduction software, and I received training on sound recording, and on how to use mixers, and everything related to radio in general. Moreover, I had the opportunity to work with music lovers who taught me a lot and who contributed considerably to widening my horizon.
I was categorized as a DJ when I started in 1998—and it was not easy, because electronic music was not really welcomed by one part of the radio, who had a rock background. But I worked closely with radio presenters who were experts in their fields, and his immediately enabled me to access lots of interesting things in different musical styles. I worked for hip-hop, world music, and general programs—after that, I became very eclectic. Radio broadcasts also gave me the opportunity to meet incredible artists such as you, Carl, and enjoy a long lasting friendship. They may have been the best years of my life. It was very exciting to be introduced to such a musical environment at such a young age, being only 18 years old. This experience transformed my personal approach to music.

Craig: Does living in a place as beautiful as Switzerland inspire your music at all.
Loko: Absolutely—Switzerland is a beautiful country! The landscapes are unique, and geographically, we are at the heart of Europe which enable us to quickly access many other countries. The Swiss scenery is very inspiring for me—Lausanne, the town where I live, in particular. It has an incredible view on the Lac Léman [Lake Geneva] and the mountains, and we can contemplate this amazing sight every time we raise our heads. I am very attached to Lausanne, I feel well there, and it’s inspiring to live in such a beautiful setting.
We also benefit from a large internationally-known cultural scene in various fields, such as contemporary dance with the Béjart Ballet or music with the Montreux Jazz Festival, which has hosted all the greatest artists who accompanied me during by my childhood. And our clubbing scene in the ’90s gave us the opportunity to listen to avant-garde DJs on a regular basis. All these moments contributed to build my artistic world. Switzerland is very inspiring in terms of creativity—but paradoxically, you cannot live from your art if you do not export yourself.

Craig: Do you feel that your Italian heritage has a major role in your music making?
Mirko Loko: I don’t think that my Italian origins influence my work. I was born in Switzerland—my grandparents came to live there in the sixties. I am the third generation installed here, and to be honest, I feel much more Swiss than Italian. In Switzerland, you automatically take your parents nationality, and not the citizenship of the country you were born in—so I am technically Italian but my story is Swiss. I studied, grew up and have almost always lived in Switzerland. Nevertheless, I have to recognize that my parents used to listen to a lot of Italian disco and popular Italian music, so it is actually difficult to answer to this question. I would say that the music we listen to as kids does play an important role, but in my case my musical curiosity prevailed.

“I like the idea of musical exchange and collaborations. It is a kind of shared intimacy.”

Craig: What made you want to collaborate with other singers and artists on your new album, Comet Plan?
Loko: I like the idea of musical exchange and collaborations. It is a kind of shared intimacy. I felt like inviting artists with whom I had these affinities and that I respect a lot, and I like the idea of creating long lasting collaborations; over time, the exchanges are more and more tuned and refined. I worked a lot with Jaw, and I absolutely wanted to renew this experience. Voices inspire me, and including them always bring something special; Jaw’s timbre is perfect for that kind of exercise. He came to Lausanne and we recorded those tracks. I also felt like visiting Francesco’s world. He is a great guy—I met him in Detroit in your garden! We immediately got along and we have a good connection. I thought his piano touch could add something more to the 12 tracks of the album. I’ve enjoyed a lot working with them a lot, so I felt like reproducing this experience.

Craig: You always have quite a large sound—does it make a difference to you if you are making music completely digitally on the computer, or is it necessary to include analog processors in your music?
Loko: I combine both of them, but I use more and more analog processors. They sound good, but also give a more spontaneous and playful impulse to my work.
When I started producing ten years ago, I used more plugs—but today the trend is clearly reversed. If I have to play live shows, I mostly use hardware. I feel more comfortable in this field now, which was not the case a few years ago. Although digital technology offers lots of high quality of software nowadays, analog technology is irreplaceable to me. I have chosen to orient myself in this direction, especially when it comes to live performances. I don’t do lots of live performances, but when I do, I prefer to perform instinctively. It is more risky—but I feel comfortable in such a configuration.