The producers behind the recent 'Superspeed' talk influences, producer tags, and plenty more. 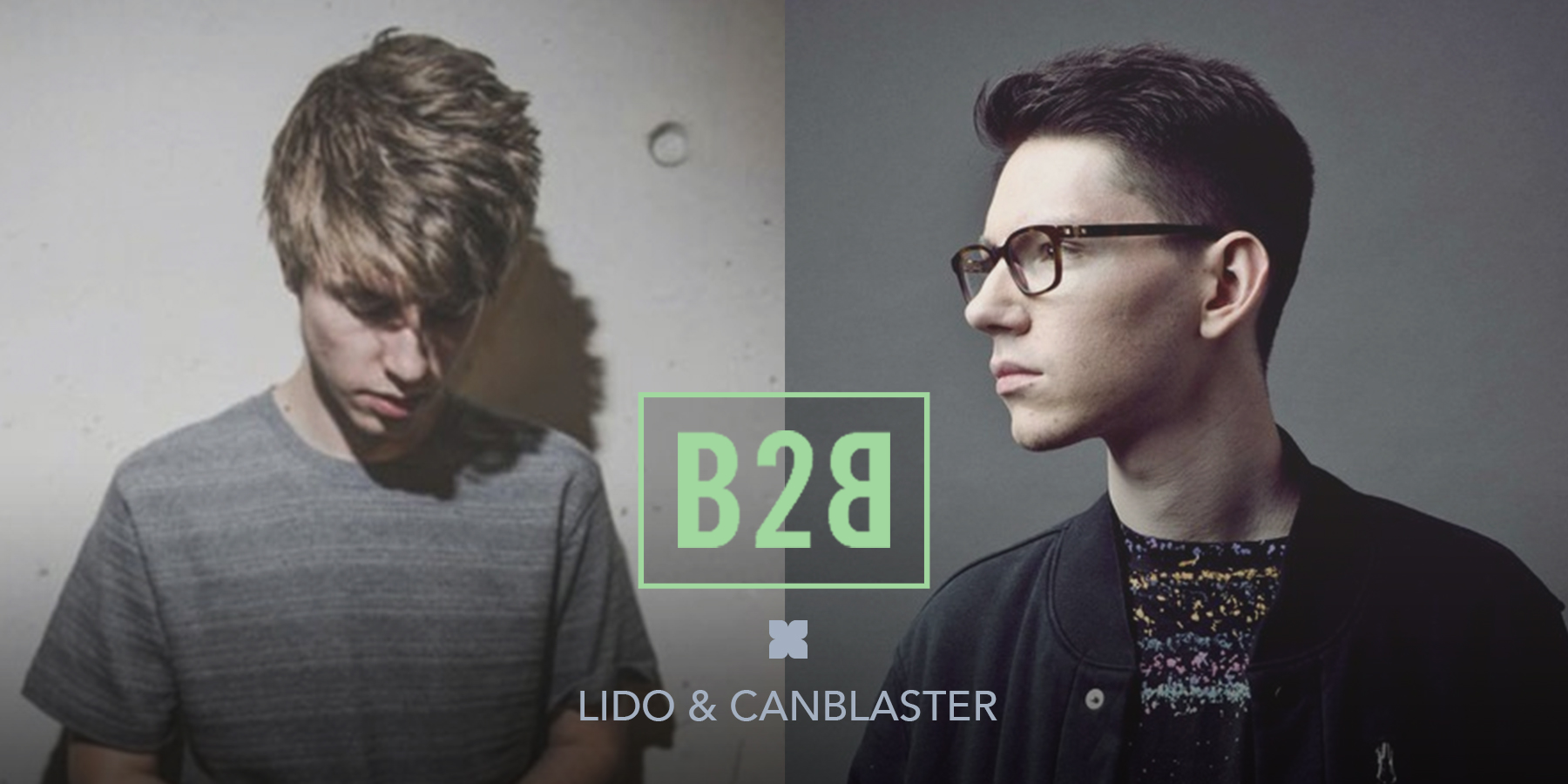 The producers behind the recent 'Superspeed' talk influences, producer tags, and plenty more.

Norway’s young Peder “Lido” Losnegård has, with Cashmere Cat, coproduced hit numbers like Mr. Cat’s “Adore”and Ariana Grande’s “Be My Baby,” and, as a solo artist, released last year’s I Love You EP on the Pelican Fly label. France’s Cédric “Canblaster” Steffens, an erstwhile video-game soundtrack composer, is key member of the Club Cheval production collective, among other claims to fame. Put them together and—boom!—you get the succinctly named Lido & Canblaster, the duo behind Pelican Fly’s Superspeed EP, a meticulously sound-designed stroll through an alternative universe of R&B- and garage-tinged pop weirdness. Losnegård and Steffens recently got together for a chat about influences, producer tags and more—and here are the results.

Canblaster: The first time we played together, I remember playing a song you really liked, so much that today we can still hear it in your show if we listen carefully. The song was Crystal Waters—“Gypsy Woman.” This song is also very important to me; to me it’s one of the strongest house chords ever written, I remember hearing it very late on a radio show when I was a kid and hunting the track for days, asking older people what that dadadi dadooda house song was. It was one of these major records that helped me develop the style of my early records, songs like “Jetpack” or “3rd Ring.” Maurice Fulton’s style, especially the drums, as always been amazing. Can you quote one or two tracks that made the “Lido” sound what it is today?

Lido: It’s very hard for me to define specific songs that were important to me. I think Rustie’s Glass Swords album was probably the first time I realized that the music I was making could actually carry itself as instrumental music. That was in many ways the first time I heard something similarly to my stuff released in a format like that. Soundwise, Lido started out as a project for me where I tried not to compromise. I combined all the elements from different genres that I liked and wanted to see what would come out if I did just that.

Canblaster: What is the first tune you remember mastering on the piano? I mean owning the tune, feeling like you do an interpretation of it and not just play the notes, like you could just play this music on loop for hours?

Lido: No idea. I very early found that most of the songs I knew were consisting of the same chords, so I remembered that when I mastered those chords I would sit and make mash-ups of songs for hours and hours. The joy of mastering a song didn’t come to me until I was exposed to more difficult material in high school. I remember the feeling of overcoming a song like an obstacle with King Crimson or Debussy.

Canblaster: In a previous interview we did together, when asked if our EP, and your music in general, was not too complicated for today’s crowd, you answered that it is very important not to underestimate your audience. I feel like it’s a trait we both share but it’s the first time I heard it expressed this way. Could you develop that point a little bit?

Lido: When I grew up I was listening to gospel and soul music from an early age, while everyone else was listening to classic rock or radio pop. I was a completely normal kid in every way, but I was exposed to different music than everyone else. And through years of exposing my friends to weird things and paying attention to, for example, movie scores, I found that it really is all about exposure. There are tons of examples of songs that have become huge from being exposed to people in the right way. But the industry never learns that and fails to have true faith in a song if it isn’t sonically similar to whatever else is currently doing well.
Speaking of which: The first instrumental music I was ever exposed to was video-game music. I remember especially that the Zelda soundtrack influenced my writing early on. It’s also the prime example of how the industry is underestimating the listener, because video-game music has some of the most advanced melodies ever, and yet people with no musical background find it catchy. It’s all about exposure.

Canblaster: You have a producer signature, these four notes. I remember first hearing it hidden in the piano solo at the end of the Cashmere Cat track “Aurora.” Is the idea behind it coming from the rap producers putting their tags at the beginning of the track ? Like “Mike will made it/You are now listening to Araabmusik/Mustard on tha beat hoe”? Or is there more to it? And what are your favorite signatures or tags these days?

Lido: My tag is the main melodic line from the first Lido remix I ever did, so it made sense symbolically to take something from that with me onward on the Lido project. Because I make so much different music, I wanted to have a signature that I could blend in or make obvious depending on what was suited for the track. A lot of producers bind themselves to a tempo or style with their signature. Personally my favorite is probably Cardiak, who uses a simple heart-monitor note—conceptually genius and subtle. Tags have a fascinating effect on people. Every beat becomes cool as soon as you hear “mustard on the beat hoe.”

Canblaster: What makes a good chord?

Lido: A good chord is full, but has space. It’s comfortable, but interesting. It feels like home, but it’s still leading somewhere.

Canblaster: I only played once in Norway, but my grandmother used to tell me that her own grandfather was a priest from Norway, and when she bought her house in the north of France, he came there and she had to kneel down at the entry so he could bless her and her house, do a cross sign. She told me he had this very long white beard, I always picture it like this unrealistic cartoon scene in my head, like Gandalf or something. Do such people really exist today ? Or does it sound to you like an old school grandma legend? And what was it like to grow up in Norway?

Lido: Ha! That doesn’t sound like the people I hang out with in Norway, but it’s a long country so I’m sure there are plenty fairy tales going on in the countryside. Growing up so remotely and without a scene to influence you makes you really dig for things you like, and it forces you to find your own ways of achieving the sound you need. So in many ways I’m grateful to it and I don’t think I’d be making the music I’m making right now if I was born somewhere else.