Who: Doc DaneekaWhere: Swansea, Wales Another offering from the UK’s fertile pool of post-garage producers, […] 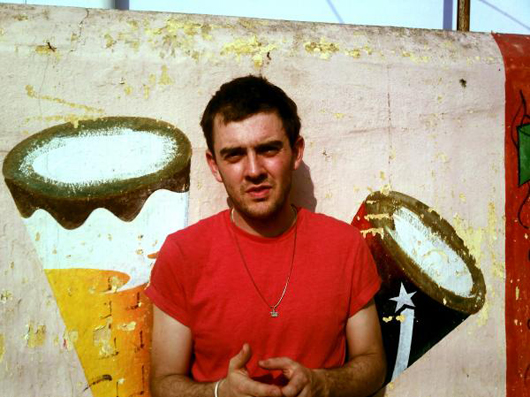 Who: Doc DaneekaWhere: Swansea, Wales Another offering from the UK’s fertile pool of post-garage producers, […]

Who: Doc Daneeka
Where: Swansea, Wales

Another offering from the UK’s fertile pool of post-garage producers, Doc Daneeka (a.k.a. Mial Watkins) originally sought to make drum & bass, but he began dabbling in trip-hop and eventually wound up producing highly percussive house music rich in tropical drums and syncopated rhythms. Daneeka’s “Drums in the Deep” was a standout on Fabric’s Elevator Music compilation, his remixes of Delphic, Norrit, and Sekta feat. Spoek Mathambo have received plenty of spins, and his first official EP is coming soon on PTN, a new sub-label of Ramp which we actually profiled earlier today. He’s also started up his own label, Ten Thousand Yen, which will deliver more of his own music alongside releases from Julio Bashmore and others.