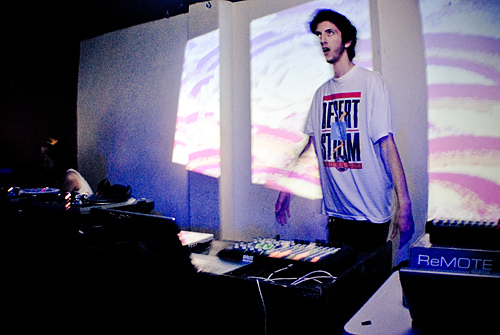 Born and raised in Los Angeles, 20-year-old upstart producer Shlohmo (a.k.a. Henry Laufer) now resides in San Francisco, where he pulls double duty as a printmaking student and a wonky, leftfield beat specialist in the vein of Flying Lotus. Although he first discovered electronic music via the DJ Shadow and Amon Tobin tunes that populated the skate videos of his early teens, he quickly began producing his own beats and in 2008 founded the Wedidit collective with a crew of like-minded homies. Shlohmotion Deluxe, his debut album, came out last month on the Friends of Friends label.

Shlohmo will be performing this Friday in San Francisco at the Terrorbird Noise Pop Happy Hour alongside fellow XLR8R fave Ghosts on Tape. Check the flyer below for details.