Who:SubeenaWhere: London, UK Sabina Plamenova has spent time in Turin and Berlin, but her music […] 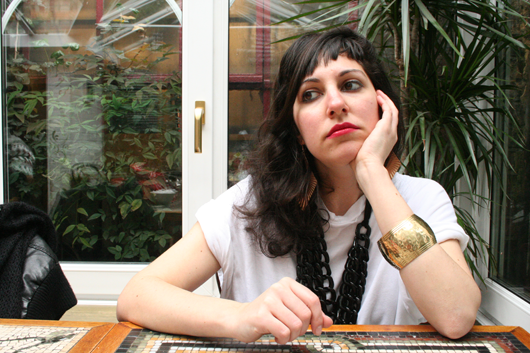 Who:SubeenaWhere: London, UK Sabina Plamenova has spent time in Turin and Berlin, but her music […]

Sabina Plamenova has spent time in Turin and Berlin, but her music is unmistakably London, both in the sense that it’s rooted in dubstep, and also because its multitude of sounds ultimately defies simple genre definitions. The 24-year-old producer has hit many of the usual stops—she previously hosted a show on Sub FM, has been championed by Mary Anne Hobbs, took part in the 2008 Red Bull Music Academy, and used to co-run the Imminent record label. These days she has her own imprint, Opit, which just released her “Neurotic” b/w “Wishful Talk” single that includes remixes from Egyptrixx and Ghosts on Tape.