Bubblin’ Up: As BNJMN, Ben Thomas makes dreamy, coastal house tracks while everyone else is asleep.

Producer Ben Thomas likes to be cut off from the outside world, making music when […] 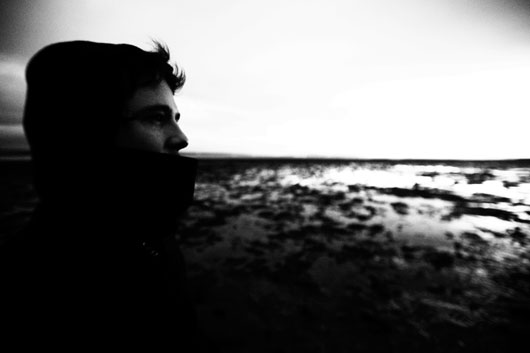 Bubblin’ Up: As BNJMN, Ben Thomas makes dreamy, coastal house tracks while everyone else is asleep.

Producer Ben Thomas likes to be cut off from the outside world, making music when […]

Producer Ben Thomas likes to be cut off from the outside world, making music when no one is around, or even awake. “I like to shut off outside influences as much as possible, and always work at night when everyone else is asleep,” says the producer, known in our world as BNJMN. “I try to think as little as possible when making tracks, and let feeling take over.” In this private, quiet world, BNJMN makes sublime, introspective house music, full of emotive synths, tender ambiance, and grounding low-end. A guitar player from the age of six, Thomas began using music software when a friend introduced him to it in his later teens, and electronic music has been his main focus ever since.

Plastic World, Thomas’ debut LP on Rush Hour, is a memorable meditation on soaring, synth-driven house, notable for its tangibly coastal sounds. Perhaps inspired by Thomas’ native port city of Bournemouth, the dismally sunny harmonies, sandy atmospherics, and high-and-low-tide arpeggios all lend a breathing, swelling feel to the otherwise mechanically timed cuts. Even the cover—a fish-eyed, psychedelic skewing of an otherwise flat checkerboard—speaks to the record’s tidal-grid perspective. Rush Hour, known for its reissues of classic Detroit techno and deep house, makes a perfect home for this record, simultaneously grounding it in tradition while showcasing its forward sound.

The easy-jacking 4/4 jams on Plastic World recall infectious references—Drexciyan funk slime, the textures of Actress, and meaty, exuberant synth production not too far from that of Lone’s Emerald Fantasy Tracks. Standout tracks include the straight-cruisin’ “Blocks,” the oddball synth escapade “See Thru Stars,” and the perfectly printed, computer-funk jam “Ocean Spray.”

At 23, Thomas has already released music under two other aliases—Jackhigh and Singing Statues. Creating Brainfeeder-esque hip-hop as Jackhigh, Thomas co-released the Tropics EP with Teebs for Svetlana Industries last May. As Singing Statues, he’s put out a collection of dreamy, shoegaze synth tracks, the Outtakes EP, which currently remains as a free download on his MySpace page.

Upcoming plans for the young producer include another EP on Svetlana Industries this year, which he claims will be “quite different from the Plastic World material.” It’s clear that Thomas aims to avoid genre pigeonholing. “If people ask me what kind of music I make, I always just say ‘electronic,'” he intones. “If I tried to start creating house music, I’m sure it would be awful.” After repeatedly enjoying the reticent ecosystems of Plastic World, we can confidently say that won’t be the case.

Plastic World is out now on Rush Hour.