Most musicians mellow with age, but Clockwork (a.k.a. Francesco Leali) seems intent on doing the […] 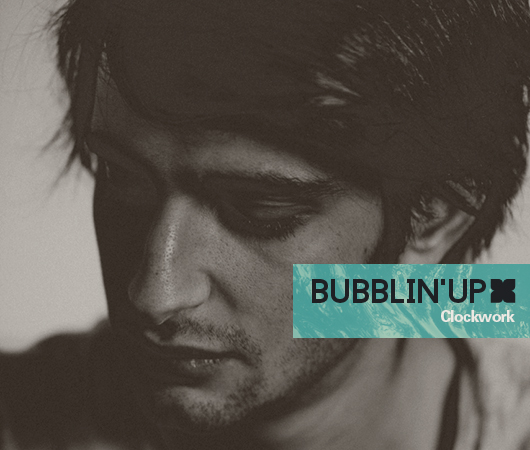 Most musicians mellow with age, but Clockwork (a.k.a. Francesco Leali) seems intent on doing the […]

Most musicians mellow with age, but Clockwork (a.k.a. Francesco Leali) seems intent on doing the opposite. Originally coming to prominence with his former DJ partner Federico Maccherone (who Leali now refers to simply as “that other guy”), the project has progressed from sleazy, sunny house for Hot Creations to pummeling DJ sets and 140-bpm collaborations with roommate and childhood friend Avatism (a.k.a. Tomas Feriero). Chatting with Leali, it quickly becomes clear that the Italian producer is someone who’s increasingly unwilling to compromise; at the same time, he also speaks with a rare level of candor, casting an unflinching critical eye on his back catalog.

As it turns out, 2011’s It’s You Again, the bouncy house EP that effectively put Clockwork on the map, was submitted to Hot Creations on a lark. “I never really thought that they would listen to it,” says Leali. “They had just started Hot Creations.” Making it to Jamie Jones’ and Lee Foss’ label would be a dream for many producers, but that wasn’t the case for Leali. He speaks of the record as a somewhat embarrassing footnote, saying, “We could have done a lot better in hindsight, but it ended up getting a lot of attention.” This doesn’t come off as underground bravado, but rather the honest thoughts of a serious artist who’s rather unconcerned with taking the path of least resistance.

Of course, Leali’s musical history goes back farther than It’s You Again. He’s actually a classically trained musician, having studied piano and percussion for 12 years. Eventually though, his focus shifted. “I stopped playing the drums as a hobby,” he says. “My hobby became producing electronic music, it’s all I wanted to do.” He became a bedroom DJ in his teens and a subsequent move to London had him further immersed in dance music, making weekly pilgrimages to Fabric, trying to soak it all in.

After the first Clockwork record became a relative hit, Leali (and Maccherone) had another stroke of luck, being asked to join up with the Life or Death imprint, a label whose roster includes tech-house giants Maceo Plex, Tale of Us, and DJ Tennis. Clockwork’s debut album, B.O.A.T.S – Based on a True Story, was released on the imprint in 2013 and enjoyed an exuberant critical reception. The tracks within demonstrated an impressive range, encompassing slick, Junior Boys-style electro-funk, dub techno, and ambient interludes. Most people saw it as a cohesive statement, yet Leali demurs: “B.O.A.T.S. is a transitional record,” he says. “I didn’t want to compromise too much, but there had to be vocals on the album. We had to make softer music, which is maybe not what I wanted to do.”

Following the release of the full-length, Leali elected to go it alone. He split with Maccherone, headed home to Milan, and eventually began working with Avatism after some time spent in Berlin. In a way, the two producers were preordained as collaborators. Their parents hung out before they were conceived, though the two wouldn’t become close until their mid-teen years. Though Archetypes, their 2012 debut collaboration for Dumb Unit, is a slightly deeper version of the low-slung tech house for which both artists first became known, Clockwork and Avatism would soon emerge with a brand-new live performance at Sónar 2013. The more menacing jams unleashed there would became the basis of the excellent Conducting the Method EP for Vakant, which was released in September under the very functional, very techno CW/A moniker.

Leali refers to the revamped, hardware-based aesthetic as a return to his roots. “I have always been around techno and dubstep parties—that’s the kind of stuff that I want to hear,” he says. “I’m interested in the personality of machines.” Indeed, the title track mixes minor-key synths with adroit drum programming that wouldn’t feel out of place on a Hessle Audio release. “Sothis” is futuristic breakbeat techno along the lines of Paul Woolford’s Special Request project. In short, it’s a heavy record, and although it might seem like a drastic change to those familiar with the early Clockwork material, hints of the project’s shift into harder sounds have been appearing for quite some time. “I took these three or four years to gradually move away from [our beginnings],” says Leali.

Earlier this summer, prior to the release of Conducting the Method, Leali issued the austere B.O.A.T.S. Remixes EP—with versions from Answer Code Request and Deadbeat—as the debut release of his new label, Parachute Recordings. The imprint’s soon-to-be-released second record, the bleakly titled Toe Tag EP, is a collaborative EP of straight-up dungeon techno from Wrong Assessment and Roman techno vet Max_M. As for his own music, Leali says that he and Feriero are sitting on a lot of material that will never be released, but he does reveal that 2015 will see the release of both a CW/A album and a solo Clockwork LP.

Given the directional shift of his creative endeavors, one might assume that Leali’s personal listening habits are dominated by nosebleed techno, but in reality, he’s not that easy to pin down. “I listen to everything from Taylor Swift to Burzum,” he says. “I take something from it all.” He continues, “I follow Blackest Ever Black, Trilogy Tapes, and L.A. Club Resource, but I also listen to mellow jazz and Erased Tapes artists like Nils Frahm and Douglas Dare.” As Parachute continues to develop, he hopes his young label will develop into a similarly broad platform. Leali plans to release a a record with music from rising Michigan producer North Lake, Ayarkana, and Mez, alongside a remix from Ilian Tape’s Dario Zenker early in 2015, and eventually plans to arrange showcases that will allow his emerging artists to perfom on a bigger stage. That said, while Parachute aims to become an open-minded hub, that doesn’t mean Leali won’t continue being selective; touting a “no demo” policy befitting a vinyl-focused, underground imprint, he says, “We’d rather look for artists ourselves and build a little family.”

Clockwork has undergone quite the evolution, and going against the grain is never easy. Leali talks about DJ gigs where people have shown up expecting him to play inoffensive tech house. “A lot of people were like, ‘Fuck you, I don’t like this,’ but that was before people knew what to expect.” He goes on, “People change and music changes, now I’m doing something that makes me happier.”