Lapalux, the solo endeavor of Essex-based producer Stuart Howard, may only be a few years […] 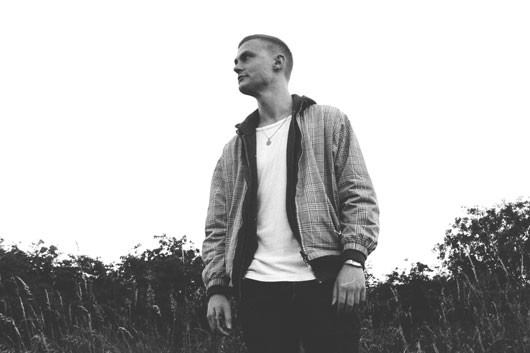 Lapalux, the solo endeavor of Essex-based producer Stuart Howard, may only be a few years […]

Lapalux, the solo endeavor of Essex-based producer Stuart Howard, may only be a few years old now, but the 22-year-old artist has long been hard at work carving his own niche into the somewhat oversaturated world of beat-centric electronic music. As Howard puts it, “I used various aliases and genres, but none of it really stuck. I guess it was a learning curve, a sort of exploration to find my sound.” A lengthy search for the right sonic style has certainly played its part in Lapalux’s story, but the man has a tireless work ethic, one that rears its head even when he’s trying to relax. “I watch a ton of documentaries,” Howard explains, “though usually I just sit around [thinking] to myself, ‘I should be working on Lapalux.'”

Unsurprsingly, the amount of time Lapalux has spent honing his artfully unhinged production style eventually started to pay off. After self-releasing his Forest EP (a charming beat tape that shows a young producer still finding his legs) in 2008, his music caught the ear of Alex Clapworthy, the man behind burgeoning UK imprint Pictures Music. The label seemed more than appropriate for Howard, given his own dabbilngs in photography. “I do the odd spot of photography here and there, nothing major,” he shares. “I often go on random Flickr binges to get the creative juices flowing too. There’s some truly great untapped photography around.”

It was roughly three years after his first release, in March of 2011, that the Many Faces Out of Focus EP saw the light of day via Clapworthy’s label. The six tracks heard therein are a meticulously constructed jumble of handmade rhythms, woozy tape samples, deep synth melodies, and flourishes of indecipherable noise and sound effects. Songs like the screwed “Time Spike Jamz” sound like the R&B of another time and place, transmitted from an unknown planet in a distant galaxy into the mind of a wildly creative sound designer.

The limited cassette release of Many Faces Out of Focus sold out in an hour, but the praise and recognition garnered for its experimentally soulful tunes has yet to subside. Howard has since nabbed an enviable chance to perform live at Boiler Room, been featured in Dazed and Confused magazine, and remixed the likes of Crystal Fighters and UK R&B songstress Tawiah. He also has another EP set for release via Flying Lotus’ Brainfeeder imprint in January. Without a doubt, Lapalux is looking forward to the coming months. “[I’ve] been working with vocalists, working on more EPs and LPs, [making] lots of remixes, playing more gigs, etc. It’s all good at the moment.”