Mano Le Tough (a.k.a. Niall Mannion) doesn’t seem like the prototypical Berlin producer. His most […] 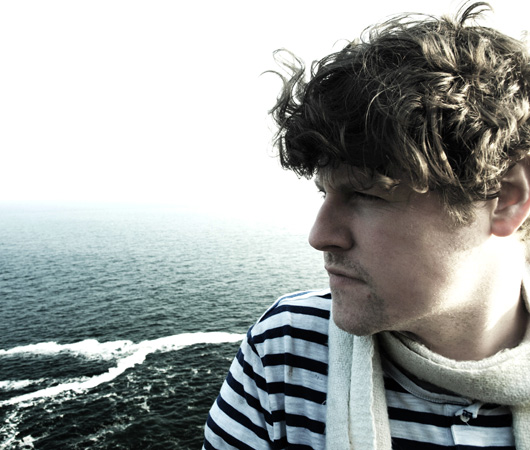 Mano Le Tough (a.k.a. Niall Mannion) doesn’t seem like the prototypical Berlin producer. His most […]

Mano Le Tough (a.k.a. Niall Mannion) doesn’t seem like the prototypical Berlin producer. His most recent releases, the Stories EP and “In My Arms” (video below), offer a disco-tinged and techno-informed brand of house that’s both sun-soaked and slighty melancholy. More notably, the tunes also feature Mannion getting behind the mic and recording some undeniably earnest pop vocals. It’s a far cry from the techno his adopted home is known for, but the 28-year-old producer doesn’t see that as an issue. “Berlin, for me, has totally changed in the nearly five years that I’ve lived here,” he says. “It used to be way more techno, and so minimal… People are way more open now. I feel like it’s getting more musical.”

Musicality and melody have always been prevalent in Mano Le Tough productions—even before the producer’s recent shift to vocal tracks—a quality that’s not too surprising given Mannion’s long-running love affair with music. Growing up in the small seaside village of Greystones, Ireland (located about 45 minutes south of Dublin), Mannion was drawn to music, even as a child. “[When I was seven,] I started listening to the radio a lot, taping shit. Like Simply Red and INXS,” he says with a laugh. “My mom said, ‘Wow, you’re a teenager already,’ and I said, ‘No way! That’s the coolest thing ever.'” Many of the requisite musical way stations would follow: a year of piano lessons at age seven or eight (he hated them), picking up a guitar around 10 or 11, a short period of devotion to heavy metal, and the eventual move to more indie sounds and what he now calls “crap” bands.

Electronic music came later. Although his teen years were informed by electronic music—Experience by The Prodigy was one of the first albums he ever bought—it wasn’t until Mannion began seriously clubbing at 18 years old that he truly delved into that world. Coupled with a move to Dublin, he eventually began DJing, throwing parties, and working in a record shop. Remarkably candid about his intial forays into dance music, he admits he was into artists like Erol Alkan and what he describes as some “dodgy records,” but also cites things like DFA and Trevor Jackson/Playgroup as major influences.

After a five-year stint in Dublin, Mannion packed up and moved to Berlin at the age of 24. The year prior, he had visited the German capital and was taken in by the atmosphere. He says, “I came here for a week and thought, ‘Wow. This is perfect.'” And although the initial shock of the city’s vibrant music scene has since worn off—Mannion describes his current life there as “very comfortable”—his passion for Berlin hasn’t waned. “I get to have such a nice lifestyle, and I’m able to do what I want, which is make music all the time.” He continues, “It’s accepted and normal to do that. I think it’s amazing. I love it more than ever.” Mannion’s made a home in Berlin, setting up a small studio at home, learning German (a rarity for expats), and also becoming a part of the city’s local music scene. At the start of 2010, he launched a party called Passion Beat with best friend and fellow expat DJ/producer The Drifter (a.k.a. Mark Flynn). Devoted to up-and-coming acts and essentially artists who they love, Passion Beat has played host to people like Nicolas Jaar and John Talabot, and continues to grow.

Although the techno-centric nature of Berlin is undeniable and Mannion has been influenced by that (especially upon his initial arrival), he’s also carved a successful sonic niche of his own, beginning with his first releases: 2009’s “Warhorn” for Prins Thomas’ Internasjonal imprint (which was actually written while Mannion was in Dublin, but took two years to be released) and 2010’s Eurodancer EP, which came out via Tensnake’s Mirau label. The latter fortuitously featured remixes from both Tensnake and Azari & III, both of whom were far less known at the time. Despite the star power of Eurodancer, the breakthrough Mano Le Tough record was another 2010 single, “Baby, Let’s Love,” a washy and melodic piece of tech-house released via the Dirt Crew imprint.

While his initial batch of releases were undeniably musical and featured a prominent melodic element, they didn’t find Mannion weaving in his own vocals. The singing on Stories and “In My Arms” is something different, and even the artist isn’t exactly sure how it came about. “It was so funny. I actually started, years ago, singing a bit in bands. I’d always been writing songs and singing. Then I started producing, and totally forgot that. Last year, I just started doing it again. It was so weird, like, ‘Oh my God, why haven’t I been doing this?’ It was a total awakening of songwriting for me, and I really feel like it was a massive thing I’d been missing.”

These days, almost everything he’s making—including an upcoming EP and full-length for Permanent Vacation—has vocals. Although this new direction makes his music less suited for the club, at least on the surface, Mannion doesn’t seem to care. “For a couple of years, I made music and thought, ‘Will this work in a club?’ But then I realized it’s such bullshit to think like that. You’re hamstringing yourself by [thinking that way]. It doesn’t actually matter if it works in the club or not. Some of the best records aren’t made for the club, but then they work. I think it’s more important to make amazing, beautiful music, and then, if people dance to it, that’s a bonus.” He continues, “My tracks aren’t club bangers. I don’t necessarily want a massive reaction, like a peak-time ‘Woah!’ That’s not really the point for me… No one is going to remember [one of my tracks] if it’s a banger anyways. If they like the song, they’re going to listen at home when they can remember.”