Mumdance (a.k.a. Jack Adams) has had a prolific streak of late, releasing five singles (three […] 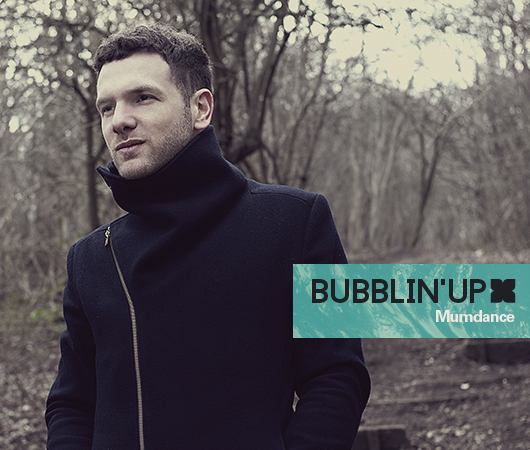 Mumdance (a.k.a. Jack Adams) has had a prolific streak of late, releasing five singles (three […]

Mumdance (a.k.a. Jack Adams) has had a prolific streak of late, releasing five singles (three of which, admittedly, have been collaborative) within the last year, along with a freshly issued joint mix album with Bristol bass stalwart Pinch. This amounts to something of a renewed burst of creativity for the London-based producer, who got his start as part of the Mad Decent stable a few years back, only to find eventually himself burnt out from touring and a period of creative stagnation. In response, Adams put himself on an extended hiatus in 2011, using the time off to refocus his artistic vision. “I just wanted to take a step back and take some time to really hone my craft,” he explains. “I took a bit of time out and spent all my money on hardware, took two years to sort of sit and learn how to use it properly, and here we are.” The technique appears to have worked, as Mumdance re-emerged midway through last year, reinvigorated and with a renewed focus on the grime and hardcore sounds of his youth.

Still, even though Adams is loosely affiliated with London’s resurgent instrumental grime scene and the monthly Boxed party that has become its unofficial clubhouse, he’s keen to avoid being pinned down as a grime artist in the strict sense of the word. “I love grime and I’ve made a lot of grime music and I play a lot of grime, but I don’t know, I just do me,” he says. “Grime is definitely a big part of what I do, but I wouldn’t say I’m as a grime as someone like Wiley.” More than anything, what seems to excite Adams is how much of grime’s recent wave is fueled by experimentation and cross-pollination with other facets of dance music history. “Everyone’s drawing influence from each other and there’s a lot of healthy competition,” he notes. “There’s the whole Jersey club thing happening alongside the grime thing, as well as people like Pinch taking influence from the old jungle sound, which is something that me and Logos do as well. No one’s trying to fit into something and because of that, people are making a lot of interesting music. I think it’s a very healthy time.”

It was Mumdance’s and Logos’ jungle-laced collaborations on the pair’s “Legion” b/w “Proto” single and Genesis EP that forcefully announced Adams’ return to full-time production duties at the tail end of last year. (The storming “Wut It Do,” which also appeared on Logos’ stellar debut LP, Cold Mission, was particularly notable.) Combining rolling breakbeats with a bass-heavy sense of spatial dynamics, the tracks have a freshness that Adams attributes to a combination of he and Logos having very similar music tastes but very different ways of going about producing. “Me and Logos have worked together the most I’ve probably worked with anyone, and it works nicely, so we’re just continuing it,” he explains, adding that the pair is working on an album that will hopefully be finished by the end of the year. More recently, Adams has been collaborating with Tectonic label boss Pinch, releasing the “Turbo Mitzi” b/w “Whiplash” single and the aforementioned Pinch B2B Mumdance mix. “I sent him ‘Drum Boss’ and ‘Legion,’ because when Logos and I made those tracks we were both like, ‘This tune sounds like a Pinch tune.'” He adds, “It’s one of those things where [Pinch and I] just get on really well; we have similar tastes in music and we also get on on a personal level. We enjoyed hanging out together, so we were just like, ‘Let’s make a tune.’ And so we wrote ‘Turbo Mitzi’ and it sounded really good and was received very well, so we were just like, ‘Let’s make another one!'”

Listening to Mumdance’s intricately sculpted, rhythmically complex tunes, it’s not hard to imagine Adams obsessing over every little component of his sound. However, in Adams’ mind, his newly adopted, hardware-based set-up has allowed him to kick many of his perfectionist tendencies. “I was such a perfectionist that I used to spend ages obsessing about things that in the wider scheme didn’t matter at all,” he says. “The reason I moved away from software was because I found that half of the time, I was battling to make my sounds. I’d spend ages working on my kick drum, and then, by the time I got my kick drum the way I wanted it to sound, my concentration would be gone.” Not only does using hardware give Adams a solid foundation from which to construct a track, it also provides a tangible connection to the old-school hardcore and jungle producers whose sonic innovations he’s twisting into new, barely recognizable forms. “A lot of that stuff is made using hardware studios and old samplers, and that’s how I wanted my stuff to sound,” he says. “I used all the stuff that they used to make jungle and that made a lot of things fall into place.”

While Adams wasn’t around for the heyday of hardcore and jungle, he did come into contact with the music at the start of high school when a friend’s older brother lent him a hardcore tape. “I just heard that and it kind of blew my mind,” he reminisces. “I saved all my money up from my paper round, bought two decks and a mixer, and after that, all my money from my paper round went on buying records.” Adams is clearly indebted to this era of British dance music, yet he does his best to avoid simply being derivative of it. He explains that while he shares a love of the music with like-minded producers such as Pinch and Logos, “What we want to do is maintain the feeling of it. We want to make something that’s still futuristic and has the same sort of aesthetic, but without resorting to doing throwback tracks.” He continues, “We like the feel of the old hardcore stuff and the jungle stuff, but it’s about taking fractions of it and moving aural signifiers of that sound and turning it into a different signifier, if you know what I mean.”

Adams goes so far as to compare the current climate for dance music in the UK to that of the ’93, ’94 ‘proto’ period—when hardcore was in a period of unbridled flux and creativity and the music was in the process of splintering into jungle and happy hardcore. He attributes the inventiveness of that era to a sense of ‘wot do you call it’ confusion, similar to the beginnings of grime and dubstep; more importantly, he thinks it’s happening again in London. “No one really knew what was happening and people were just making these songs and making up the rules as they went along,” Adams explains. “It feels like that’s happening now because there are all these different camps and there’s not really a big overruling genre. Instead, people are experimenting a lot more and just making music for themselves. At the moment, you’ve got the whole Livity Sound, slowed-down stuff, the Night Slugs club track stuff, the Keysound camp, the Boxed camp and everyone in between that, as well as the Jersey club stuff and everything that’s popping off in America. There’s just a load of interesting stuff happening and it’s all cross-pollinating.”

Even for the most dedicated music fans, keeping track of these various musical permutations is all but impossible, and that’s what makes the new Pinch B2B Mumdance more than just a mix album. Adams sees it as an attempt by the two producers to take stock of the current moment and make sense out of its fragmentation. “We were wanting to sort of just document what’s happening at the moment and also show how we’re piecing it together,” he says. “We’re showing what’s going on in our camp and what’s going on around us, so hopefully someone will hear it and be like, ‘Oh, I really like this,’ and it will inspire them to push things forward in turn.” Describing the London circles he’s involved with—and the Boxed camp in particular—as “very healthy and very positive,” it seems that the city’s creative energy has been rubbing off on Adams. The producer shows no signs of slowing down anytime soon, and already has further collaborations with Logos, rising 17-year-old grime MC Novelist (who previously appeared on this year’s “Take Time”), and others in the works. Furthermore, it was announced just last week that Adams had been selected as a participant for this year’s Red Bull Music Academy in Tokyo, where he’ll have the opportunity to exchange ideas and work with artists from all around the globe. Without even trying, Adams seems to be continually driven toward collaboration. “It’s just more fun,” he explains. “Music’s all about having fun and simply, it’s just more fun to make music with other people.”