For most budding artists, finding one’s own style and voice can be a long and […] 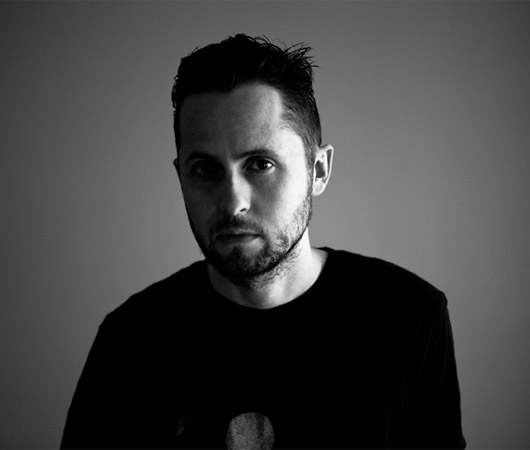 For most budding artists, finding one’s own style and voice can be a long and […]

For most budding artists, finding one’s own style and voice can be a long and even frustrating process, and this has certianly been the case for Graham Bertie, the Canadian producer who now crafts robust techno tracks as Nautiluss. Beginning as a DJ in the mid ’90s before eventually taking an interest in production sometime around 2001, Bertie has tried his hand at a number of styles—early on crafting downtrodden hip-hop-inspired beats as Metrix before striking success with racous, MC-led party anthems as one half of Thunderheist (an outfit that enjoyed a fruitful three years signed to the Ninja Tune sub-label Big Dada). As it turns out though, Thunderheist’s success was an unexpected stop along Bertie’s path to finding a production voice that suited him, and in the past two years, he’s launched an increasingly noteworthy career piecing together thick, UK-indebted techno and sturdy rhythms as Nautiluss.

“I wasn’t super proud of most of the music we put out, it was actually more part of my learning process,” says Bertie of his time making tracks alongside the female MC Isis Salam as Thunderhiest. “It was weird to learn by releasing music rather than to make a bunch of music that nobody hears, but it was a necessary step to get where I am now.” In truth, there is plenty to be proud of when it comes to the music Bertie and Salam made together—while perhaps a bit short on subtleties, the productions were certainly well crafted and in the three years of the group’s existence, Thunderheist built quite a respectable following. At a certain point though, Bertie tired of touring and chasing after bangers. “I had my share of mindless party stuff,” he explains, “and being that kind of producer, you have to follow whatever is trendy. It’s just an endless cycle. There is always a chance that you’ll cash in and do well, but I decided I wanted to make music that I actually wanted to make and not just to ride the hype, even though it may be the harder and slower route.”

With that, the Thunderheist project was disbanded in 2010, and with no particular plan in mind, Bertie began exploring what would happen with him producing again as a solo artist. After a few months, London vocalist Lord Skywave (a.k.a. Simon Lord) came knocking in search of some tracks to use on a solo full-length of his own, so Bertie offered one of the first tunes that had been completed during these new solo experimentations. Ultimately, Lord’s LP would not come to fruition, but Bertie’s contribution found its way to Untold—who had also offered up productions for the Lord Skywave project—and, paired with a solo b-side, Nautiluss’ first release arrived on Hemlock in September of 2011 as the “Ultraviolet” b/w “Bleu Monday” 12″. While the a-side landed somewhere between cloudy bass music and avant-pop (with the help of Lord’s vocals), the instrumental b-side was more in line with the loaded, low-end-focused fare Untold’s imprint is known to offer. Displayed across the two tracks were Bertie’s precisely arranged rhythms and infectious shuffles, which provided “Ultraviolet” and “Bleu Monday” with their dancefloor nods while somber chords and understated melodies gave the tunes an introspective mood. “[My original aim] was definitely a conscious effort to balance out home listening music versus club music,” says Bertie, “but to do so in a way that was still interesting.”

Bertie seems to have been just a bit surprised by the amount of attention his Nautiluss debut had received. Given the pair of songs used were some of the earliest experiments he had finished upon returning to his solo work, “Ultraviolet” and “Bleu Monday” weren’t necessarily representative of where he thought the Nautiluss project could go, and in the time between those tunes’ creation and ultimate release, Bertie had been steady crafting music that was more appropriate to “play out.” Earlier this year, the ?lpha EP would set the record straight. Marking the producer’s debut on Tiga’s Turbo imprint, the record showed a tougher side to Nautiluss across four techno-rooted tracks marked by the constant tweaking of sequnced synth lines and heavy-handed compression. As the story goes, the EP’s lead track actually found a home at Turbo just an hour after being bounced from Bertie’s computer. First, “Mixed Numbers” was played for fellow Toronto resident/proudcer/DJ Kevin McPhee, who then decided he wanted to make a dubplate of it (Bertie assures us that is “something [McPhee] does”). Taking this as a good sign, Bertie then fired off the song to friends with connections at Turbo, and an hour later, the label had asked him to hold the track.

Still, despite the fast—and considerably positive—response “Mixed Numbers” received, Bertie was still a little nervous about its release, admitting that he rarely gets the chance to hear his songs in a proper club atmosphere prior to their release. In part, this stems from the situation in Toronto (his place of residence for five years now) and the scene there, which—despite its recent wave of budding house/techno producers such as McPhee, Gingy and Bordello, and more—he views as somewhat fractured between a number of different camps, and not at all immune to North America’s somewhat lackluster appetite for underground dance music. “It’s weird to live in North America in that I can’t really play my music here in most situations,” he explains, “and it’s terrifying because I don’t get [the chance] to try out my tracks and adjust them accordingly.”

It would appear that this perceived hurdle has done little to affect the quality and dancefloor potency of Nautiluss’ music, a fact further evident on the man’s second EP, Habitat, released earlier this month, again through Turbo. Without a doubt, the four tracks offered on Bertie’s most recent effort make for the most distinctive and muscular Nautiluss release to date; the rhythmic pilings and thick sonic constructions he’s proven adept at crafting are displayed in full force across its entire 20-plus-minute run. In Bertie’s own words, Habitat is “definitely the most aggressive stuff I’ve done in a while,” and having gotten the chance to hear the tunes in an ideal club setting during a few recent dates in Europe, he sounds satisfied with the results.

Still, he is reluctant to think that his latest EP signifies that an exact sound has been landed on for his solo project, saying, “I don’t want to give off the impression that I’m banging these things out all the time,” before adding, “I can’t really just write club music. I’ll go a little crazy if I concentrate too much in one direction.” To that end, Bertie tells of some “more melodic things” that he’d like to release in the future and his plans to continue releasing just EPs and singles for the time being—his past goal of putting together a Nautiluss full-length appears somewhat unrealistic to him for now. In the end, it would seem that it does not really matter if Bertie is still on a path to finding a sound or style he’s comfortable with, or if he ever does. So far, the journey which has led to his transformation into Nautiluss has proven rewarding enough in and of itself.