Exploring the avant garde from Colombia to Barcelona to Berlin. 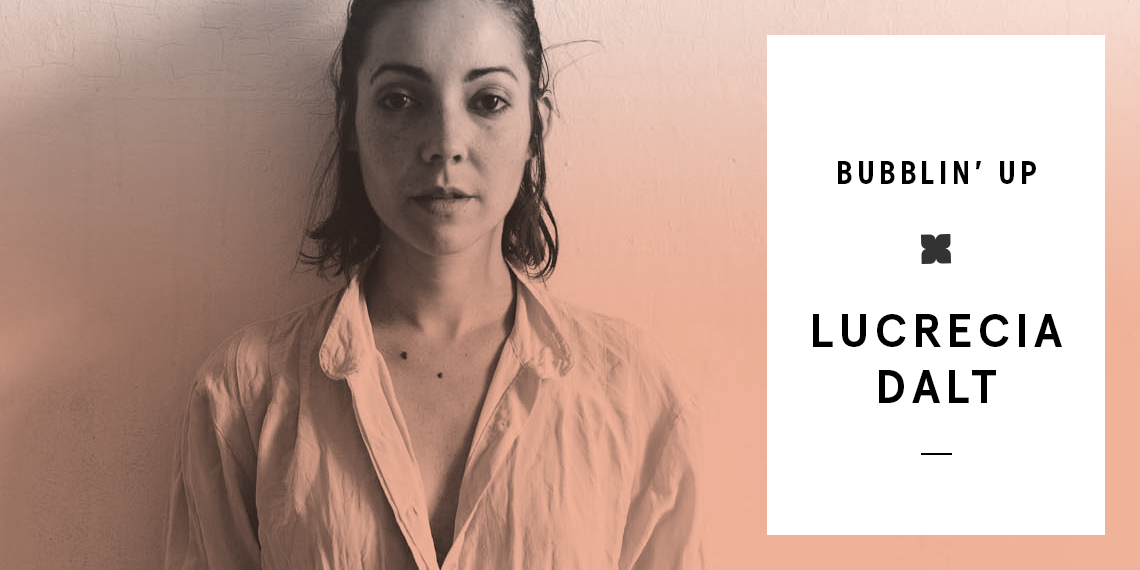 Exploring the avant garde from Colombia to Barcelona to Berlin.

Lucrecia Dalt writes music that is both intimate and symphonic, her leftfield pop compostions focused on extracting emotional extremes from slight gestures. Originally from Colombia (more specifically, Pereira, which sits in the Andes foothills), she nonetheless seems hesitant to ascribe too much importance to her birth country. “I do feel affected by being born there and having been raised by the music that was around me,” she attests. “It was definitely very important for my education as an artist and for all the influences that I think I have. It’s pretty wide—if you kind of reduce it to cumbia, for instance, the rhythms and the melodies that I grew up with, from the mountains, sound pretty different from any tropical rhythm. They have this very calm guitar, three kinds of guitar playing at the same time, and it’s very melancholic. Stuff like that could have had some information—not that I use it in my work.”

In truth, while Dalt certainly began experimenting with music in Colombia, her time there was also focused on other things, including her education. She obtained a degree in civil engineering, and even worked in that field for a short time, but a desire to more deeply explore the avant garde took her to Barcelona in 2007, where her artistic vision truly began to blossom. Although she obviously spoke the language, Dalt was still a foreigner in Spain, meaning that her development was in a way dependent on her not engaging with her nationality, or maybe just engaging with its presence as a memory, more than as an identity. “It’s really strange, the local information changes you,” she remembers. “It changes the way you think and then you start to compare your behavior with [that] of people you know [back home], how you would react to pretty simple cultural things.” In 2013, she relocated once again, moving to Berlin and broadening her worldview even further. “Right now, I feel like I could be somehow more open to so many things than I was when I was living [in Barcelona], and that already adds a lot to what I do or what I don’t do.” She’s taking intensive German courses, and eventually plans to incorporate the language in her music, but acknowledges that she may use it in some unconventional ways. “Before, maybe I was trying not to harm the accents or the language itself, but right now, I feel more free, and especially because I started to listen to these kind of bands in which they sing in Spanish, but maybe the singer is not Spanish but lived in Spain, like Nový Svět. It’s really great how he is using the language, because he doesn’t care about accents at all.”

Cinema is another source of inspiration for Dalt, the results of which first surfaced on 2013’s Syzygy, an album that distilled the hysteria of films like Michelangelo Antonioni’s The Red Desert and Ingmar Bergman’s Hour of the Wolf into a kind of concise, yet surreal, melodramatic pop music. (The LP also marked the first time that Dalt had worked extensively with synths and electronics, as previous efforts, including 2009’s excellent Commotus, were largely focused on the bass guitar, her primary instrument.) Dalt recalls, “My mind was in a constant state of confusion, [with] oscillating thoughts all the time. I wasn’t sleeping very well. And I really stimulated that state—I didn’t want to go and find ways to try to calm my mind; no, I fed this monster to become even worse. The movies that were resonating with me at that time were pretty intense for the moment that I was living, so I felt the movies themselves shaped the narrative of the album.”

Dalt originally watched (and still does watch) movies as a kind of background ambience while working, but the making of Syzygy prompted her to become more upfront about letting them bleed into her work. In her mind, the pre-existing film pieces gave her some parameters, an environment with which her material could interact. “The only way that I could have external input was from something else, [not from friends or associates],” she explains. “The film was telling me, ‘Hey, don’t stop here, go this way.’ I was playing with these random moments in which the film was already giving me visual information, but then if I turned the volume up while I was playing the music I was working on, then this cluster of information, like this very short information [she imitates a short burst of sound] mixed with what I was working on. It was giving me suggestions more than anything. You have this monologue that is not your brain telling you what to do.”

Naturally, Dalt would love to move into soundtrack work. At present, she is working on one for an audiovisual piece that’s rooted in the history of Chile’s Cybersyn Project, by the Spanish artist Regina de Miguel. Last year, she helped Adrian de Alfonso (a.k.a. Don the Tiger) while he was doing the soundtrack for the Spanish film Amor Eterno. “It was really amazing just to work with the image and then synchronize everything, and all the drama that you could put to a very single moment,” she says of the experience. “It’s really different to work that way—it’s really intense because you feel that you have a goal, you have to show it to the director [and get it approved]. When you’re working alone on your own music, and no one is putting any restriction to it—you don’t have a bandmate, you don’t have a producer, you don’t have anybody telling you anything, and it becomes very difficult sometimes to decide when to stop, or decide whether something is worth working on or not.”

This practice—and the need for a kind of discipline in her work—was further solidified by a scholarship Dalt received from Germany’s Musicboard program, which she saw as an opportunity to make music while immersing herself in films from her adopted homeland. “When I arrived in Berlin, I knew about the scholarship, and even though they didn’t suggest any German topic, I felt a certain compromise was included,” she says. “And I was already working with film. I said this could be an opportunity to investigate—go to libraries, go to these other places and in that way feel integrated into the city, with the culture and with the history.” For the scholarship, she says, “there are films that I watched completely, but a lot of them were just in the background most of the time, like Der Rosenkönig for instance—I haven’t watched it completely, I have to say. I did watch all of Die Parallelstrasse—I would watch it again and again.” Eventually, her scholarship-related efforts will culminate in a new album she describes as having “more elements from film, more background. It’s more like a whole narrative throughout.” Compared to Syzygy‘s dazed mindset, Dalt describes her current composition process as “a little bit more peaceful,” explaining, “I’m also in a more peaceful state of mind right now. I play with things in similar ways, but it’s in a more quiet mode.” However, this relaxed state doesn’t mean that Dalt has been any less busy—amidst her various activities, she also found the time to issue an EP for Nicolas Jaar’s Other People label late last year. Its two tracks, less slinky and more widescreen than her prior work, “weren’t specifically about German film. But they [do] belong to this moment of production.”

Still, Dalt’s primary focus these days is the new album, which is currently slated to arrive in March. Aside from all of the German film influences—apart from the ones previously mentioned, she lists Welt am Draht by Fassbinder and Die Allseitig Reduzierte Persönlichkeit by Helke Sander as crucial, along with others by Werner Schroeter and Alexander Kluge—the record will also be notable for its lack of singing. Dalt says the record will include “some spoken word and some abstract processing of my voice,” but beyond that, “there’s a lot of timestretching and varispeeding, less attention to detail in production and instead a big effort to create autonomous systems with few elements.” In her mind, this has led to “pieces that feel less engaged with the evocative” and a final product that is “more abstract” than her previous efforts. When one considers that Dalt’s music has never exactly been easy to digest, this comment raises the question of just how challenging her new work might be, but with her track record, it’s safe to assume that whatever she ultimately comes up with will be thoughtful, intelligent, and engrossing.