The Bristol-based DJ/producer leaps from the record shop into the spotlight. 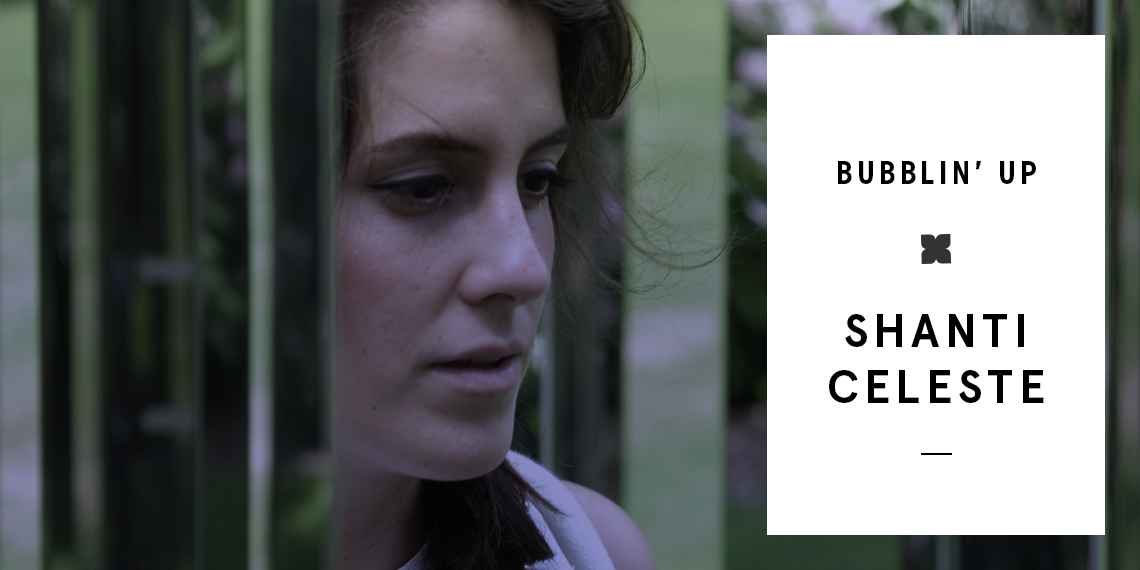 The Bristol-based DJ/producer leaps from the record shop into the spotlight.

“Bristol’s queen of the old school” is how one Italian website saw fit to dub Chilean-born house DJ/producer Shanti Celeste (a.k.a. Shanti Maass) when it profiled her a few months ago. Maass laughs as she ruefully notes that this cringey soundbite then began to pop up everywhere, perhaps most notably on her Resident Advisor artist profile, where it remains to this day. “It can be a pitfall when you’re starting out and not much has been written about you yet,” she says. “Something like that can appear and suddenly it’s getting picked up all over the place. You just hope nobody thinks you came up with it,” she laughs.

In fairness, the three EPs Maass has released to date (the most recent of which, Universal Glow, appeared via Julio Bashmore’s Broadwalk label) have certainly demonstrated plenty of old-school house influence. At the same time, even a cursory listen to her catalog reveals a litany of other influences at work—techno and electro are also very much present—as well as an unassuming, endlessly likable personality behind them. “Big-haired, big-hearted character” is the press line that Maass prefers for now, and that fits the bill much better, with the easy-going, relaxed atmospheres of her sunny, soothing house being very much in line with her upbeat personality.

Maass was born in Santiago de Chile in 1989, and moved to Cumbria, in the north of England, when she was 12 years old. Though Spanish is her mother tongue, she now sounds entirely English, though she has an interestingly mixed accent that betrays the movements she’s made since arriving in England, and the tendency of foreign incomers in the UK to pick up the regional accent of wherever they live. “I used to sound so Northern,” she says, “and friends in Bristol say I still do, but I don’t really think that’s true.”

Nevertheless, her first experiences with electronic music had a quintessentially Northern aspect to them. “Some local people used to put on raves in quarries when I was in my mid-teens. I went along to them sometimes, and around then I also started going out with a guy who was a DJ,” she says. “He played minimal techno mostly, but he also bought a lot of dubstep. This was the dubstep of 2006 and 2007, so that was an influence too. Eventually I bought a pair of 1210s, a mixer, and some needles from a friend for 500 pounds and learned to mix using two records: Claude VonStroke’s “Who’s Afraid of Detroit?” and “The Sun Can’t Compare” by Larry Heard. I had no idea how big a deal Larry Heard was until a couple of years after I bought that record, so by accident I have the coolest possible answer to the ‘What’s the first record you bought?’ question.”

When the time came to leave home, Maass made first for Falmouth, in Cornwall, to do a foundation degree in art and design. With her typical bluff honesty, she admits that while there she “got really bored,” and soon upped sticks for Bristol, where she completed another year of university before dropping out and setting her sights firmly on the city’s music scene. Bristol’s musical riches—which far outstrip its modest size—are well known at this point, and when Maass talks about her friends there, she may as well be reciting an A to Z of the city’s current electronic music luminaries. Bashmore, Kowton, Peverelist, Andy Mac, Addison Groove—these names fall casually into her conversation as workmates, clubbing companions, and lunch buddies; moreover, it’s clear that she’s not name dropping, especially when one takes into account her long-standing association with Chris Farrell’s excellent record shop/label Idle Hands.

“When I moved to Bristol, Rooted Records was still open,” Maass explains, referring to the one-time record-shopping institution. “Chris worked there and I got to know him by flyering and postering when I was a student. We bonded at a Floating Points gig and when he eventually opened Idle Hands, I begged him for a job, and after a while, he gave me one. I’ve become friends with so many great musicians through the shop—aside from Joe [Cowton (a.k.a. Kowton)] and Chris, people like Tony Williams (Addison Groove), Pinch, and Peverelist are all regulars and good friends, and seeing all those people doing really well was what really pushed me to finally start making music myself. Idle Hands is really the only place to go and buy new records in the city, so a really tight community revolves around it.” Though her increasingly busy DJ calendar means that Maass can only occasionally work at Idle Hands now, she still fits a shift in when she can and gets paid in records when she does.

However, even with the inspiring group of musical friends that Maass has found in Bristol, she also has a fairly obvious desire to make a change in the near future, and admits that she’s likely to leave the city sooner rather than later. “I have an incredibly short attention span,” she says, “so five years is a long time for me to spend in one place.” Making things worse is the fact that Bristol’s preponderance of top-drawer producers and DJs isn’t currently matched by its supply of good-quality, mid-sized clubs, and, as a promoter (Maass and a friend have a night called Housework, but there hasn’t been an edition of it in over a year because “there’s nowhere to do it”), one gets the feeling that this is a major source of her restlessness.

“I think London is the next logical step,” says Maass, “though I won’t go there unless I can afford to have a room that’s big enough to be my studio as well. Then maybe Berlin after that, but we’ll see. I’ll come back to Bristol if I ever have babies though I think, because I do think it’s lovely here.”

For now, Maass is more focused on building a busier schedule of DJ dates in the UK and around Europe (“they love me in Scandinavia, for some reason!,” she says with a laugh), along with a newly launched monthly radio show on Dalston-based online station NTS. (The first edition aired in mid-December and can be streamed here.) On the release front, she’s also preparing her fourth EP, which is slated to appear in February via the BRSTL label she co-runs. Maass confesses to being “nervous” about the record. “I’ve been on a bit of a roll with my releases, and with the reviews they’ve been getting,” she says, “and I feel like I don’t want to mess that up.” After hearing rough masters of two of the EP’s tracks, however, it becomes patently clear that she has nothing to worry about. One is a joyous piano-house banger, the other a taut, searing haze of siren-like pads and clacking, rebounding percussion. Both are superb, confidently executed floor weapons that speak to Maass’ fast-growing maturity and production skill set. One might even say they’re tracks fit for a queen—as long as they don’t say it to her, that is.