We catch up with one of Uruguay's most exciting talents. 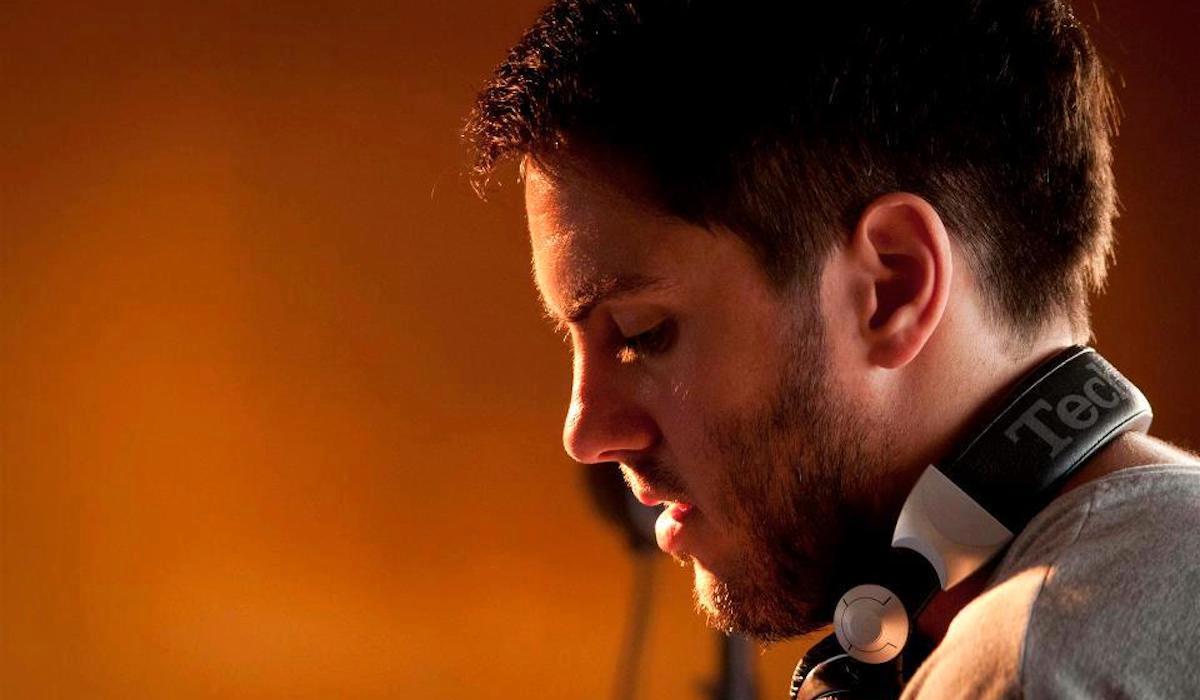 We catch up with one of Uruguay's most exciting talents.

Fernando Zapico (better known as Z@p) and I first meet over a coffee in Berlin’s Kreuzberg district towards the end of last September. It’s his last day on European soil, having been on the road for some time at this point, travelling to gigs across Europe and Asia. It was a tour that took him to Seoul, Tokyo, Kiev and beyond, before rounding things off in Berlin. All that’s left for him to do is kick back with a drink and enjoy the last of the German summer.

“I’ve been lucky to meet many great people and get a view of what’s going on in other scenes round the world,” he reflects. Though we are soon to part ways, our dialogue continues when he returns home to his native Uruguay. He resides in the South American country’s capital, Montevideo, a city that has sent considerable ripples through international underground scenes over the past few years.

Z@p is one of the fresher names to be picked up by that current. As his first global tour wraps up, he also looks forward to the release of his first EP in the best part of a decade. Sonic Utopia is out now on Vera and Alexandra’s Melliflow; a label that was founded less than a year ago, but has already clearly established itself as a pristinely curated outlet for new or under-the-radar talents.

The EP itself is very telling of Z@p’s attitude to music. The tracks, which were all recorded at different points over the course of the last six years, were selected with one purpose in mind—to create “a record with four cuts for different moments or times of a set.” That aim was certainly fulfilled, with each satisfying a different mood (from its darker moments to more upbeat ones, plus some weirder content to boot). In doing so, it bridges all variety of electronic genres, something he seems to be very conscious of doing. “As a DJ I do not like playing only one style in my sets. I think if you play the right stuff in the right way, then you can make a mix of everything, with it all still making sense.” It’s something that can only be earned by musical immersion and experimentation, which he does comfortably today.

He is not alone in this approach; In fact, it seems that many of the best DJs that take a similar attitude are his fellow countrymen. Leading the charge at the moment is Nicolas Lutz, but the likes of DJ Koolt, Omar and ambient specialist Melina Serser all tend to keep their selections within electronic music pretty broad too. Is it something in the water?

“The underground techno scene in Uruguay is nothing new,” he explains. “It’s been pretty solid for many years. In the mid-90s, an amazing French DJ called Bruno Gervais came to live here and influenced many of the artists you know today. They all became deeply involved in the music after hearing him play. Since then, those musicians have remained an important guide for the path of the scene—especially DJ Koolt, who still lives in Montevideo.”

A lifelong Montevideo resident, the Z@p we know today is truly a product of the local scene. Looking back to those early days, he reflects fondly on the mood of the city. “I had a group of friends who were older than me, who used to go somewhere called ‘Milenio,’ a techno club that was open for roughly a decade, from ‘97 – ’07. When I was 16, they invited me to go out with them one night. From the moment I got through the door, I was completely amazed by everything around me. The venue is a key part of Montevideo’s techno history and is the place that I met Edu [DJ Koolt]. It wasn’t only about the music, which was super underground and high quality, but also about the atmosphere and the people attending—there was real club culture there. It was a mixture of all sorts of urban tribes living together in that club, making the vibe particularly special.”

“I never stopped making music—I don’t think I would be able to do that! It’s my favorite language to express myself with and something that comes naturally to me.”

It was a defining period for the future of the country’s scene, and equally one for Z@p’s personal journey. After those early experiences, he eagerly jumped into the world of electronic music production, before learning to DJ a few years later; however, he had actually already been laying foundations over the preceding years. “I have always been self-taught when it comes to music. I played a bit of guitar during my teens (like a lot of children of that age). After I discovered electronic music, when I was 16 or 17, I started playing around on FruityLoops.”

His attitude to the whole process says a lot about his character. “I have never been too interested in getting involved in the advanced programming of synthesizers, or going very deep into the technical side of things. I prefer to grab my tools and get music straight out of them. Of course, I do study and have some knowledge about sound—it’s always necessary to understand the raw material you are working with.” The direct approach has certainly worked: his forthcoming Sendas EP on Frankfurt-based Traffic Records is one to look forward to. Arguably his best to date, it showcases his intricate production skills and deep-set feel for dance beats.

The quick one-two punch of record releases will more than likely be the first time most have been exposed to Z@p, yet he has been putting out his productions since the mid-noughties. Prior to the recent Melliflow EP, his discography records a significant period of inactivity. “I never stopped making music—I don’t think I would be able to do that! It’s my favorite language to express myself with and something that comes naturally to me. At some point I just stopped sharing my tracks with labels, keeping them to myself and close friends. I was trying to perfect and develop my sound, by giving myself a bit of time. I’m revisiting some of those projects now.”

In contrast to many of the music world’s leading protagonists, Zapico’s motives feel honest and sincere: his spirit remains the same as the 16 year old who just wanted to make some great tunes. He knows what he likes and he’s set on sharing it. But what is it exactly that keeps him so hooked? “One of the things that most attracts me to the whole thing, is the state of trance that certain rhythms and melodies can create. I believe this is something that comes from a long time ago—a characteristic of ancestral ritualistic music and dance.”

“Hearing my friends play music there has been always been amazing. Phonotheque has been a big inspiration—it has definitely shaped my sound over the last few years.”

With all those years of practice under his belt, he is now getting to the point of contributing something back to the newer generation of Uruguayan techno enthusiasts, who tread cautiously in his and his contemporary’s footsteps. He speaks passionately about one particular institution, which has gained international esteem since its inception back in 2013, and its role in the community. “Phonotheque is the kind of place where you can play whatever you want. You can take records that you can’t play anywhere else—you can experiment, take risks. Since it opened, there have been a lot of young people getting involved in the scene. Part of the Phonotheque project is to teach the newer generations, show them how we believe that things should be.”

As much as it guides the future of the scene, it has also been instrumental in Zapico’s recent past. “Hearing my friends play music there has been always been amazing. Phonotheque has been a big inspiration—it has definitely shaped my sound over the last few years.” It seems that today, Phonotheque plays a similar part to what Milenio once did. “Christian (the club’s owner and main organizer) and all the staff that work there have put so much love and work into it, taking care of every aspect of the experience. It’s something that you feel in the air when you enter the club.”

With such strong, deeply entrenched roots in a blossoming local scene, as well as constantly increasing international interest, the stage is set for Z@p. As this interview goes live, he looks forward to yet another tour of Europe this April, carting with him a bag of diverse, carefully curated electronic sounds. Undoubtedly, his upcoming Traffic Records release, scheduled to drop later this month, will turn yet more heads in his direction.

And it can only be a good thing. Z@p, primed to blow up on the international stage, can serve as another pillar of good taste, to keep pushing music forward. As time goes on and his confidence grows further, we should all be expecting big things from the Uruguayan.

Ahead of the release of hisSendas EP, Z@p has put together an hour-long mix for us. As promised, he feeds together all sorts of electronic sounds into a cohesive, enthralling whole. The mix is available to download and stream below.