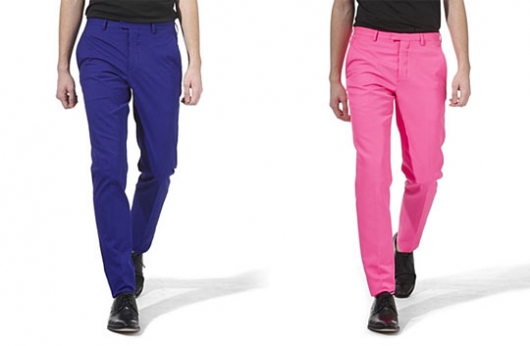 Casio G-Shock Watches
I’ve been feeling a real pull towards technical gear these days. The heritage trend that has dominated fashion for the past couple of years is putting me to sleep. In line with that whole vibe, you have the Timex military watches J Crew released a few years ago. Cool indeed, but I want something more futuristic. Casio G-Shock watches have always been a favorite of mine. Bright colors, lights, alarms, stop watches, and tons of buttons that I can’t figure out how to use. It’s like wearing a spaceship on your wrist. Next thing you know, they’re gonna invent a phone you can carry in your pocket.

Quaker Marine Supply Co. Hats
Quaker Marine is an old company from Philadelphia that has been making hats here in the States since 1949. Now located in Portland, Maine, they continue to produce some fantastic headwear on fine American soil. I’m particularly partial to long bill hats, and the good people at Quaker offer quite an array of them—from the Original Swordfish Cap to the patent leather brimmed Original Oysterman Cap. If the long bill is not so much your thing they also offer a few suede brimmed wool baseball hats that look quite fly. Come summer, I’m going with the Classic Sailing & Tennis Hat. Sort of Gilligan meets Cappadonna circa The Pillage.

Jil Sander Milton Slim Trouser
Jil Sander really did it right with the spring/summer 2011 colors. It’s mid-winter and I’m feeling pretty much like the human embodiment of dirty New York snow. I want to be feeling like a nice saturated blue. Is that too much to ask? With that out of the way, I’ve gotta say that these trousers are the tops—minimalist, simple, and classic. Jil Sander doing what Jil Sander does best, but this time with a burst of brights. Pardon the high price tag—I sell used clothing for a living so I can’t afford these either. Apparently nothing screams wealth like pink pants.