Components: The month’s wrap-up of the best in gaming 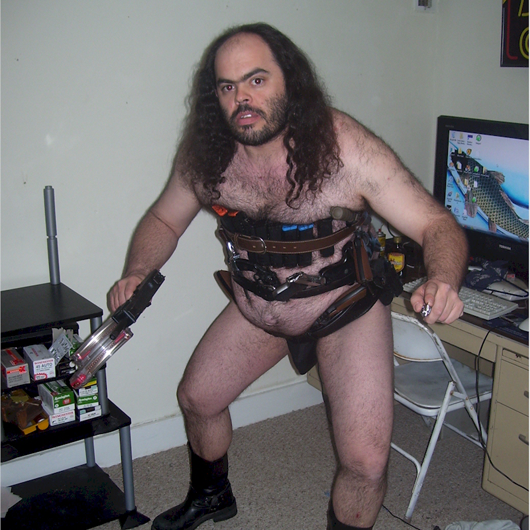 Components: The month’s wrap-up of the best in gaming

Okay, okay, you know the Guitar Hero drill by now. Play along to rock ‘n’ roll hits great and small with plastic whooziwhatsits… blah, blah, blah. What you may not know about Guitar Hero: Warriors of Rock, however, is that this time around, the game’s story mode focuses heavily on the lore of Rush’s 2112! Gene Simmons also apparently has something to do with it, but…2112! Yes, you’ll be able to play 90-plus other songs including those from Megadeth, NIN, and Buzzcocks. Yes, you can still hook up your DS to the Wii version to become a “roadie.” Hell, you even get a free copy of the new Soundgarden(!) album a week before everyone else if you buy the damn thing. But really, hearing the dulcet tones of Geddy Lee and Alex Lifeson narrate you through “The Temples of Syrinx” to destroy “The Beast” with the Power of Rock is really what you are paying for here.

Tom Clancy’s H.A.W.X. 2
Ubisoft; X360, PS3, Wii
Despite bearing the name of the almighty Clance, the original Tom Clancy’s H.A.W.X. did little to, uh, Goose the public’s interest, with laggy aerial battles and less-than-spectaclar graphic representations of both the environments and the planes—a cardinal sin when making a game about, you know, planes. Throw in the lack of online play and the game received a reception worthy of an Iceman. Tom Clancy’s H.A.W.X. 2, however, remedies all of those issues and then some. Taking the helm of American, British, and Russian jet fighters, with a cast and crew to match, you must quell various Middle Eastern insurgencies while doing battle with enemy forces over land, sea, and air in hyper-ramped-up dogfights that call out for an itchy trigger finger. In addition to the increased action, everything from the somewhat mundane (like taxiing and take-off) to the thrilling (battling alongside the Ghost Recon team, from another Clancy game, and UAV drone-piloting for precision stealth kills) is represented this time around, making H.A.W.X. 2 a real Maverick of aerial arcade action!

Halo: Reach
Microsoft; X360
Are you ready for more Space Marine madness?! Well, Microsoft is certainly ready to give it to you! Taking place in the days shortly before the original Halo kicked off a galactic firestorm, Halo: Reach follows the tale of Noble Team, a squad of pre-Master Chief Spartans who are earth’s last of hope of turning back an attack by the alien conglomerate known as the Covenant, which, as we know—SPOILER ALERT—didn’t really work out. But that’s okay, because it’s the journey, not the destination (or some shit), and boy, what a journey Reach is! At different times allowing you to choose from a small variety of all-new weapons and abilities, ranging from hologram decoys to jetpacks, with which to crush the alien hordes, Reach offers several new experiences for veterans of the series—even the ability to helm a starfighter, albeit briefly, in order to repel an attack on an orbiting space station. Pure badassery abounds here. In addition, no technical or visual detail has been left unpolished, making Reach the best-looking, best-playing Halo game in the series’ near decade-long existence by an impressively substantial stretch. It doesn’t stop there, either, as the game’s multiplayer capabilities take full of advantage of Halo‘s prestigious online multiplayer and level-building by re-imagining and significantly bolstering just about everything that has made the previous entries so popular. For any fan, Reach is a must-have. For any detractor, Reach will change your perspective.

Spider-Man: Shattered Dimensions
Activision; X360, PS3, Wii, DS
While most of us are familiar with the friendly neighborhood Peter Parker story of Spider-Man, there have actually been several Arachni-Dudes spread throughout many parallel universes, four of which come together in the far-out button-masher Spider-Man: Shattered Dimensions, each one displaying different strengths and weaknesses. After an artifact of arcane divination that affects different dimensions manages to get destroyed during a battle between Spidey and Mysterio—as those sort of things tend to do—it’s up to the four Web-Heads, ranging from a 1930s detective-style Spider-Man to a bio-mechanical badass, Spider-Man 2099—to bring order out of chaos. Expect plenty of Marvel mayhem as friends and foes across the various books drop in and out of this game’s tangled web of fanboy fury! RR

Super Scribblenauts
Warner Bros Interactive; DS
One of last year’s most surprising gems was undoubtedly Scribblenauts, a puzzle game that allowed you to type in the name of thousands of objects that would then appear before your eyes and then allow you to complete your goal… or just cause chaos, as we often did when conjuring the likes of Cthulhu and Santa Claus at the same time. Super Scribblenauts has not only stepped up the game’s controls and physics significantly, but improves on the already amazing object-summoning system with the ability to trick out your items with adjectives. Where previously you could write, say, “football” and kick it around the room, now you can perhaps create a “flaming football,” adding a whole new dimension to your puzzle-solving and/or mayhem production. Super Scribblenauts‘ library of items has also increased, though, unfortunately, typing “naked Daryl Hannah from Blade Runner” yields no good results. Despite this glaring oversight, Super Scribblenauts is an impressive and entertaining experience nonetheless.

Shaun White Skateboarding
Ubisoft; X360, PS3, Wii
Like some straight-up OG Picture Pages shit, with The Flying Tomato as the Mortimer Ichabod Marker to your Dr. William H. Cosby Jr., the ability to create and guide the direction of the surfaces you are grinding on as you do it in Shaun White Skateboarding is what separates this one from other successful franchises. And boy, does it make a difference! Decline of a hill not steep enough? Make it into a fibula-shattering monster on the fly. Want to extend that rail grind another 20 yards? Make it so! There is also a story mode that has something to do with Mr. White leading a rebellion against “The Man” or somesuch, but more importantly, did you even know Shaun White skateboarded? Or furthermore that he is a real person and not a magical snow elf that appears once every four years to hawk Red Bull? Nor did I, gentle reader. Nor did I. RR

Def Jam Rapstar
Konami; X360, PS3, Wii
You say you want to make a change from a common thief to getting up close and personal with Robin Leach? Do any of you junior thuggists even know who that is? He was the Queen of England in the ’80s! And if you want to meet him, as the Prince of Bed Stuy once did, then you best bust your freshest flows with this month’s Def Jam Rapstar! Featuring some of hip-hop’s greatest of all time, like Slick Rick and Uncle L, to more recent artists, like Kanye West and Lil Weezy, Rapstar offers a tremendous amount of options for both young up-and-comers (like yourself) and ill-ass vets (like us!) to flex their skills on the mic—karaoke-style or freestyle—over the backing tracks. Rapstar also allows you to videotape your performance, assuming your console has a camera, and upload it to the game’s site for the world to judge. Here we go, yo!

PlayStation Move
Sony; PS3
With the surprise success of the Wii and its waggle controls a couple of years back, it took the other guys a minute to catch up. But catch up they have, and Sony is next out of the gate this month with their personal-body-massager-esque PlayStation Move. The Move features a prominent light-up bulb on the end that, while looking rather risqué, is actually quite ingenious in that it changes colors depending on the game you are playing, enabling the sensor on the PS3 to more accurately sense motion and differentiate between players and their environment much more easily. Games you’ll be playing with your new toy range from what are basically extremely elaborate demos like Sports Champions, which includes everything from frisbee-golf to archery to bocce to a medieval gladiator sim to next year’s alien splatterfest, Killzone 3. The Move will of course be compatible with a plethora of other upcoming titles, including NBA 2K11 and LittleBigPlanet 2.