Components: This month’s wrap-up of the best in gaming 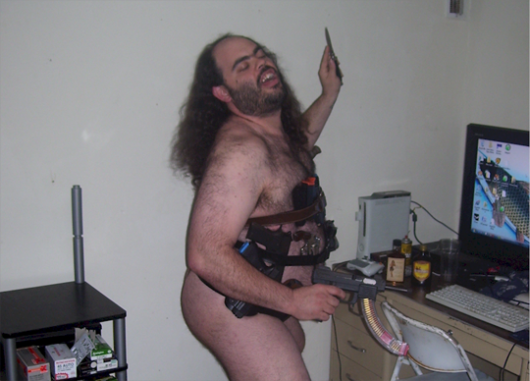 Components: This month’s wrap-up of the best in gaming

Remember college in the ’60s? It was pretty much the best, wasn’t it? Oh, you didn’t go to college? You went to fight in Vietnam instead? I see. That’s not so groovy, man. But hey, then you should totally be excited about Call of Duty: Black Ops! The latest in the mega-popular CoD series takes on those missions that “never happened” during the Cold War, placing you in the grimy boots of a Black Ops soldier stationed in other global hotspots of the time, like Cuba and Laos. New weapons, like crossbows and ballistic knives, have been added to the heart-pounding firefights, as well as a couple of opportunities to take on the Reds from the air. As always, expect a top-notch presentation, with the likes of Gary Oldman returning to his role as a Soviet soldier from the series’ last WWII entry, along with the always-awesome Ed Harris in the role of one of your teammates. No flower-power hippie bullshit here! All the way with LBJ!

Castlevania: Lords of Shadow
Konami; X360, PS3
Despite the recent pansy-ing up of the undead in film, there have been many awesome vampires throughout the ages—Jim Carrey, Grandpa Munster, Eddie Murphy, just to name a few. But few hold a candle to the OG blood lover himself, Dracula, who has time and again risen from his perennial dirt naps to torment the living, namely the Family Belmont… videogame-wise, anyway. So it should come as little shock that once again a Belmont finds himself up against impossible odds as he does battle with the agents of evil in Castlevania: Lords of Shadow. While most 3D console stabs at the venerable Castlevania franchise in recent years have fallen short of fans’ expectations since 1997’s phenomenal Symphony of the Night, Lords of Shadow not only restores the gothic franchise back to its former glory, but it does so with such style and panache that it outdoes just about every other adventure title of the past couple years. It’s evident that the game’s creators have a love for the older titles in the series—the 8-bit and 16-bit predecessors in particular—while understanding what today’s gamers expect. As Gabriel Belmont, you whip, slice, and magically assault the minions of darkness in an effort to put your wife’s soul at rest after a Drac attack sends her to what seems like an eternity in Limbo. The whole thing comes off like a hybrid of God of War and Shadow of the Colossus with the heart of Castlevania that pumps pure bad-ass. A joy to play, visually vibrant, and aurally engrossing, due in no small part to the 120-piece orchestra that created the epic tunes, as well as top-notch voice work by such guys as Patrick Stewart and Robert Carlyle, Castlevania: Lords of Shadow is one of the most engrossing titles you’ll play this year. And nary a sparkly pretty boy in sight.

DJ Hero 2
Activision; X360, PS3, Wii
Getcha scratch on, son, cuz here comes DJ Hero 2! Expanding further on last year’s terrific turntablism game, DJ Hero 2 features freestyle scratching, head-to-head DJ battles, megamixes, and over 80 mash-ups of 100-plus songs (Chemical Brothers, Rihanna, Jackson 5, Snow—that’s right. Snow.) all mixed by “major” dudes like RZA, David Guetta, and Deadmau5. Additionally, DJ Hero 2 allows for vocals this time, so your friends that are too frightened of touching the turntable controller will have something to do while you mix and crossfade your way to the main room at Limelight! If it were 1991, that is. More than likely, you’ll stay right where you are. Sorry.

Goldeneye 007
Activision; Wii
Remember college in the ’90s? It was pretty much the best, wasn’t it? Music wasn’t totally lame yet. The internet was only just starting to ruin/make everything great. But if there is one thing that epitomizes just how awesome the ’90s were, it has to be Goldeneye 007 for the Nintendo 64. Am I right, people? Well, just go ahead and pause your tape of last week’s Friends (spoiler: Chandler “bings” Monica), kick off your Tevas, and crack open a tall, cool Zima, because Goldeneye 007 is back! Kind of. This modernized remake of the 1997 classic has taken a few liberties—Daniel Craig replaces Remington Steel, and the story is slightly altered, which in turn has altered more than a few of the levels. Also, no Klobb. But rest assured that the new Goldeneye can still rock a dorm room with an online multiplayer mode that allows you to once again roam the Facility as Jaws, Oddjob, and Baron Samedi! Serenity now!

Rock Band 3
EA; X360, PS3, Wii
It’s that time of year again! Time… to rock, that is! Or at least get as close as a videogame ever has with Rock Band 3. While all the old music-game trappings remain intact, Rock Band 3 offers quite a bit more this time around for both casual and hardcore players. Most notably, Rock Band 3 adds the ability to kick ass on… the keyboard. As such, the powers that be have selected an even more diverse setlist this time around featuring many keyboard-heavy tunes like Marilyn Manson’s “Beautiful People” and The Doors’ “Break on Through (To the Other Side).” However, the glaring omission of Rush’s “Subdivisions” is something that will need to be addressed. While thrashing on keys may sound unlikely, keep in mind that this can also be slung over your shoulder—keytar-style—so you don’t feel quite as lame next to your axe-wielding bandmates, and it’s also MIDI compatible for when you feel like laying down some actual tracks. Two new guitar controllers will also be available for those willing to work a little harder in the game’s “Pro” mode, which offers players a chance to really learn their chosen instrument. The first is an actual guitar from Fender that has electronics built into it that detect where your fingers are on the fretboard, while the other, also from Fender, has a button for each note on its fretboard. All 102 of them.

Fable III
Microsoft; X360
Role-playing games are a tricky proposition. Sure, everyone wants to experience high adventure, but who wants to spend most of their time in faraway lands pouring over stats, menus, and inventories? You never saw Aragorn or Conan obsessively checking their hit points, did you? No, by Crom! Fable III does away with the numbers and instead displays the results of your actions as a member of Albion’s royal family right before your eyes. When it comes to items, those will be stored at your castle as your butler (voiced by John Cleese, no less) keeps watch over them. But more interestingly, all of your deeds will be reflected within the game world. Act like a murderous, thieving scoundrel and both the land around you and your subject’s loyalty will quickly begin to deteriorate, along with your good looks. But keep everything in order, and you got yourself one hell of a kingdom. Of course, just like in real life, your choices will not always be so easy. Getting drunk on mead, banging fair maidens, and contracting kingly STDs sounds great, but it can complicate things. Trust us.

Gran Turismo 5
Sony; PS3
The biggest name in racing games makes a triumphant return for the first time in almost six years with Gran Turismo 5. As it has been since its 1997 inception, realism plays heavily into Gran Turismo with over 1000 licensed vehicles, including everything from rich playboy rides like Lamborghinis and Mercedes-Benzes to the Toyota Prius and Tesla for you eco-conscious hippies. For the first time in the franchise’s history, Gran Turismo 5 will feature detailed vehicle damage as well as—wait for it…—Go-Karts! Why neither of these things was included up until now is a real mystery, but with so many cars and 70 different rubber-burning tracks, including a few real-world circuits like Daytona and the UK’s Dunsfold Park, we doubt you’ll have much time to ponder such enigmas.

Kinect
Microsoft; X360
Finally throwing their hat into the motion-controlled ring, Microsoft bestows Kinect upon us this month. However, there is no handheld wand for you to wave around like an idiot. No, for this one, you, the idiot, are the controller! The Kinect’s camera accurately recognizes you and your bodily flailing, translating it into action within compatible games, which include everything from sports and fitness titles to racing sims and even Harry Potter. As a party starter, you would be hard pressed to do better than Dance Central (MTV; X360), which takes you through over 600 dance moves to classic tracks from the likes of M.I.A., Lady Gaga, and Bel Biv Devoe(!).

Epic Mickey
Disney; Wii
Mickey Fucking Mouse: Millions the world over know him as the instantly recognizable, squeaky-clean harbinger of all things nice, benign, and Disney. However, did you know that he started off as kind of a mischievous prick? And that he has an older brother? An older brother that is also a rabbit? This is all brought to light in the monumentally impressive, and uncharacteristically dark, Epic Mickey. Created by cyberpunk RPG legend Warren Spector, Epic Mickey places the famous rodent in a once delightful retirement community for little-used Disney characters created by the Fantasia sorcerer Yen Sid (Disney backwards, get it?). Now, however, due to Mickey’s boundless curiosity and severe negligence with a can of magical paint years earlier, the world is blighted with ink-blot goons and clockwork fiends made to look like the mouse’s closest pals turning it into Cartoon Wasteland. Seriously, you will see a Donald Duck with missing eyes and Terminator robot arms as well as Goofy made to appear like some sort of trashcan zombie. Don’t even get me started on the mechanical monstrosity that is Dumbo. Truly frightening stuff. In order to return things back to sweet, sunny normalcy, Mickey must use Yen Sid’s magic paintbrush to create helpful items or use paint thinner to destroy tarnished objects and baddies within the world who are led by the Phantom Blot in conjunction with Mickey’s aforementioned brother, Oswald the Lucky Rabbit, whose jealousy over his sibling’s legendary ascent to superstardom has driven him completely nuts. And to take things even further down WTF Avenue, you can choose to either be the lovable, heroic Mickey we all know… orrrr you can chose to be somewhat of an asshole. Really. Either way you choose to play opens up new quests, alliances, and items as you traverse post-apocalyptic, steampunk versions of famous Disney attractions like It’s a Small World, Cinderella’s Castle, and even the Twilight Zone Tower of Terror. Admit it, every bit of this sounds as awesome as it does crazy. And it’s a giant teacup’s worth of both.