Cult of Personalities – 10 Things You Need to Know About James T. Cotton

No matter how much one knows about James T. Cotton, it’s a safe bet that […] 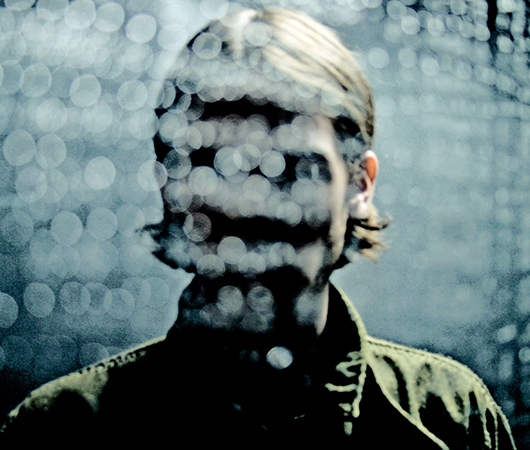 Cult of Personalities – 10 Things You Need to Know About James T. Cotton

No matter how much one knows about James T. Cotton, it’s a safe bet that […]

No matter how much one knows about James T. Cotton, it’s a safe bet that they only know a fraction of the story. Born Tadd Mullinix and also known as Dabrye, the Michigan-based artist has been subdividing himself into some of the coolest, most distinctive projects on the planet since the late 1990s. This week, he’s releasing a new, three-track EP as JTC, Valley Road (We Are 1), via Spectral Sound, so it feels like the perfect time to recall the work and play of this unique and versatile talent. After all, discerning heads have been raving about (and raving to) Mullinix’s music for well over a decade, but somehow, he’s remained quietly productive while happily flying underneath the mainstream radar.

Before there was James T. Cotton, there was Tadd Mullinix.
A suburban Detroit kid, Mullinix used to head to Ann Arbor and an influential record store and hangout spot called Dub Plate Pressure, where owner Todd Osborn and Carlos Souffront, a DJ then associated with electro/space-disco pioneers Ectomorph, held court in the late 1990s. As the story goes, this was also where Tadd met Ghostly International founder Sam Valenti IV, who started the label in the university town in 1999.

Dub Plate Pressure provided an entry point to all sorts of electronic sounds.
Yes, the small shop sold local techno and house releases, much like Detroit’s larger Record Time (where Mike Huckaby, Claude Young, and other Motor City producers and DJs worked), but it also veered into more experimental territory—its shelves included abstract German records on the Mille Plateaux and Force Inc. imprints, along with ragga, jungle, drum & bass, and breakbeat from the UK. This content clearly made an impact on Mullinix and the Ghostly/Spectral Sound ouvre to come.

In 1998, Mullinix collaborated with Osborn on a jungle/ragga/hardcore project called Soundmurderer & SK-1.
The duo recorded on Osborn’s own Rewind label, and later released material on Richard D. James’ Rephlex imprint and Mike Paradinas’ Planet Mu. Tracks from TNT, another collab with Osborn, are also worth tracking down, particularly if titles like Analog Acid Project and Analog Acid Project 2 sound enticing.

Mullinix always had a number of different projects happening simultaneously.
In 2001, Mullinix—operating under his own name—released Ghostly’s first full-length LP, the somewhat glitchy, IDM-ish Winking Makes a Face. But the same year, he also introduced two other projects on the label: Dabrye and James T. Cotton. As Dabrye, his One/Three LP began to hint at the leftfield hip-hop that would eventually become fully realized on 2006’s Two/Three, which notably featured Detroit producer Jay Dee (a.k.a. J. Dilla a.k.a. James Yancey), who sadly died that same year. The JTC release was an EP called Mind Manners, which presented a feverish recombination of Detroit electro, Chicago house, and the squelchy acid accents that married the two scenes.

Mullinix continued branching out in 2002.
That year, Dabrye released Instrmntl on Eastern Developments, a label run by Scott Herren (a.k.a. Prefuse 73). A few months later, his last production effort as Tadd Mullinix, a mysterious, limited, CD-only ambient release called Panes, was released via Ghostly. Both records are well worth digging for. That same year, Mullinix released another Ghostly EP under the name Charles Manier, with the a-side, “Bang Bang Lover,” remixed by James T. Cotton. The scorching track is now a strangely forgotten gem in the Mullinix/JTC body of work.

Mullinix also brought his music to the club.
Also in 2002, Tadd Mullinix and other Ghostly artists began to show off their DJ skills at a weekly party at downtown Detroit’s famed Shelter, a club in the basement of St. Andrew’s Hall, which normally functioned as a rock venue. The event was called Untitled and featured Matthew Dear, Derek Plaslaiko, Mike Servito, Mullinix, and others in rotation with special out-of-town guests.

Things didn’t slow down as the 2000s continued.
Momentum for JTC accelerated during the next two years with the release of the Buck! and Press Your Body EPs, not to mention the project’s excellent debut LP, The Dancing Box, all of which were issued via Spectral Sound. At the same time, Dabrye was gaining definition as a hip-hop beatmaker, releasing Payback in 2003 and Game Over, which featured Phat Kat and Jay Dee, in 2004. That was followed by Additional Productions Vol. 1, a 2005 release on Ghostly that featured Dabrye’s remixes for T. Raumschmiere, Trans Am, Bus, and other artists working similar margins of techno, acid house, electro, and hip-hop. Original Dabrye output tapered off following the release of Two/Three, but a smattering of remixes did continue to surface over the next few years, including reworks of Modeselektor, King Midas Sound, and Zero 7.

As Dabrye wound down, James T. Cotton heated up.
In 2006, JTC released two hammering 12″s on Holland’s Crème Organization label, Psychedelic Mindtrip and Pump the Planet; these were followed by a single-side jak called “Take ’em Off,” which dropped in 2007, and 2009’s King of the Box, a split release from JTC vs. 2 AM/FM (another Mullinix collaboration, this one with D’Marc Cantu). In the years that followed, JTC records appeared via a variety of European labels, including Killekill, MinimalRome, Shaddock, and Hoya:Hoya. In 2011, he offered up Creep Acid, which featured additional instrumentation and vocals by Cantu, on the Chicago-based Nation imprint, a label headed up by Melvin Oliphant (a.k.a. Traxx).

Mullinix’s creativity isn’t limited to the music world.
Unbeknownst to most JTC fans, and in customary understated fashion, Tadd Mullinix has been painting and exhibiting his art works at Detroit galleries during the past year. (His recent paintings can be viewed here.) This month, Mullinix is showing his visual work at the Red Bull House of Art in Detroit’s Eastern Market.

The new James T. Cotton EP is a bit of a throwback.
Valley Road (We Are 1) recalls some of the early JTC recordings on Spectral, mainly because of the pure joy, real sweat, and general sexiness contained within its three tracks. In a way, the record contains the best of what Mullinix brings to the project—rolling bass rhythms, a steady bounce, bass-drum thumps, and a smattering of handclaps for the kids surrounding the DJ booth. A savvy producer like JTC knows his history, and the title track manages to bring Chicago, New York, and Detroit together under a universal flag of US-based acid house. As expected, DJ Qu’s remix is solid, and the third track, “Alpha Helix,” brings to mind some of the best of JTC’s earlier productions, like the aforementioned Press Your Body EP and 2006’s Oochie Coo EP, another effort for Spectral. Though Mullinix hasn’t really gone anywhere—in truth, he’s been working steadily and releasing music for the past 15 years—the new EP feels oddly like a homecoming.