It’s a safe bet that just about everyone who really wanted to hear the self-titled, […] 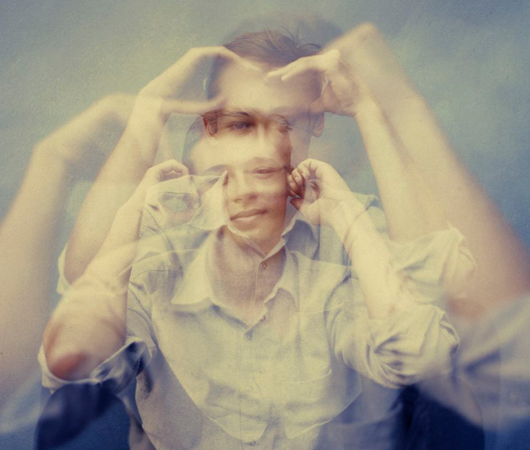 It’s a safe bet that just about everyone who really wanted to hear the self-titled, […]

It’s a safe bet that just about everyone who really wanted to hear the self-titled, debut LP by 21-year-old Australian Harley Streten (a.k.a. Flume) managed to do so well before it was “officially” released. In November of 2012 (exactly one year after Flume’s first live performance), a full stream of the album was posted to SoundCloud, just before local label Future Classic made it available for purchase on iTunes and other digital music stores. The requisite PR email blasts were sent to the appropriate media outlets, a handful of which took note and shared Flume with its readers. Another young producer’s work got its day in the spotlight, and the gears of the music world kept turning. Then, almost suddenly, something else happened: It blew the fuck up.

“It’s definitely been a shift of life in general over the last few months,” Streten tells us from his home in Sydney, though it sounds like a complete understatement. Around the initial release of his album, Califonia EDM outpost Magnetic called Flume a “phenomenon,” he was deemed “the future” by Australian website In the Mix, and the NY Times cited him as an artist to watch. After notoriously beating out One Direction and Pink for the #1 album slot on the Australian iTunes charts, he garnered rave reviews from various tastemakers, and eventually signed a deal with Mom + Pop, the US label currently backing upper-echelon indie-pop artists like Neon Indian, Sleigh Bells, and Metric. Subsequently, that aforementioned album stream was taken down, only to reappear a few months later on Complex as a “US premiere” from “one of the breakout beatmakers in 2013.” Now, Flume can be purchased on North American and UK iTunes, where it has been hovering around the Top 10 Electronic Albums chart alongside Thom Yorke’s Atoms for Peace album, Disclosure, Moby, and Daft Punk’s Discovery. It would seem that the world of electronic dance music has found a new golden boy.

Amidst the flurry of accolades and benchmark achievements hurtled at Streten, however, an integral element of the hype feels somewhat overshadowed: his actual music. The producer is quick to point out that his sound stems from the dancefloor. “House music is my roots,” he notes. “Just 4/4 music, essentially.” In an interview with Dazed, he also named The Prodigy, French club music circa 2006, and early-’90s trance as touchstones of his sound. The influences undoubtedly show through, but it’s important to note that—unlike Skrillex, Rusko, A-Trak, or any other such EDM artist working with similar genres—Flume’s songs have a more tender side, and identify closer to pop music than, say, dubstep or electro-house. Songs like “Sleepless (feat. Jezzabell Doran)”—which featured on XLR8R back when it was initially released by Future Classic in August of 2011, marking one of Flume’s first media appearances before it found its way onto an international Rip Curl ad campaign—are upbeat and easily likable, and sound something like a clear-headed brand of chillwave. But there’s more to Streten’s music; put off by the commercialization of dance-music culture, he eventually turned to artists like Flying Lotus and Shlohmo. “That [music] was a new thing for me,” explains the producer about his discovery of the LA beat scene. “It completely shifted everything I was doing, and had a lot of influence on Flume.”

And that’s an unfortunate reality about this widely publicized album. The truth of the matter is that nothing heard on Flume is something that hasn’t been done numerous times before, and—oftentimes—done in better, more interesting ways by artists like Lapalux, Groundislava, or even fellow newcomer Mister Lies. So, then, how—or better yet, why?—is it that Flume has found himself as one of the most buzzed-about electronic producers in recent memory? It would seem that he just happened to be the right guy (an unknown producer) making the right music (electronic-slanted pop) at the right time (the latest dance-music renaissance), and somehow, that perfectly wrapped package managed to find its way into the hands of some very capable managers and PR agents. To put it more simply, Flume’s music has serendipitously become the first official yang to the bombastically aggro yin of the recent EDM explosion.

In a way, Flume is a perfectly commodifiable product, as it’s an album which bears enough resemblance to EDM’s loud, overly simplistic beats and euphoric overtones while maintaining an unfamiliarity (or a “newness”) for the fans of that omnipresent genre. Some elated listeners have even gone as far as to describe Streten’s music as “experimental” on numerous occasions, but even a cursory listen of the single “Left Alone”—featuring the alterna-rock yawp of fellow Aussie Chet Faker—or intolerable party-rap anthem “On Top (feat. T-Shirt)” reveals that Flume is quite simply making straightforward pop music for Millennials. When it comes down to it, the only major difference between a track like the chirpy “Insane (feat. Moon Holiday)” and, say, David Guetta’s “Titanium” is that Streten eschews overt trance references in favor of some by-the-numbers nods to Kavinksy and Washed Out. Basically, this music is the product of whipping watered-down hip-hop and electro-house beats into a big production aesthetic, infusing them with a heavy dose of festival-ready ecstasy, and serving up the end result with a side of uninspired, radio-friendly vocals.

It would be easy to write Flume off as merely another maker of placid YouTube fodder, but what makes his debut LP so frustrating, though, are the moments of promising ingenuity sprinkled throughout. “More Than You Thought,” for instance, makes inventive use of clicking percussion, punch-drunk synths, and watery bass frequencies before the heavy tune flips into an ethereal drift colored in by some remarkably touching African samples. Unflinchingly likable, “Warm Thoughts” plays almost like a kind of Balearic hip-hop with its sunny piano samples and soft cooing vocals. And even though cuts like “Change,” “Ezra,” or “What You Need” come across sounding like the tweeny little brother of Lapalux’s and Shlohmo’s love child, their slick dynamics and tender vibes manage to offer a modicum of charm that can’t go unnoticed. There’s also the glowing, beat-driven “Stay Close,” a track that showcases Streten’s confident studio abilities while exhibiting a surprisingly mature and tasteful sound palette that is sorely underutilized.

Now that Flume has seen a proper release worldwide, it would appear that the biggest threat to its creator are the people exploiting its marketability, but he seems to realize exactly what’s going on and the dangers of treading in this territory. “With this stuff I’m doing now—making, like, crossover electronic music,” he explains, “I worry that in two or three years, it will become so hyped that it’ll get raped and commercialized.” He includes artists like Disclosure and SBTRKT in the pop-leaning dance sound he’s referring to, the one whose viability he fears will soon be compromised. “It’s so good right now,” Streten continues. “There’s so much good music coming out [of this scene], and there’s so much hype [for it].” He’s obviously not wrong, yet he nontheless seems intent to ride the wave as long as he can. Currently, Flume is ramping up for his showcase at SXSW, and will soon unveil a new live performance for audiences in Australia, Europe, and North America. “We just invested a huge amount of money in this big light show,” gushes the producer. “It’s this hexagon in an eye shape. It’s on a big stand with, like, six LED screens and a mirror on the back. We’re getting these projections done now that sync with every one of the tracks. It’s pretty bad ass.” He goes on to mention the eventual inclusion of a live drummer as part of his performance, and talks about plans to continually build his live show with each subsequent tour.

Clearly, Flume is making the most of his music and all of the praise that’s been thrown his way, but thankfully, he’s not one to rest on his laurels or pat himself on the back. “With the album, I did it. It’s there, it’s done,” he says with finality. “Now, I’m kind of moving on to the next thing rather than [trying to] make a copy of it because it was successful or whatever.” He’s currently at work on new material, and says that, while still electronic, it’s totally different from his debut album. “I’m confident in my abilities as a producer that this isn’t just the one thing I can do,” he explains without the slightest tinge of overblown pride, and it’s hard not to believe him. Even if Flume‘s misses seem to get more shine than its handful of hits, there is certainly something to be said for its creator’s talent as a young producer with an ear for winsome sounds. Streten obviously has abilities which he could very well cultivate, and he now has access to more tools than he likely would’ve thought possible even less than a year ago. All that’s really left to do is wait for the hubbub that’s inflating his album to die down; afterwards, we’ll see if Flume succumbs to the same siren song of crossing over that has lead many a budding artist astray.