DJ Rolando on Leaving Underground Resistance and Life After Detroit 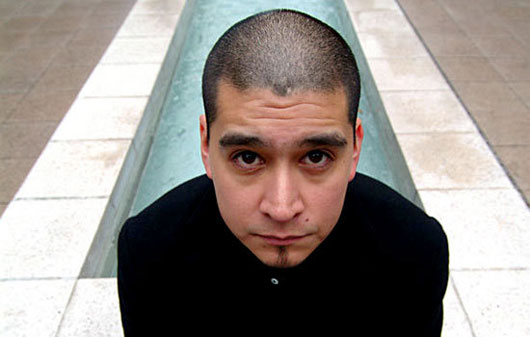 DJ Rolando on Leaving Underground Resistance and Life After Detroit

“Funky? I don’t even know what that is. I don’t even know what dubstep is,” says Rolando Rocha, laughing, on the phone from his new-found home of Edinburgh, Scotland. “I’m not sure if I should be ashamed of that or something. I mean, the first time I heard [dubstep], I think it was a year ago in Spain, and someone was playing it in the car on the way from the airport. And I was like, ‘Man, this is really hot, what is this?’ And the guy was like, ‘Dubstep,’ and I haven’t heard it since.”

Back in his original hometown of Detroit, where DJs and producers often keep hidden away in their studios or behind a militantly hard-stance, techno-first perspective, DJ Rolando‘s professed lack of knowledge might not be that surprising. But since he’s relocated to the arguably more worldly environs of Edinburgh, mere hours from dubstep’s and funky’s epicenter, it might strike one as hard to believe. But, as the saying goes, you can take a boy out of Detroit, but….

Growing up in the Motor City’s heavily Latino southwest corridor, Rocha was first influenced by traditional Mexican music, and the hip-hop that was sweeping the nation during his teenage years. “Latin music has always been a part of my musical identity,” says Rocha. “My father was musician in a Mexican band, so it’s in my genes, really. If I go back home to a wedding or to parties or whatever, it’s always there. In a way, it’s my secret little weapon as a producer.”

Indeed, Latin rhythms were already a main part of Rocha’s musical identity when he joined Detroit’s infamous Underground Resistance crew under the tutelage of Jeff Mills and “Mad” Mike Banks in the mid-1990s. His first release for the label, The Aztec Mystic EP, is not only a prime example of Detroit techno at its finest, but a fascinating musical document because of its subtle infusion of rhythms derived from musica norteña and other traditional forms, albeit sped up significantly.

But much of this seems like pre-history when compared with what happened when UR released Rocha’s Knights of the Jaguar EP in 1999 under his Aztec Mystic alias. Faster than Rocha or anyone from the UR camp could have imagined, the record’s a-side, “Jaguar,” was receiving play and accolades from across the electronic dance music world—DJs ranging from Detroit heroes like Derrick May and Jeff Mills to international superstars like Carl Cox and Paul Oakenfold were singing its praises. In short order, Rocha’s Knights of the Jaguar EP became the biggest-selling record that UR had ever released—and even 12 years later, it still holds that honor.

But controversy arose when, in 1999, Sony-BMG attempted to pass off an unauthorized, tone-by-tone copy of “Jaguar” onto the mainstream music market. While the majors’ effort failed, due to what Rocha recalls as “an outpouring of support from people who were ready to give the middle finger to the man,” it is still talked about as one of the more egregious contemporary examples of corporations trying to unfairly capitalize on a subculture which often consists of marginalized peoples.

Of course, despite his successful fight, DJ Rolando became synonymous with his one single hit. “I think that after the first couple years after the release of ‘Jaguar,’ it was always daunting,” he says, sighing. “People think that you need to do another ‘Jaguar,’ you need to do just as well or better or the same thing, but I didn’t and don’t want a bunch of my records sounding the same. ‘Jaguar’ was just a point in time… and it was quite magical, however corny that might sound.”

By 2004, Rocha was ready to leave Underground Resistance and Submerge (UR’s bigger distribution arm). Though it seems the separation wasn’t totally amicable, Rocha chalks it up to “needing to go my own way. We did our thing together,” he explains. “They’re still doing what they’re doing and I’m doing what I’m doing. But to me, that’s mostly history, man.”

Of course, resettling with his wife in Edinburgh also provided a geographic distance that helped Rocha move onto the next chapter in his life. “By this point, I’m a true Scotsman,” he laughs. “There’s definitely a lot of great music out here, and anywhere in Scotland, the crowds are amazing.”

Rolando seems to have been welcomed with open arms in the UK and the rest of Europe: He spins somewhat regularly at Berghain in Berlin, recently prepared a much-lauded mix for FACT’s popular podcast series, and the unimpeachable Ostgut Ton label has released his latest EP, 5 to 8. What’s more, Rocha’s sound has matured—while the lush synths and hard-hitting kicks of past releases are still extant, the b-side of 5 to 8 features “Junie,” a slow-burning, deeply grooving number that could easily be filed under downtempo. His abilities as a remixer have also been in high demand, with high-profile work done for Hudd Traxx boss Eddie Leader, NY producer Contakt, and Swedish duo Skudge. As far as future plans go, Rocha is working on two remixes, as well as finishing up a collaborative EP with London’s Nic Fanciulli for Fanciulli’s Saved Records imprint, which released Rolando’s The Afterlife EP in 2009. “Really, I’m just trying to keep the momentum going,” he exclaims. “I’m having a blast staying busy and creative, while balancing things out. It’s awesome that I’m being asked to do so many remixes—it’s a real honor, and the work is good and fresh—but you can’t just work on remixes, you know? I want to work on my next solo EP, too!”

But with all of this Europe-based work, what does Rocha think about what’s happening in Detroit, the epicenter of the sound that he helped bring to the fore again in the early aughts? “What’s interesting to me about Detroit now is that it seems like techno has taken a backseat to house,” he explains. “People like Norm Talley, Delano Smith, Theo [Parrish], and even newcomers like Kyle Hall—their names keep popping up everywhere, and what they’re doing is fantastic.” In the end, though, Rocha is definitely peeping more sounds from outside the D, as evidenced in his FACT mix and recent live sets. “There’s so much great music out there right now, [like] Zak from Minneapolis, better known as DVS1. And in terms of European stuff, I can’t help but dig that Berghain sound. I’m always into what Ben Klock and Marcel Dettmann are doing.” As a frequent visitor to Berlin’s most well-known club, Rocha considers the place and its residents to be a real inspiration, even more than music that’s been sprouting up in his own backyard—namely funky and dubstep. But truth be told, what might at first appear like musical blinders for Rolando, is likely more about the over-genrefication of sounds.

While style wonks (ourselves guilty as anyone) have been busy classifying every conceivable sound variation into tighter and tighter boxes, old-school heads like Rocha are often more willing to call a sound as they hear it. Let’s face it: “minimal” is just techno; “funky” is simply house; “dubstep” might as well be drum & bass v2.0. When a funky-leaning track like Contakt’s “Not Forgotten,” which Rocha has reworked quite nicely, is so similar in texture and rhythmic changes to the classic house and techno vibes of Rocha’s Los Hermanos project, distinguishing between the genres becomes a fool’s errand. More foolish still is to actually believe that Rocha isn’t keeping up, rather than just keeping coy. “I feel confident with what I’m doing at the moment, not trying to get pigeonholed into a certain style or sound,” he says, nearing the end of our chat. “[I’m] just staying busy.”

DJ Rolando’s 5 to 8 EP is out now on Ostgut Ton. Check out a chart from him, and our favorite Underground Resistance cuts, here.