Five Artists Not to Miss at Vancouver’s New Forms Festival 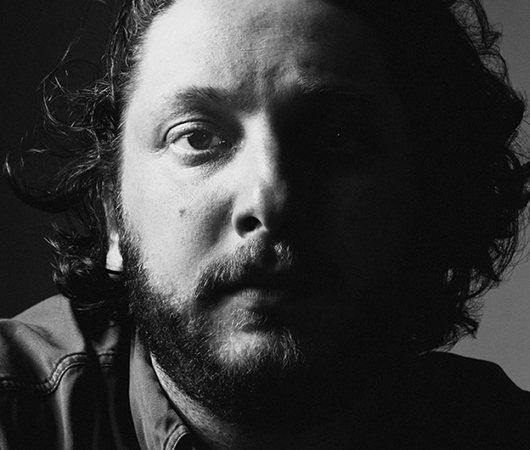 Five Artists Not to Miss at Vancouver’s New Forms Festival

Now entering its 14th year, the annual New Forms festival has consistently offered both forward-thinking music and contemporary art, with local and international musicians performing amidst full-spectrum light installations and large-scale video projections. Kicking off on Thursday at Science World on the shore of Vancouver’s False Creek, this year’s festivities feature some particularly on-point programming, with acts as disparate as Oneohtrix Point Never (pictured above), Visionist, Morton Subotnick, and Scratcha DVA all set to perform across the three-floor venue. While the overall quality of the line-up is hard to fault, the abundance of talent does mean that there’s a high chance of missing out on something worthwhile, so we’ve highlighted five certain winners to look out for this weekend.

Inga Copeland
Thursday, September 18
Former Hype Williams member Inga Copeland joins a slew of hazy, off-kilter live acts to kick off the proceedings, fresh from self-releasing her debut solo album Because I’m Worth It earlier this year. Copeland has a knack for claustrophobic productions (which are often complemented by her own distinct vocals), leading us to believe that she’ll be a natural fit inside New Forms’ intimate confines.

Madlib
Thursday, September 18
A prolific beatmaker and arguably the most high-profile name appearing at the festival, Madlib has had another vintage year, continuing his fruitful relationship with fellow LA rapper Freddie Gibbs and issuing another installment of his much loved Beat Konducta series. With an enviable record collection more than two decades in the making, and a masterful knowledge of just about every genre under the sun, Madlib is sure to take the New Forms crowd on a real trip. (Editor’s note: A few hours after publishing this piece, we received word that Madlib had unexpectedly cancelled due to unforeseen circumstances; he’s been replaced on the line-up by Dam-Funk.)

Lnrdcroy
Friday, September 19
Friday sees the festival shift toward a more club-focused line-up, with Cloudface, Hieroglyphic Being, Adam Marshall, and more set to showcase their individual strains of house and techno across two floors. Those that head out early though will no doubt be won over by the opening live set from Vancouver local Lnrdcroy, whose wonderfully refined take on classic rave tropes (as seen on Much Less Normal, his debut full-length for 1080p) are currently earning him plaudits from all over.

Helena Hauff
Friday, September 19
Hamburg native Helena Hauff has seen her profile explode over the last 12 months or so, thanks to a well-received debut on Actress’ Werk Discs imprint and collaborative efforts with fellow Golden Pudel resident F#X under the Black Sites moniker. However, it’s as a DJ that she really shines, effortlessly piecing together an extensive collection of electro, new wave, Chicago house, and acid. Even better, New Forms will be her first time performing in North America.

Dresvn
Saturday, September 20
Debuting in 2009 on a highly covetable 12″ for the Sex Tags Mania label, Dresvn is the collaborative project of Dynamo Dreesen and SVN, who head up the Acido and SUED imprints respectively. Pushing a warm, esoteric sound that’s defined by a minimal pulse and psychedelic impulses, the pair debuted its all-analog live show at Panorama Bar this summer, and will be heading to Canada for the first time to perform live alongside fellow Berlin residents DJ Sotofett, Fett Burger, and Finn Johannsen.